English literature was introduced as an essential component of Britain’s school curriculum in the early 20th century as part of a broader effort to create, inter alia, an education system based on culturally liberal principles. A significant number of its architects wanted to avoid the exclusionary effects of the traditional classical curriculum which had prevailed in 19th century British private schools. They were also wary of the overly mechanical training they feared would result if the sciences were prioritised to satisfy employers’ demands for a trained workforce. English literature, then, has a long association with a democratic and non-instrumental understanding of the broader aims of education. However, as a school subject, English literature has been a fraught issue from the start because of its uncertain epistemological status, especially when compared to the logical and conceptual nature of knowledge in maths and science. It is this marginalising of literary aesthetics that I address in ‘Literature as aesthetic knowledge: Implications for education and curriculum’ (Cuthbert, 2019).

Leavis (1998) placed a premium on the need to experience good literature, but he regarded such study as involving faculties of the intellect and imagination – personal experience and feelings may play a role, but only a secondary one. His understanding of literature owed much to the 19th century social and cultural critiques of Arnold, although Leavis was critical of his overly religious inclinations (Leavis, 1930). Differences aside, both could take the idea of canonicity for granted, and whatever substantive controversies arose the status of the literary text itself on the curriculum was assured.

In the section of my article that analyses a sample of questions on national exam papers for English literature, taken at the age of 16 years, from 1957 and 2011, I find important differences between them (Cuthbert, 2019). In the 1957 paper, the implied curriculum was largely based on practical criticism. This framing of the text firmly located the source of meanings at the level of the whole text and the study of themes, characters and literary language. The pupils’ personal responses were not wholly absent, but they were not the primary site of meaning.

By contrast, the questions on the GCSE English literature examination papers of 2011, organised into higher and foundation tiers, show the very different status and framing of the text. The centrality of the whole text is undermined by the presence of extract-based questions which candidates could pass with no reference to the rest of the text. The questions frame literature either along lines of a reductive version of linguistics/author techniques (higher-tier paper), or as a source of direct personal responses (foundation tier). There are faint, if unintended, echoes of an older form of elitism whereby women, working class and colonial subjects are posited as close to feelings, while superior beings are capable of more objective knowledge conceived as the linguistic substratum of literature. Both approaches are epistemologically, as well as ethically, deeply flawed.

The final, theoretical section of my article draws on Kantian aesthetics and symbolic representation in the works of Cassirer (1944) and Langer (1957) to make a case for literature as a form of knowledge whose object of study is our own subjectivity, notably our powers of imagination and interpretation. Cassirer’s theory of symbolic representation posits a symbolic unity of artistic forms in which the material substratum of linguistics and subjectivities of both writer and reader are subsumed. Through aesthetic interpretation and judgement, individual experience-based responses can be connected to meanings at a more general, universal level through an engagement with the mediating text. In this way, pupils’ direct responses, grounded in everyday experience, are revisable and extendable in ways that respect a level of pupil volition and the truth value of literature.

‘If literature is understood as either a therapeutic form of expression, or an objective knowledge only in its linguistic guise, then something important is lost.’

If literature is understood as either a therapeutic form of expression, or an objective knowledge only in its linguistic guise, then something important is lost. The loss is of an experience of aesthetic freedom when our inner energies and perceptual faculties are, temporarily, undetermined by external goals. Rancière (2009) argues that the distribution of humans’ sensorium is historical, and Kneller (2007) suggests the aesthetic and the moral share the element of disinterestedness. Taken together, they suggest that aesthetic theory could play a more moral and emancipatory role than its critics allow. Considering aesthetic possibilities in relation to the curriculum and pedagogy, I draw the following conclusions: whole texts need to be considered for their potential for aesthetic interpretation; we need to develop and work with a more developed account of literature beyond its representational function; and the hermeneutic dimension of language and literature need to be better understood.

This blog post is based on the article ‘Literature as aesthetic knowledge: implications for curriculum and education’ by Alka Seghal Cuthbert, which is published in the Curriculum Journal and is free-to-view for a time-limited period, courtesy of the journal’s publisher, Routledge.

Cassirer, E. (1944). An essay on man: An introduction to a philosophy of human culture (volume 52). London: Yale University Press. 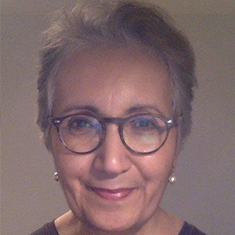 Dr Alka Sehgal Cuthbert is an educator, consultant and writer. Her research is located within the sociology and philosophy of education. She has published on English literature in the curriculum, and on the relationship between neuroscience and education.

The Question of Knowledge in the Curriculum