Tracked educational systems, such as many European systems for secondary education, are frequently associated with higher levels of educational inequity compared with comprehensive systems. ‘Tracking’, in education, refers to the placement of students into different school tracks, hierarchically structured by performance: students attend classes only with students whose overall academic achievement is the same as their own. The educational system in the Netherlands is highly tracked, with four vocational and two academic tracks to which students are assigned at age 12. To facilitate track placement decisions, a recommendation has to be made by the teacher at the end of primary education with regards to which secondary school track optimally fits the student, given that student’s potential. Secondary schools usually consider these recommendations carefully when assigning students to a track. Therefore, track recommendations play a decisive role: they determine future educational opportunities as well as career options. Basing track assignment decisions on teacher recommendations is a frequently debated practice among scholars, as several studies have indicated that teachers appear to be biased in their recommendations (Timmermans et al 2015; Pit‐ten Cate et al 2016). They consider not only student performance but also the students’ gender, socioeconomic status (SES) and migrant background. Bias in track recommendations may therefore be an important mechanism that contributes to educational inequity.

‘Track recommendations determine future educational opportunities and career options. Basing track assignment decisions on teacher recommendations is much-debated among scholars: studies have indicated that teachers appear to be biased in their recommendations.’

If bias in track recommendations could change over time, inequity in the educational and societal system could also change as a result. Our research team at the University of Groningen in the Netherlands therefore investigated whether bias in track recommendations in favour or against particular groups of students (according to gender, migrant background and parental education [SES]) is stable over time, or fluctuates with educational and societal developments. Our study (Timmermans et al 2018),* published in the British Educational Research Journal, was based on nine cohorts of Dutch students, numbering 63,405 in total, who were in their final year of primary education during the period from 1995–2014. Whether a recommendation was biased was determined by comparing the recommendation to the students’ performance on a standardised high-stakes achievement test.

While girls received track recommendations that were higher than boys in 1995, this difference was very close to zero in 2014. The decrease in gender bias could be explained by a growing awareness of the ‘feminisation’ of education and the greater attention being paid to the talents and needs of boys – also known in the Netherlands as ‘the boys problem’.

With respect to SES, track recommendation bias appeared rather stable over time. Given equal performance, students from low-SES families consistently had fewer opportunities to enter the higher secondary education tracks. Differences in track recommendations may result from teachers taking into account parents’ ability and resources to support their children, and the limited power of low-SES parents’ interactions with educational professionals. Parents from higher social classes exert greater pressure on teachers to obtain recommendations for academic tracks for their children.

*This blog post is based on the article ‘Track recommendation bias: Gender, migration background and SES bias over a 20-year period in the Dutch context’ by Anneke Timmermans, Hester de Boer, Hilda Amsing and Greetje van der Werf, which is published open-access in the British Educational Research Journal. 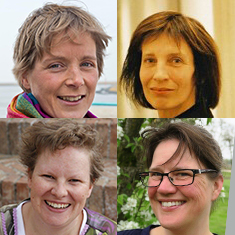 Anneke C Timmermans is assistant professor at the Faculty of Behavioural and Social Sciences of Groningen University. Her research interests are in teacher expectations, factors related to the transition from primary to secondary schools in tracked educational systems, multilevel modelling, and the validity and reliability of school performance indicators. In 2016, Anneke received an early career researcher award from the British Journal of Educational Psychology for the paper ‘Accurate, inaccurate, or biased teacher expectations: Do Dutch teachers differ in their expectations at the end of primary education?’ She is a member of the editorial board of the international journal Contemporary Educational Psychology.

Hester de Boer is a post-doc researcher at GION Education/Research of the University of Groningen, the Netherlands. Her research interests include the expectations and aspirations of teachers and parents and their influence on student academic performance, and the effects of the attributes related to the implementation and evaluation of educational intervention studies. Her methodological expertise is in meta-analysis and multilevel-analysis.

Margaretha P C van der Werf is full professor of learning and instruction and vice dean of the Faculty of Behavioural and Social Sciences at the University of Groningen, the Netherlands. Her main interests and expertise include educational effectiveness, civics and citizenship education, and the influence of psychological precursors of school success.