Curriculum policy in many countries in the period since the 1960s has aimed to provide a broad, liberal programme to all students as a route into common citizenship. My recent paper (Paterson, 2020) published in the Curriculum Journal assesses the success of such policies in Scotland using surveys of school students conducted throughout the second half of the twentieth century.

During that period, selection for secondary schools in Scotland was ended. Before the mid-1960s, as in many countries, Scottish secondary schooling was divided between short and long courses. In the 1950s, most students followed the short course, from where they went straight into work, or into managing a family. About one-third took the long courses, which provided a route into university or the professions.

Non-selective – or ‘comprehensive’ – secondary schooling sought to extend a full secondary curriculum to everyone. In the second half of the 1980s there was a radical reform of the mid-secondary curriculum, the main aim of which was to expand access to a broad curriculum at that stage and beyond. Previous research by Croxford (1994) and by Gamoran (1996) investigated the extent to which, during the reforming period, access to specific subjects was widened. The present research sets that period of reform in the much longer timescale from the early 1950s to the end of the century.

The data comes from surveys of school leavers or of students in the final years of school. The earliest was a survey by the Scottish Council for Research in Education of people who were aged 16 in 1952, and who were followed up annually until 1963 (Deary, Whalley, & Starr, 2009). The biennial series from 1976 to 1982 was of school leavers. The surveys from 1984 to 1998 were of 16-year-olds, followed up for about three years. These surveys were carried out by the Centre for Educational Sociology until 1990 and by the Scottish Centre for Social Research after that (Croxford, Iannelli, & Shapira, 2007). They collected information on the curriculum and assessment taken by students, and on demographic features such as sex, social class and parental education.

The analysis found that access to a broad curriculum was indeed widened over the period covered by these surveys. At each of mid-secondary and senior-secondary level, breadth was defined here to be gaining awards in English, mathematics, a natural science, and at least one of a language, a social subject (such as geography or history) or an aesthetic subject (such as music or art). At mid-secondary level – around age 16 – the proportion of all school leavers who had breadth of attainment rose from 2 per cent in 1952 to 20 per cent in the mid-1970s, 30 per cent in the late 1980s and 50 per cent in the late 1990s. There was expansion of breadth even among students from the lowest-status families. The proportion with breadth in families where the father was in an unskilled manual occupation and both parents had left school at the earliest opportunity was so low as to be undetectable in the early 1950s. It rose to 10 per cent in the 1980s, and to over 30 per cent among female students from this background in the late-1990s. The figure for male students was around 25 per cent.

However, in the highest-status families, the proportions attaining breadth rose much more, to around 40 per cent (for both females and males) in the 1980s, and over 70 per cent a decade later. Thus, despite the unprecedented access to curricular breadth that had been gained by the lowest-status groups, social inequality of access had widened during the comprehensive reforms. Similar patterns were found for the senior levels of school, at lower overall levels of breadth.

‘Despite the unprecedented access to curricular breadth that had been gained by the lowest-status groups, social inequality of access had widened during the comprehensive reforms.’

The crucial question was the role played by the specific reforms to the curriculum. Croxford and Gamoran had reported that, during the reforming period, there was a reduction of inequality of access to key parts of the curriculum – notably English, mathematics and natural science. The present analysis confirmed this for breadth, but found that this was probably not due to the curricular reform itself. Schools that pioneered the reform already, pre-reform, had lower inequality of access to breadth. Moreover, that was not because these schools had relatively strong access by low-status social groups. It was because they had weaker access by high-status groups.

Being able to see the reforms of the 1980s in the perspective of half a century of social and policy change is the advantage which comes from assembling Scotland’s uniquely long series of surveys of school students. Policy was required to put in place a new curriculum; but the results have shown that policy was not itself the reason why low-status groups gained unprecedented levels of access, nor why inequality of access widened.

This blog is based on the article ‘Curriculum and opportunity in Scottish secondary education: a half-century of expansion and inequality’ by Lindsay Paterson, published in the Curriculum Journal on an open-access basis. 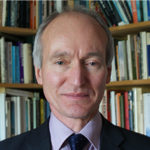 Lindsay Paterson is professor of education policy in the School of Social and Political Science at Edinburgh University. His main academic interests are in education policy, social mobility, civic engagement and political attitudes. He has contributed to many debates in Scotland since the early 1990s on the impact of education policies, and on the importance of policy implementation in achieving or modifying the aims of policymakers. He currently holds a Leverhulme Major Research Fellowship on education and society in Scotland.