Dido Harding was appointed as a Conservative peer (Baroness Harding of Winscombe) by then prime minister David Cameron in 2014. She is head of the NHS test and trace programme, and has been appointed as interim chair of the new National Institute for Health Protection.

Concerns have been raised about Harding’s appointments, in relation to:

We believe that the recent elevation of Harding illustrates a number of broader trends within public services that we can identify in education.

Harding’s predisposition towards assuming roles deemed not to demand substantive expertise or any obvious track record of success render her an ideal candidate for taking on a post in education. The normalisation of generic leadership skills as being applicable to any organisation means that access to jobs is gained through acquiescence to the prevailing ideology, being vouched for by high-status people and networks, and repudiating past affiliations. Such acts of cronyism are all too familiar where private individuals prosper from education. Cronyism is not interruptible by logic, facts or even failure. The installation of Harding, like the installation of CEOs of multi-academy trusts (MATs), is the result of the establishment of opaque, unaccountable networks that percolate the public education system and render it a more private affair. The CEOs of MATs, for example, enjoy the privileged membership of networks as sites of benefaction and reciprocity. Like Harding they exhibit a predisposition for entrepreneurial partisanship, enjoying privileged access to lucrative markets and wealthy patrons. This minimising of the public in public services is enacted from the playbook of successive governments over the last three decades.

Education professionals are accustomed to being responsible for delivering the state’s policy objectives. In these neoliberal times, they have been steered indirectly if effectively, through audit and performativity, for example, but also differentially where inspection allows for the routine exemption for schools rated ‘outstanding’. The scope of deliverability has arguably long been more extensive than professionals could bear, including for instance poverty. This trend is intensifying. Even policy objectives are now largely delegated away from public political arenas: the moribund neoliberal state, vacuous, has hollowed itself out and has nothing to say. This is operationalised in education through mechanisms including so-called system leadership, where these leaders take on responsibility for delivering the wholesale restructuring of education, including its risks.

Covid-19 is now revealing how education professionals are expected to solve issues that are political, systemic and national. Any lack of a solution will be attributable individually to leaders with, say, insufficient vision: therein lies the attraction. In such a framing, Dido Harding is not just a possibility: she is a necessity. She will embody individually the state’s failures to act and lead, and will take the blame and move onto the next posting.

The performance culture in education means that employment security and promotion depend on inspection categories and examination results. MATs detach the accountability of executive positions from the performance of the children who attend their schools. Consequently, the credentials for executive leadership are generic entrepreneurialism, corporate values and crisis management – whether successful or not. An individual who has ‘forged a career out of crises’ can be appointed while lacking credibility with the professionals who work within the school or service. When this individual comprehensively fails to fulfil the remit on which they were appointed, such underperformance is at best ignored and at worst rewarded, because any failure is attributed to the incompetence or non-compliance of professionals in classrooms. Huge CEO salaries in the largest MATs have been handed out (some with bonuses) regardless of how the schools within the trust have performed. One interpretation of this is that meritocracy has had its day, confirming the legitimation of inequality. Or perhaps it is more that the goalposts have shifted in respect of what constitutes ‘merit’ for those we task with responsibility for the oversight of our public services?

In summary, the ground is thoroughly prepared for Baroness Harding’s move into education: perhaps as a new head of Ofsted (or its successor organisation), or the CEO of a MAT, or a job that does not yet exist. 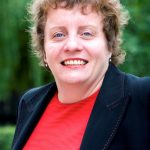 Professor Emerita at University of Manchester

Helen M. Gunter is Professor Emerita in the Manchester Institute of Education, University of Manchester. She is a fellow of the Academy of Social Sciences, and recipient of the BELMAS Distinguished Service Award 2016. Her work focuses on the politics of education policy and knowledge production in the field of school leadership. Her most recent books are The Politics of Public Education (Policy Press, 2018); with van den Berg, Howlett, Howard, Migone, and Pemer, Policy Consultancy in Comparative Perspective: Patterns, Nuances and Implications for the Contractor State (Cambridge University Press, 2020); and, co-edited with Veck, Hannah Arendt on Educational Thinking and Practice in Dark Times: Education for a World in Crisis, (Bloomsbury, 2020). 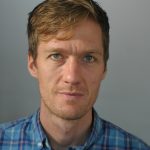 Senior Lecturer at University of Manchester

Paul Armstrong is a senior lecturer in education in the Manchester Institute of Education, University of Manchester. His research interests concern contemporary forms of educational leadership and management, and professional collaboration between educators. Paul has over 17 years’ experience in education research, leading on national and international projects and publishing across a number of areas, including educational improvement, networking, leadership, management and policy. 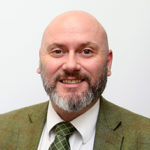 Professor of Sociology of Education Leadership at University of Manchester

Steven J. Courtney is Professor in the Sociology of Educational Leadership in the Manchester Institute of Education (MIE), University of Manchester. Steven co-leads the MIE research group, Critical Education Leadership and Policy, to which all the authors of this blog post belong. He uses critical sociological approaches to explore the interplay between agency and structure in education policy and leadership. 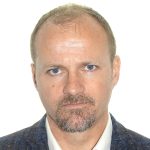 Senior Lecturer at University of Manchester

Alexander Gardner-McTaggart is a senior lecturer in educational leadership at the Manchester Institute of Education as well as academic lead for transnational flexible learning for the University of Manchester. His scholarship, research and teaching seek to better understand and articulate globalising pressures on education and its leadership through the lens of equity, distinction and power. His research interests are in educational leadership, international education, and global citizenship education. 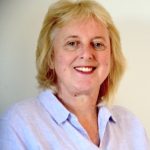 Lectuer In Education Leadeship and Policy, PGR DCO at University of Manchester

Belinda C. Hughes is a lecturer in the Manchester Institute of Education, University of Manchester, lecturing in contemporary issues of educational leadership. Her work focuses on policy studies, Hannah Arendt and educational leadership, specifically leadership of multi-academy trusts. Hughes was previously a teacher and headteacher, teaching in Hong Kong and the UK for many years. 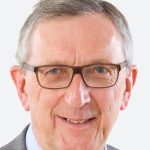 Senior Lecturer and Director of Teaching & Learning at University of Manchester

Stephen M. Rayner is a senior lecturer and Director of Teaching and Learning in the Manchester Institute of Education. He has worked in and with schools in England for more than 30 years as a teacher, senior leader, governor and education adviser. Stephen’s research interests include policy, leadership and teacher education. His research into academisation was recognised by a BELMAS award for his doctoral thesis and a best paper award from the journal Educational Management Administration and Leadership.

Money is not the solution to the teacher shortage – or is it?