Earlier this year the University of Manchester’s Institute of Education hosted the first of four events to support BERA’s research commission into competing discourses in early childhood education and care, which focussed on ‘School readiness: Why and for whom?’.

Pressures to ‘improve’ school readiness, as located within and measured by individual children’s ‘good level of development’ score have been robustly critiqued in academic literatures. Current measurement requirements are said to become constitutive rather than descriptive of children’s progress in ways that begin to shape pedagogies and children’s perceptions of themselves and others (Gorur, 2014). This, it is argued, may create educational ‘failure’ rather than ameliorate it, even before children start their statutory education (Roberts-Holmes & Bradbury, 2016). Others argue that ‘school readiness’ prefigures ‘work readiness’ – that children are conceptualised as ‘means’ and are instrumentalised in the service of national economic growth (Goldstein & Moss, 2014). Investment in early education – particularly for families living in poverty who are eligible for 15 hours per week of funded childcare for their two-year-olds – is conceptualised as colonising childhood and policing (working-class) mothers (Caputo, 2007).

‘I explored the views of parents, early years educators and young children themselves, approaching “school readiness” through the lens of child wellbeing in low-income areas in England.’

However, are these understandings shared by the recipients of, and those charged with implementing, early education policy? In a study conducted as part of my doctorate in education, I explored the views of parents, early years educators and young children themselves, approaching ‘school readiness’ through the lens of child wellbeing in low-income areas in England. The findings suggest a different set of priorities from those articulated by academics critical of early childhood education policy. Parents in this study reported the funded offer for their two-year-olds as being especially helpful; in particular, it developed their children’s pro-social behaviours and language acquisition. It also provided parents – particularly single mothers with little money and family support – with much-needed breaks and/or the time to take up training and employment opportunities. Good jobs were highly prized both for themselves and their children, and potentiated an escape from their current financial straits. Early education was supportive rather than surveillant of their parenting and aspirations. Linear and staged notions of child development, often criticised in academic circles, were reported by early years educators as protecting some children from their anxious parents’ unrealistic expectations of their educational progress. According to some of the early years educators in this study, ‘expected’ or ‘average’ standards could be helpful to children. Perhaps children have a right to be ‘average’?

Respondents to the study also endorsed views that comparisons between young children could be potentially damaging to their (children’s) confidence and self-esteem, especially those experiencing or at risk of poverty. But how, then, might it be possible to make a case for both the recognition of the existing resources of economically disadvantaged children and the allocation of more of the financial resources necessary for their educational achievement and life-chances, unless they are compared and shown not to be attaining the same ‘outcomes’ as their more advantaged peers? Why shouldn’t a child living in poverty in a low-income area like Cheetham achieve as much as an affluent child in Chipping Sodbury?

Should the views of the respondents to my study be dismissed as adhering uncritically to a neoliberal agenda of performativity? Perhaps academics, parents and early years educators are motivated not only by pressures to perform within neoliberal structures, but also by powerful, albeit differential, understandings of equality and social justice. Is it possible to reconcile these competing discourses in the service of young children’s wellbeing? And, if so, how? Respondents to this study indicated that there are missing discourses from early childhood education in England suggesting more holistic responses to families’ contexts.

The potential consequences and possibilities of these competing, complementary and missing discourses of social justice were explored in the symposium, ‘Re-thinking School Readiness’ at the BERA Annual Conference 2019 on Thursday 12 September.

Roberts-Holmes, G. & Bradbury, A. (2016). Governance, accountability and the datafication of early years education in England. The British Educational Research Journal, 42(4), 600–613.

School Readiness: Why and for whom? 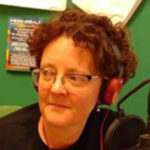 A former early years locality lead for Manchester City Council, Martina Street has recently been seconded to Manchester Metropolitan University to take up the role of senior research associate. Building on her previous work of co-ordinating services to support ‘better outcomes’ for young children, particularly those living in areas often characterised as disadvantaged, she will be supporting the development of a cross-institutional interdisciplinary programme of research on early childhood education and care. This research will focus on the ‘school readiness’ agenda in Greater Manchester. She is also an EdD candidate at the University of Manchester, researching young children’s wellbeing in low-income areas in England. She can be contacted at martina.street@manchester.gov.uk or on Twitter @MargoLescargot.