Public enthusiasm for classics and ancient history is currently high thanks to a number of high-profile classicists on TV and radio: Mary Beard, Edith Hall, Natalie Haynes, Tom Holland and Bettany Hughes, among others. Meanwhile, books such as Madeline Miller’s Circe and Song of Achilles, Pat Barker’s Silence of the Girls and Stephen Fry’s Mythos and Troy have won critics’ and readers’ awards, and set social media ablaze with praise.

‘Recent research has concluded, after analysing statistics from the Department for Education, that access to classical subjects at A-level relied on “wealth or luck”.’

It hopefully comes as no surprise, then, that there is renewed interest in the study of classical subjects in state-maintained primary and secondary schools. The Advocating Classics Education (ACE) project, established in 2017 with funding from the Arts and Humanities Research Council, supports schools to introduce classical civilisation and ancient history teaching into the curriculum (Hall & Holmes-Henderson, 2017). Classics for All, a national charity, helps interested and willing primary and secondary school staff to access appropriate training. Funding is provided by the Roman and Hellenic societies for books and resources (though many are freely accessible online). Teachers who want to introduce the Latin and Greek languages can do so with help from the Classics in Communities project (Holmes-Henderson, Hunt, & Musie, 2018). Together, these projects have reached more than 1,150 schools.

But there is a problem.

Seldom do these initiatives increase the number of students who have access to A-level teaching. Recent research (Hunt & Holmes-Henderson, 2021) concluded, after analysing statistics from the Department for Education, that access to classical subjects at A-level relied on ‘wealth or luck’. This research uncovered startling inequality of access across regions of England, with schools in London and the south-east being far more likely to offer Latin, classical Greek, classical civilisation and ancient history than schools in other parts of the country. Indeed, in 2019, a student was ‘four times more likely to be able to enter A level Latin in an independent school than in a state-maintained school’.

The research also revealed that:

These subjects, which allow students to engage with the ancient world in translation, are clearly much more accessible (at the point of delivery, at least) than classical languages. On analysing the data, however, researchers found that, ‘the A Level exam in these subjects does not seem to be providing a successful launchpad for students, in the numbers one would expect, for the universities for which the courses themselves have been designed’ (Hunt & Holmes-Henderson, 2021).

While the distribution of schools offering A-level classical civilisation and A-level ancient history was more evenly balanced across the country, the East Midlands and the north of England experienced more ‘classics poverty’ than other areas. A new network of working-class professional Classicists connect the lack of access to classics education in the state sector with ‘underrepresentation, lack of fit, imposter syndrome … even self-elimination from the discipline’ (Canevaro & Canevaro, 2021).

Hunt and Holmes-Henderson’s (2021) study highlights the fragility of classics in English schools and notes that it will take considerable and collective efforts from all corners of the classics community to address the access issues which the discipline faces. Positive steps have been made, but there is a long way to go: otherwise, as Professor Matthew Fox highlighted in 2018, ‘most children will leave school having had no contact with the subject beyond brief spells in primary school’. 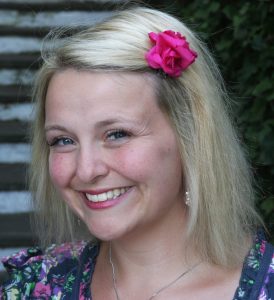 After studying Classics at Oxford, Harvard and Cambridge, Arlene qualified as a teacher. She taught for more than a decade in a range of schools in the UK and internationally, leading departments and assuming school-wide responsibilities. She holds a doctorate in Classics education and is a specialist in educational research, policy and practice. At King’s she works with Professor Edith Hall to (1) research the role of Classical Civilisation and Ancient History in UK curricula and, (2) to raise the profile and status of these subjects as viable options for study in UK schools. In addition to her role at King’s, she is a member of the Classics Faculty in Oxford where she leads the Classics in Communities project which seeks to understand what impact the learning of Latin has on children’s cognitive development. Arlene provides expert advice to a number of curriculum and assessment organisations around the world including the International Baccalaureate, OCR, Cambridge...