Much has been written, since the introduction of the duty on schools to promote ‘fundamental British values’ in the 2014 Ofsted inspection handbook, on the rights and wrongs of using education to promote ‘national’ values. A body of literature has now developed exploring the framing of these values as ‘British’ in the context of the Brexit moment, and its contribution to a racialised (Anderotti, Biesta, & Ahenakew, 2015; Smith, 2016), majoritarian (Habib 2018), stereotypical (Elton-Chalcraft, Lander, Revell, Warner, & Whitworth, 2017; Panjwani, 2017), securitised (Jerome & Elwick, 2019) and nationalistic (Bhopal & Rhamie, 2014) discourse on civic virtue.

Questions have been raised about teachers’ own agency and understanding of the concept, with some professionals paying lip-service to changes in policy priorities while maintaining the previous, more universalist framing of civic education in terms of human rights (Bamber, Bullivant, Clark, & Lundie, 2018) and community cohesion (Lundie 2019). At the same time, a new ‘industry’ of values education professionals has sprung up, often occupying the roles that community governors or local clergy would have played in the past, offering schools a distinctive ‘product’ in terms of values and ethos. In 2015 the Department for Education invested £2 million in ‘military ethos character education’, for example, while companies such as Values-based Education International offer a quality mark based on criteria such as the ‘inner curriculum’, moral vocabulary and nurturing the moral autonomy of students.

A colloquium at BERA Annual Conference will see the launch of a major new study combining ethnographic studies of schools, smartphone-enabled moral psychology daily diaries, and philosophical deliberations in order to understand the role of schools in developing young people’s values and worldviews. The colloquium will bring together members of a research team who draw on securitisation theory, decolonial approaches, analytic philosophy and British political history to interrogate the different ways in which the language of ‘fundamental British values’ has been adopted, employed, reinscribed and resisted by schools.

Since the 2012 re-authoring of the teachers’ standards for England, and the 2014 iteration of the Ofsted inspection handbook, a duty has been placed on schools to promote the ‘fundamental British values’ of democracy, rule of law, personal liberty, mutual respect and tolerance. While much has been written about the impact of the policy for schools, teachers and communities, this new study is unique in that it focusses on the role of mid-level policy enactors such as the charities, consultants and community representatives that schools often rely upon to help them build their ethos and values. We will also explore the ways in which teachers and other professionals interpret policies in the contexts of their own schools and local communities, through long-term ethnographic engagement.

The project team developed their colloquium around democratic pedagogies, bringing a range of voices and perspectives into the analysis of civic values education. Over the next 20 months, the project aims to achieve a better understanding of the ways in which civic values are presented to students in school, and to find out how this impacts on young people’s personal virtues, wellbeing and behaviour. As well as the impact of school policies and teaching practices, we are interested in how issues in students’ personal lives, such as poverty, religious faith and ethnic identity, might impact upon the ways in which students respond to different framings of the values of personal liberty, mutual respect and tolerance.

This research draws on the expertise of the Citizenship and Social Cohesion research programme at Liverpool Hope University’s Centre for Education and Policy Analysis, which has been exploring a range of issues relating to values in education. A recent study by Phil Bamber, Andrea Bullivant, Alison Clark and David Lundie (2019) in the Oxford Review of Education explored the sources of beginning teachers’ enacted understandings of the fundamental British values agenda, while a forthcoming special issue of the International Review of Qualitative Research edited by Joseph Maslen explores a range of issues relating to the teaching of British values.

The aim of this event, and our wider research, is to reflect on the new opportunities, as well as the threats and limitations, opened up by the emergence of these mid-level policy enactors, and the professionalisation and marketisation of school values. While increasing attention has been drawn to schools as places for becoming, the school is also, for the majority of young people, a place for being, for dwelling as the moral beings they already are, with their own deeply held commitments, worldviews and identities. At the same time as subjects that allow space for reflection and creative expression are being squeezed for curriculum time, schools are increasingly being drawn upon to tackle wider societal problems such as countering violent extremism and knife crime, as well as to tackle the growing mental health crisis among young people. By taking a closer look at the lived experience of school values, ‘British’ values and personal values, the researchers hope to call attention to this complex relationship between being and becoming.

This grant is funded as part of the Self, Virtue and Public Life project, a three-year research initiative, based at the Institute for the Study of Human Flourishing, University of Oklahoma. It is funded with the generous support from the Templeton Religion Trust. 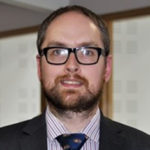 Senior Lecturer in Education at University of Glasgow

David Lundie is senior lecturer in the philosophy of education at Liverpool Hope University. He is the co-director of the Centre for Education and Policy Analysis, and associate editor of the British Journal of Religious Education. He is principal investigator on the project, ‘Personal Liberty, Mutual Respect and Tolerance: From Values to Virtues’. His book, School leadership between community and the state: The changing civic role of schooling is due for publication by Palgrave Macmillan in 2021.