A renewed call to ‘decolonise’ the curriculum has marked a shift in thinking about education and what should form the canon of curriculum content (le Grange, 2016). It has been amplified further here in the UK by the ‘Rhodes must fall’ campaign (Sabarathnam, 2017).

‘Here is how a statutory national policy directive for teaching and learning in schools can “whitewash” and “erase” broader ethnic and multicultural histories.’

A plethora of national narrative episodes and accounts remain unwritten by the national curriculum for history concerning mass-migration and settlement by people in the British Isles over the ages. One example is the British citizens from the 20th century African-Caribbean Windrush generation: their involvement in uprisings across cities in England during the 1980s in their ‘struggles’ with the oppressive and racist White-British led political system (Gilroy, 1987; Moncrieffe, 2018; Sewell, 1998). I placed these ‘violent cross-cultural encounters’ and ‘struggles’ in juxtaposition (see figure 1) with those from the past (Moncrieffe, 2018).

To be decolonial is to embrace epistemic discomfort. To be epistemically uncomfortable is a necessity. There is a broad currency of knowledge available for this when applying historical narratives from a broader range of migrant groups who have come to settle in the British Isles over the ages. It will take ‘commitment’ and ‘action’ (Chilisa, 2012) from initial teacher education providers to support and encourage trainee teachers to enact these approaches.This is because children in the key stage 2 primary school are already learning that ‘nation building’ and ‘national identity’ arrived from mass-migration and settlement involving ‘violent cross-cultural encounters’ and ‘struggles’ between different ethnic and cultural groups – Anglo-Saxons and Vikings. In contrasting the distant past with the more recent, congruent themes for study emerge: ‘power’, ‘control’, ‘order’, ‘equality’, ‘tolerance’, ‘mutual respect’. A focus on these can advance deeper historical inquiry on ‘nation building’ for understanding the development of ‘national identity’ by the broad range of ethnic and cultural groups arriving in the British Isles from around the world over the ages. I also see great possibilities in how the statutory education policy of ‘fundamental British values’ (DfE, 2014, p.5) can be applied to this teaching and learning, and through the nation’s multicultural history. A critical lens can be cast upon how the nation has come to learn and re-learn the meaning of ‘tolerance’ and ‘mutual respect of those with different faiths and beliefs’.

Dr Moncrieffe will be making reference to this BERA Blog during his lecture at the upcoming Advancing Teaching and Learning about Race Equality Conference at the University of Brighton on Tuesday 11 December. Click here for more information and to register.

Moncrieffe M. L. (2018) Teaching and Learning About Cross-Cultural Encounters Over the Ages Through the Story of Britain’s Migrant Past. In R. Race (Ed.) Advancing Multicultural Dialogues in Education (pp. 195–214). Cham: Palgrave Macmillan.

Moncrieffe, M. L. (2014) Reconceptualising Mass-migration Within the Primary School History Curriculum Master Narrative for a Broader Sense of Connection and Belonging to Britain and British History. In Workshop Proceedings: Sense of Belonging in a Diverse Britain (191–202). London: Dialogue Society.

Spivak, C. G. (1999) A Critique of Postcolonial Reason: Toward a History of the Vanishing Present. Cambridge, MA: Harvard University Press. 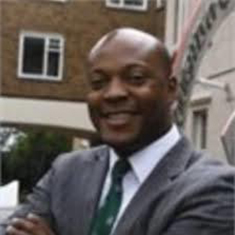 Dr Marlon Moncrieffe, formerly a primary school assistant headteacher, is a senior lecturer at the School of Education, University of Brighton, UK. His research focusses on using 20th century Black-British history in initial teacher education, for advancing approaches to classroom teaching and learning about British values and British identity.