Gender stereotypes continue to play a significant role in how children imagine their future careers, and in the long term, these stereotypes may limit opportunities for both boys and girls. We know that the perceptions young people have about careers are formed and consolidated at a young age, with some research suggesting stereotypes are evident from the age of seven (Chambers et al., 2018). In both Australia and the United Kingdom, there have been efforts to widen the participation of under-represented groups in higher education and in specific career pathways – one example of this is the extensive range of ‘Women in STEM’ initiatives.  Yet career choices continue to be shaped by gender stereotypes as young people have become more concentrated on fewer occupations (Francis et al., 2017).

‘Career choices continue to be shaped by gender stereotypes as young people have become more concentrated on fewer occupations.’

Our research (Scholes & McDonald, 2022) examines the career pathways of 7-to-8-year-old children in Queensland, Australia. As part of this research, we drew on data from a larger study to focus on the responses given by 332 children (156 boys and 176 girls) from 14 Australian schools in metropolitan, regional and rural locations to two short-answer survey questions about career aspirations. We asked the children to complete two sentences:

The children’s responses to the survey questions revealed that the top three jobs for girls (teacher, vet, arts (incorporating artist, singer, dancer)) and boys (professional sports, STEM, police/defence) reflected traditional feminine and masculine occupations. Furthermore, the children’s justifications for why they were interested in these careers illustrated how traditional masculine and feminine characteristics are deeply ingrained. More boys than girls justified their choices based on money and power, and more girls than boys justified their desires based on care and love. Our research also revealed that boys aspired to a career in STEM (34 boys or 22 per cent) at a much higher rate than girls (10 girls or 6 per cent) reflecting a continual under-representation of girls in these fields in Australia (Office of the Chief Scientist, 2020). However, we did note that STEM-related jobs did make the top 10 for girls in our sample, while this category is absent in the girls’ top 10 reported by the Organisation for Economic Co-operation and Development (OECD, 2020). This local variation may reflect the current educational efforts in Australia to attract girls into STEM (Murphy et al., 2019).

‘The children’s justifications for why they were interested in their chosen careers illustrated how traditional masculine and feminine characteristics are deeply ingrained.’

Our findings demonstrate how traditional constructions of masculinity and femininity remain an important factor in how children come to aspire to particular careers, despite a push within educational contexts towards more equitable gender participation. Yet we believe there are possibilities for change, particularly in the early years. Classrooms could provide more opportunities for young students to expand their understandings of gender – for example, play which expands girls’ beliefs about traditionally defined masculine roles and offers boys opportunities to positively embed traditionally deemed feminine characteristics and contribute in caring, nurturing and service capacities. We propose that as gender stereotypes are ingrained in children’s career choices in the early years of primary school, policy agendas to disrupt stereotypes and widen participation should start earlier in life.

This blog is based on the article ‘Year 3 student career choices: Exploring societal changes in constructions of masculinity and femininity in career choice justifications’ by Laura Scholes and Sarah McDonald, published in the British Educational Research Journal.

Children and Childhoods Sexualities and gender 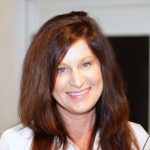 Laura Scholes is an associate professor researching gender and literacy at the Institute for Learning Sciences and Teacher Education, Australian Catholic University, Brisbane, Australia. She was awarded a Discovery Early Career Researcher Award (DECRA) from the Australian Research Council (2017–2020) to research constructions of gender in schools that interplay with student experiences in the classroom. Laura has contributed to more than 120 scholarly works including four books. She regularly publishes in a range of international journals, including Teaching and Teacher Education, Gender and Education, the British Journal of Sociology of Education, the Cambridge Journal of Education and the British Educational Research Journal. Her research interests focus on the relationship between education and student experiences, socio-cultural studies of education and change, and student identities and engagement. 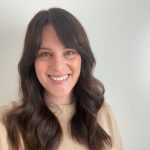 Lecturer at University of South Australia

Sarah McDonald is a lecturer based at the Centre for Research in Education & Social Inclusion in UniSA Education Futures, University of South Australia. Her research interests are in gendered subjectivities, girlhood, social mobility, social barriers and inequalities in education. Sarah’s first co-authored book, Gendering the First-in-Family Experience: Transitions, Liminality, Performativity was published by Routledge in 2022.