Think of a disciplinary area, give it the label Neuro, activate a Google search and you are bound to come up with a huge number of hits. Education is no exemption and the scope of application is extensive. You are not alone if you find the burgeoning reference to Neuro difficult to comprehend. This post piece will identify two factors that determined the infiltration of Neuroscience into Education, identify the main areas of focus during the previous 25 years and briefly comment on its current influence and direction of travel.

Developments in digital technologies during the 1980s, specifically the capacity to store massive amounts of data and manipulate it with speed meant that methods for investigating the biological functioning of the brain could be advanced (the event related potential, ERP) and a new method established (functional magnetic resonance imaging, fMRI). Gradually these methods became available to an increasing number of Departments of Psychology and it is the evidence collected in these contexts, using these two methods, which was deemed to have potential for informing Education. Then in 1996 the influence of Neuroscience in Education was given a considerable boost when Hilary Clinton cited three strands of Neuroscience as significant for Early Years policy. Inevitably Clinton’s views attracted considerable media coverage. Similarly, the fMRI images were popular with the media when it came to illustrating their articles. Who isn’t susceptible to the allure of looking inside the brain even though most of us are not able to interpret what it means.

In 1999 the OECD responded by instigating a project to foster collaboration between Neuroscience and Education with a focus on literacy, numeracy and lifelong learning. The executive summary published in 2007 acknowledged the value of an Education perspective ‘existing knowledge and everyday observation’ ascribing Neuroscience’s potential as ‘enabling the move from correlation to causation – understanding the mechanisms behind familiar patterns’. However, for the individual student the classroom is a complex context of experience embedded within an even more complex out of school existence. Experience is time based and at a biological level the brain is sub serving the experiential which means that the OECD expectation of causal explanation is difficult to achieve when applied outside of the laboratory. Not all children thrive in the classroom and so it is unsurprising that a common focus emerged that involved building a conceptual bridge between Cognitive Psychology and Neuroscience directed at determining whether there was a biological explanation for the cognitive profile of dyslexia, dyscalculia, autism and ADHD.

neuromyths have tended to dominate

For the teacher, educator and parents, neuromyths have tended to dominate conversations about the value of Neuroscience for Education. The OECD executive summary had drawn attention to some misconceptions (neuromyths) that arise when Neuroscience evidence is extrapolated or misappropriated. Some of these were incorporated into classroom practice by providing advice to parents and teachers (for example, that students should drink six pints of water per day), as products that exploit the neuro label (for example, Brain Gym), or as adjustments in teaching style (for example, accrediting a preferred learning style to the individual student and targeting that style). A considerable amount of academic energy has been invested into dispelling these myths. The task is not yet complete. A current area of concern is the marketing to the general public of products, pharmacological and neurofeedback, that purport to enhance learning. The evidence base and ethics for such interventions being directed at school-aged children is underdeveloped. Furthermore, traditionally such interventions have been curated by those with appropriate professional expertise i.e. health professionals.

A focus on removing neuromyths from Educational practice and on building bridges between Cognitive psychology and Neuroscience is important. However, they should no longer be the dominant conversations. In order to relate neuronal processes to viable and effective application in practice a methodology that evidences both the situated nature of learning and its embodiment in the neural processes of the brain is required. It is why the developing collaborations are timely as it increases the likelihood that a methodology for Neuro-Education can be developed that will be accepted and respected by all the disciplines involved. The links to three UK centres are provided. 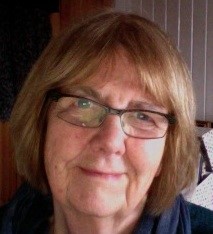 I am a psychologist with professional experience of innovating with technology in both Education and Health and at a personal level for sustainability.

My early experience was in mental health (MRC Clinical Psychiatry Research Unit) and then in the Department of Neurophysiology UCLH/ION developing investigative techniques (ERP, EEG). I moved into teaching so that I could accommodate caring responsibilities and then into HE (Open University) where I gained extensive experience of digital education. I co-convene the Neuroscience and Education SIG at BERA sand I have recently submitted a thesis for a PhD in Educational Neuroscience. I occasionally tweet about Educational Neuroscience @jouneywithtech.

Techno-science products for Education. What is on the horizon?