Schools are bombarded with products and courses that claim to be informed by research in Neuroscience and/or Digital Technology. Despite warnings from the OECD, the Royal Society (UK), the Wellcome Trust (UK) and Deans for Impact (USA), about the over extrapolation of science it is unsurprising that schools ‘buy into’ these products. A web of interrelated influences is determining how schools make spending decisions: government’s unrelenting pressure for school improvement, government’s adulation of techno-science (as a driver of the economy), the marketing might of the techno-science industry, the media’s tendency to hype innovation claims.

Affective Computing is one techno-science product that will arrive in the education marketplace. In the life world we express emotion, and interpret emotion in others, in a variety of ways. Affective Computing technologies are machines programmed to collect and interpret that information. The HE Horizon report for 2016 has just been published and it predicts a time to adoption of 4-5 years. The Horizon reports are collaboration between the New Media Consortium and the EDUCAUSE Learning Initiative (HE), Consortium for School Networking (K12) and are a useful source for a history of techno-science in education (1). Reports have been produced yearly, for Higher Education since 2004 and from 2009 for K-12. Each report draws on the expertise of a large international community of experts who collectively identify six emerging technologies for potential impact on Education, two within 1 year, two within 2-3 years, and two within 4-5 years. In general Horizon predictions: ubiquitous wireless in 2005, social networking in 2007, mobiles and cloud computing in 2009, electronic books in 2011, tablet computing in 2013, have been realised.  K12 has mostly mirrored the HE sector albeit with a lag of up to three years.

Technology forecasts made in the Horizon reports deserve attention before their arrival in the educational marketplace. Education has undoubtedly benefited for example, adult part time distance education students who use technologies such as mobiles and forums for discussion and collaborative activities with peers, from a place and at a time that is convenient. These technologies allow institutions to offer pedagogy that was not previously available to Distance Education. By contrast, virtual worlds have been much less successful. Second Life (SL), a commercially owned platform that provides users with facilities for constructing virtual objects and a virtual representation of self (avatar) was launched in 2003.  Most HE institutions in the UK invested financially in SL estate however; by 2011 it was largely abandoned by Education. SL was trumpeted as a superior online context when compared with text based forums.  The key claim, that it provided an immersive online experience, drew on ideas about ‘embodiment’ (neuroscience) and  ‘presence’ (communication) that were uncritically translated to learning contexts.

Emerging technologies such as SL tend to attract journal special issues and dedicated conferences yet critique of their educational value is sub-optimal. For example, Stanford University will host the first conference on ‘wearables for learning’ in November 2016 (2) Wearable technologies are incorporated into jewellery, clothing, footwear and were first listed as an emerging technology in the 2013 Horizon report. In the call for submissions the 19 topics are more focused on how to develop and introduce wearables to education than why the technology may be of value. Educational products that work best are those that target a problem already identified by practitioners for example, being able to offer a socio-cultural pedagogy to students studying at distance, the sophisticated video software from IRIS so that teachers can appraise and discuss real life practice and student behaviours with colleagues (3).

There are other issues; the ethics of quantifying the student, the validity of the physiological data collected, and the substantial question of how to theorize affect 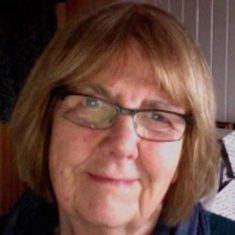 Kathy Robinson is a psychologist with professional experience of innovating with technology in both Education and Health and at a personal level for sustainability.

Her early experience was in mental health research and then at the Department of Neurophysiology UCLH/ION developing investigative techniques (ERP, EEG). Kathy moved into teaching so that she could accommodate caring responsibilities and then into HE (Open University) where she gained extensive experience of digital education. She holds a PhD in Educational Neuroscience (UCL) and occasionally blogs  and tweets @jouneywithtech about #edneuro and #edtech  particularly their interrelationships.

Why the Neuro label and what does it mean when applied to Education?