England continues to have a long-standing problem with recruiting and retaining teachers. Despite high-profile policy discourses such as those in the 2022 initial teacher training (ITT) market review pledging to make ‘England the best place in the world to become a great teacher’, this problem remains (see for example Walker, 2022).

As a means of supporting new teachers, the Department for Education’s early career framework reform extended the induction period for new teachers from one year to two years, with this coming into force in September 2021. However, analysis of the government’s consultation reveals that the decision to extend the induction was not based on the responses received by that same consultation.

‘Analysis of the government’s consultation reveals that the decision to extend the induction period for new teachers from one year to two years was not based on the responses received by that same consultation.’

During the government consultation, when asked directly if the induction period should be extended to two years, 39.74 per cent of all respondents answered ‘yes’, 8.15 per cent answered ‘another amount of time’, 47.63 per cent were in favour of keeping it at one year, and 4.48 per cent, did not know. Fewer than 40 per cent of the respondents reported that they would welcome a two-year induction, which suggests that the respondents’ views were overlooked, and that the decision-making was led by an obscure motive and not by the data itself.

What is perhaps more unsettling is the marginalisation of early career teacher (ECT) voices in the consultation. The consultation took place from December 2017 to March 2018 and received 1,932 responses – of these only 196 came from ECTs. Responses were not grouped by demographic, so it is not clear how the ECTs responded to this question during the consultation. What is clear, however, is that very few new teachers participated in the consultation. For decades newly qualified teachers (NQTs) were encouraged to participate in a government led NQT survey. This survey was scrapped after 2017. The survey which contacted thousands of new teachers could have provided an opportunity to pose this question to those who are directly affected by it and to allow their voices to be heard.

My own research focuses solely on the voices of the new teacher. In a medium-scale survey of 159 ECTs (which took place before the implementation of the two-year induction), participants were asked if they would welcome a two-year induction period, a substantial majority (66.2 per cent) of whom answered ‘no’. Those participants who were interviewed echoed this sentiment and elaborated that a two-year induction would be of little value to them as it seemed repetitive and perfunctory. As one interviewee emphatically put it: ‘I think it would be completely pointless, because I feel like it would be more of a hindrance.’

If the data is at odds with the decision-making, where did the decision-making come from? The implementation raises many questions relating to the benefits of extending the induction programme. Frustratingly, the government’s recent interim evaluation report, is only based on the findings of the experiences of ECTs and their mentors during the first term of their two-year induction (see Pollard et al., 2022). No data was collected with regards to satisfaction of the new length of the new induction period. Worryingly, early challenges include the extended induction period adding to the already overburdened workload of teachers. Does it seem right therefore to extend this period of induction work? 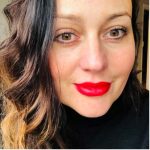 Ania Atkinson has 17 years’ experience teaching, training and lecturing in education, including: four years as an hourly paid lecturer at Nottingham Trent University; and three years at an international university in Thailand as a full-time lecturer and BA programme leader. Throughout this time, she has been actively engaged with curriculum and policy development and has had a hand in shaping whole school policy and strategy. She is currently in the final stages of writing up her PhD: ‘The Early Career Teacher (ECT) experience. An exploration into the learning needs of ECTs in England, through the lens of Rousseau and Émilian autodidacticism.’ Her project aims to fuse Rousseauian philosophy with educational praxis by evaluating ECT learning needs against the landscape of the autodidactic learning approach presented in Rousseau’s Émile (1979). Ania has recently joined Nottingham Trent University as a full-time permanent member of lecturing staff.