Ethnography has evolved for digital contexts in the form of netnography – researchers working with data originating from digital imprints of natural, public conversations (Kozinets, 2015). This blog can be thought of as a companion piece to Diana Tremayne’s 2018 blog, as our netnographic research intersects somewhat methodologically.

I use critical netnography to investigate further education (FE) teachers’ informal professional learning, analysing digital personae and what is revealed about identity. My research contrasts with Diana’s in that it uses a non-participatory approach to analyse the tweets of three educators’ communities over six months in order to develop a thematic model of discourse. I planned to use selected tweets to convey a rich picture of significant themes, and to inform subsequent interviews with teachers active on Twitter.

Netnographers must give serious consideration to ethical issues, particularly during solo research. BERA’s Ethical Guidelines state that research must respect the ‘privacy, autonomy, diversity, values and dignity’ of participants; trust is an ‘essential element’ (2018, p. 12). However, researchers are ‘not equipped’ by traditional ethics frameworks to face the challenges of emergent digital domains. Some writers find that ‘one size fits all’ ethical approaches impractical (Townsend & Wallace, 2014, p. 3). Others disagree, criticising digital ethics addenda and contending that overarching guidelines can be constructed (Williams, Burnap, & Sloan, 2017). These tensions lead netnographic researchers into an ethics hinterland, requiring personal interpretation.

Tweet authors may not consider the potential use of their posts by researchers. We must not assume that public data can be used ‘without consent’, and instead must remain ‘attuned to differences’ between content specifically written for public consumption (such as a blog) and emergent, spontaneous dialogue. There is ‘no consensus’ on whether Twitter users view their data as public or private, even if usage terms mean that rights are waived. Social media platforms blur boundaries between public and private data, so consent should be addressed on a case-by-case basis (BERA, 2018, pp. 10–11).

Twitter maintains evolving usage rules, ‘an open ecosystem’ acknowledging parallels with evolutionary processes. Users grant Twitter worldwide license to ‘reproduce, process, adapt, modify [and] publish’, to transmit content and allow other Twitter users to do the same, making dialogues ‘available to the rest of the world’ (Twitter, 2019, p. 1). Some Twitter users draw attention to considered posts using #hashtags, making them easy to follow; others respond hastily – flippantly, even – during spontaneous dialogue. We may be unsure which is which when we use the data.

‘Can we, then, claim that data use is ethical once that data is public? It is tempting to conflate Twitter’s data re-use conditions with informed consent, but this is problematic if complex legal terms are not fully understood.’

Can we, then, claim that data use is ethical once that data is public? It is ‘tempting to conflate’ Twitter’s data re-use conditions with informed consent, but this is ‘problematic’ if complex legal terms are not fully understood; social media users’ understanding of privacy may be ‘inaccurate’ (Townsend & Wallace, 2014, p. 5). These issues and other netnography ethics questions are addressed eloquently in the Association of Internet Researchers’ Ethical Decision-Making and Internet Research report (Markham & Buchanan, 2012).

The ethics minefield is not yet fully mapped. Complications arise if a Tweet is deleted once already used in research, or the account that posted it is deactivated. Does deletion hold equivalence with conventional withdrawal of participation consent? If authors withdraw or delete data then it should not be used in research (BERA, 2018, p. 23); however, it is often impossible to identify withdrawal after gathering data on Twitter.

Researchers should not abandon the rendering of Twitter users’ authentic voices due to ethical concerns, so my initial plan was to avoid Tweet traceability by employing ‘bricolage style reconfigurations’ to convey meaning (Williams, Burnap & Sloan, 2017, p. 1162). However, on reflection I concluded that this approach does not guarantee anonymity. As my research considers stances critical of FE direction and leadership, I must go beyond minimum ethical expectations for data usage. Those creating Twitter content may not ‘intend or welcome’ wider use, so ‘informed consent and anonymity are further warranted’ (Williams, Burnap & Sloan, 2017, p. 1162).

My approach is to undertake a thematic analysis of dialogues without bricolage quotes. Verbatim, anonymised quotes from interviews and focus groups with educators on Twitter use for CPD will be used to convey authentic voice with full, informed consent. This seems a useful compromise, guaranteeing individuals’ anonymity while maintaining the researcher’s right to work in the service of public understanding.

I am intrigued to hear of others’ approaches (via Twitter, @realtimeedu) and to observe how netnographic ethics unfolds as richer media become widely used. 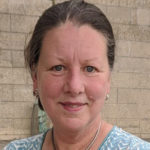 Lynne Taylerson is a further education lecturer, teacher educator, mentor and director of Real Time Education, an independent training provider. Her doctoral research uses a netnographic approach to investigate FE practitioners’ use of social media for informal professional learning. From her research Lynne illustrates the dilemmas and complications in netnographic research, and demonstrates the need to prioritize serious consideration of ethics in this type of ground-breaking research.

All from this series
Editorial: Revealing the challenges for independent researchers in accessing ethical approval