At the request of the Independent Researchers’ Forum (IRF), BERA recently hosted a vibrant event aimed at independent researchers. The topic, ‘Ethical Issues and gaining ethical approval’, attracted self-employed researchers, teachers working and researching in schools and further education (FE), adult education and educational technology platforms for teaching and learning. The event included publishers and experts on the legalities of ethics around use of data and consent. Speakers at the event reported a range of dilemmas experienced in seeking ethical approval; practices in health research and information about an advisory model of ethical scrutiny; and, finally, an analysis of the ethical approval problem in a wider context, finishing with a review of the options that might lead to progress.

Ethics in educational research is everyone’s business, but independent researchers’ experiences indicate that systems for ethical approval of research, leading to publication, don’t meet all needs in the changing world of research (Kara & Pickering, 2017). Independent researchers operate beyond higher education institutions (HEIs) in a variety of different settings: as teachers in schools, lecturers in FE colleges, retired and unemployed researchers, self-employed consultants, and researchers working in not-for-profit organisations such as charities and non-governmental organisations as well as in thinktanks and industry (educational technology developers).

These researchers face challenges in gaining ethical approval because they work outside of HEIs. University ethics panels possess expertise and knowledge about ethics and the risks accompanying the conduct of research. Beyond universities, however, such expertise is scarce, but increasingly needed.

‘Adherence to ethical research practices and gaining consent to carry out research is crucial, but has become internationally problematic for independent researchers.’

Adherence to ethical research practices and gaining consent to carry out research is crucial, but has become internationally problematic for independent researchers. Recently, UK-based independent educational researchers have turned to BERA for guidance on how to carry out research ethically, expressing frustration with the difficulties of gaining ethical approval. BERA revised its Ethical Guidelines (2018) to update and expand its guidance, and subsequently added a series of three case studies. BERA members with ethical expertise volunteered to help update the guidelines; further development depends on volunteer recruitment, generosity and goodwill.

In the event’s discussion sessions, participants talked of dilemmas that arise when conducting research: processes for ethical review and ethical approval were required to reassure gatekeepers (such as funders) and publishers. Some researchers carried out research in settings in which they worked as practitioners, and identified issues specific to those settings including the need to clearly mark the beginning and end of the work.

At the event, independent researchers’ concern to carry out ethical research was evidenced by requests for advice and the desire to discuss ethics. Effective communication within an institution was rated a necessity. Thus, headteachers were pivotal as the conduit of information about a research project to school staff. Since the introduction of General Data Protection Regulation, organisations have become more aware of the need for relevant ethical training, as well as for vigilance about consent and use of data. Researchers should be transparent about their motives for carrying out research, especially in the case of school-based research. In relation to participant consent and data use, those attending the event questioned whose consent should be sought to use data: parents’ or young people’s? Do those who consent fully understand the long-lasting implications of the use of their data? Can researchers demonstrate that anonymity has been achieved?

Participants considered examples of the far-reaching impact of digitisation on research and society, including recent incidents concerning issues of privacy, consent and data-use by business and social media.

Seeking solutions to the knotty problem of how independent researchers should gain ethical approval, those present at the event focussed on options that might lead to opening the gateway to ethical approval for these researchers. It was felt to be important that researchers are supported to learn about ethical practices and operating effectively given the current absence of an ethics panel for researchers outside HEIs (Fletcher, 2017).

In conclusion, the nature of research involving human beings and their data is changing, and we face the challenge of devising ethical practices that keep pace with increasingly complex contexts and difficult questions concerning who carries out research, the implications of digitisation of society, consent and the use of data. In research, as in society more widely, ethical values are the common thread, and affect all researchers. The strongest solution will be one in which we collaborate to unravel the knot. 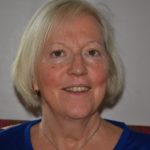 As convenor/independent researcher/practitioner Carrie aims to promote contact between independent researchers and to represent their interests in BERA. As regards her research Carrie has a commitment to social justice and to sharing the perspectives of people whose voices are rarely heard in a mainstream arena. Her research provides an opportunity to understand ‘excluded’ communities from within. Carrie has worked in several areas of the UK as a practitioner committed to challenging inequality, developing learning in community and school settings with adults, under-fives, families, and organisations. She gained her Ph.D. in 2010 for research exploring learning cultures in a socially excluded community. This research was carried out using life histories of residents whose perspectives on learning and education are invisible in mainstream settings. Using this method it was possible to investigate how learning is viewed by adults in such communities and gain an understanding of...

All from this series
Editorial: Revealing the challenges for independent researchers in accessing ethical approval

Don’t be afraid of maths: If I can do it, you can too!