The issue of effectively engaging linguistically and culturally diverse students is one that preoccupies teachers and researchers alike, resonating across rural, suburban, urban, mainstream and alternative school landscapes.  It was this issue that brought us to conduct research at Last Chance High School (LCHS), an alternative school in a midwestern American city, where students were predominantly white and low income, struggling with literacy issues.  LCHS housed many students who “chose” to attend as an alternative to expulsion while others were sent there by the legal system, according to teachers and students interviewed in our project.  It was here that we wanted to explore the ways in which students engaged and resisted using digital media in English classrooms.

We wanted to work with Becky, an exemplary English teacher at LCHS, because she had strong commitments to social justice, having spent fifteen years of her career teaching marginalized students at alternative schools.  As a teacher she was highly respected by her colleagues, the first in the district to become a National Board-certified teacher.  She was very active in the National Writing Project and was awarded a number of technology grants.  She presented regularly at conferences and taught at the university.

Becky developed curriculum and instruction in English exactly as the research on culturally responsive instruction suggests.  She aimed to use a funds of knowledge approach to culturally responsive pedagogy, “using the cultural knowledge, prior experiences, frames of reference, and performance styles… teaching to and through the strengths of students” (Gay, 2010, 29).  Enacting those priorities, Becky was excited to develop two multimodal writing projects for the first month of class.  She invited students to create a video essay documenting their uses of literacies in their everyday lives, encouraging them to think about their activities, uses of social media, and pursuits in popular culture.  Later, in a memoir comic project, she planned to engage students to draw and write stories about their schooling experiences.  As Becky explained in an interview, both assignments tapped into students’ skills and experiences as the funds of knowledge literature suggests.

Then Terrin, a student, entered her classroom.  Terrin later described herself as “thunderous…bullheaded,” “obnoxious…hating school”: “I always give off… the B-word vibe.”  During the early weeks of the ninth grade, Terrin increased her social standing, gaining status as “the digital diva” of the class, commanding attention by overtly texting, yelling, laughing, fighting, and burping.  Terrin created a social network, what we call the unruly grrrrls network.  To suggest the degree of resistance they displayed, Terrin’s best friend was expelled for making a death threat against Becky.  By December, Terrin ruled the ninth grade but failed the first quarter of English.  As her best friend, eventually reinstated, acknowledged two years later, “We were really bad.”

Rewinding to ninth grade: It was still September when Becky came to us, frustrated with Terrin and her friends, their overt subversion of the class everywhere apparent.  “What am I doing wrong?”  Becky asked us.  We did not know.

In Terrin’s sophomore year we learned that, Terrin’s father was serving a two-year prison sentence, and her mother was shuttled between drug rehab centers and jail, so Terrin was sent to live with an aunt, squeezed into a tiny house with nine other people.  We learned that she had hated middle school, cursed principals, and teachers for treating her unfairly, was suspended repeatedly, and finally just dropped out of seventh grade.  No one noticed.  Talked into returning to school the next year by a cousin, she came to LCHS, angry.  Soon the same patterns returned: she lashed out at the LCHS principal, teachers and students, and was suspended repeatedly.

When Becky initially asked the question, “What am I doing wrong?” all we knew about Terrin was that she was oppositional and subversive.  Becky’s question presumes a faultfinding mission, that it must have been a flaw in her pedagogy that triggered Terrin’s resistance and disengagement.  We want to reframe the question, not to ask who is to blame, but to consider what happens when a student’s discourse does not reflect the “bright sides” of funds of knowledge, but the “dark lifeworlds” or “dark funds of knowledge” (Zipin, 2009, 323)?  How do we do justice to the complexity of students’ lives, the interplay of their emotions and histories in classroom dynamics?  Can we move from blaming the teacher or student to naming the limits of our theories of culturally sensitive pedagogy and expand them to account for all that is Terrin?

To read the article that explores these issues, “Engagement and resistance at Last Chance High: a case study of twenty-first-century literacies and identities in one English classroom,” click here: 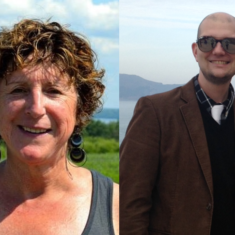 Towards inclusive and equitable quality education for all: To borrow or not to borrow?