In Sweden, international trends are challenging traditional conceptions about teaching practices. On the one hand, Swedish schools are regulated through a system of accountability, which leads to increasing demands on both schools and students to ‘perform’ (Ball et al 2012); on the other hand, there is also an increasing interest in ‘disciplinary knowledge’ in Sweden. However, our concern is that these two trends may conflict, insofar as the demands for ‘performance’ do not necessarily enhance the learning of disciplinary knowledge.

The idea of disciplinary knowledge is that schools are supposed to offer an alternative to ‘everyday knowledge and experience’, thus providing an expansion of the student’s knowledge as well as different ideas about how society and the world works.

This perspective has influenced the syllabuses in many countries. At the same time, this perspective has been challenged by another curricular trend, in which generic knowledge and subject-integrating perspectives are advocated by politicians (Young and Muller, 2016).

Sweden has seen a curricular development towards emphasising disciplinary thinking in the subjects, but at the same time, Sweden has developed a national accountability system, in part as a response to poor results in the PISA tests. The Swedish school system is now standards based, with clearer criteria, marks introduced in year 6 (instead of previously in year 8), and national tests in several subjects. As a whole, the accountability system can be described as a ‘delivery chain’ beginning with the governing politicians and ending with students. Located between these ends are, for example, national bureaucrats, test designers from universities, public and private stakeholders and their bureaucrats, and finally teachers and students. Aided by education laws, curricula, standards, assessment criteria and national tests, performance results are noted higher up in the chain where they are analysed and checked, thus leading to a “pressure to perform”  (Ball et al, 2012).

Our interest in this context is how the students have managed to respond to these demands.

Thus, our study focuses on student answers to an assignment from the national test in history for year 6 (from 2013). The assignment selected concerns the ability to analyse and evaluate sources, one of the disciplinary abilities explicitly stated as a teaching aim in the syllabus.

In our study, the students’ ability to show disciplinary thinking in the selected test assignment leaves a lot to be desired. While the students generally show some awareness of the differences between a source and an interpretation, their attempts to contextualise the source in the assignment is at best limited. While they are able to discuss the material deficiencies of a relic, and reason about the usefulness of the source to get knowledge about a historical time, some answers become speculative, trying to label the source a forgery, or even discussing technicalities such as they only having access to a picture of the source, not the source itself.

While the results can be explained by claiming the students are just ignorant, we rather interpret it as a consequence of the limitations of the test situation, which does not give the students any real opportunity to contextualise the source; thus, they use whatever strategies they have access to in order to solve the problem at hand. One obvious solution would then be to provide the students with more context. However, this becomes a problem within the context of a test assignment: how is the context given? How much time does accessing the context consume from the overall test? And if the context is given in the form of text, the assignment runs the risk of testing reading comprehension rather than historical reasoning.

It seems then that there are problems with testing the students’ qualified disciplinary knowledge in this type of test. Despite the opposite intention, the point of the national accountability system of testing students all over the nation in the same way, risks designing assignments that tend to test generic knowledge rather than subject- or context-specific. In this way, both students and the disciplinary thinking are put under pressure in an accountability system.

Johan Samuelsson & Joakim Wendell (2016): Historical thinking about sources in the context of a standards-based curriculum: a Swedish case, The Curriculum Journal. 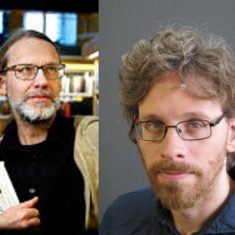 Johan Samuelsson is senior lecturer of history at Karlstad University, Sweden. His interests centre on assessment, instruction and learning of history. He participates as researcher in a project financed by  the Swedish Research Council about policy enactment  and assessment in primary school.

Joakim Wendell is adjunct of history at Karlstad university, Sweden. Currently, he works on developing a national assessment support for primary school history education. Prior to his university appointment, Joakim worked as a teacher of upper secondary school history in Sweden.