The key teacher education policy issue at the 2019 general election is the initial teacher education (ITE) content framework for England, rushed out in the dying hours of the Conservative administration. Mandating a ‘minimum entitlement’ for prospective teachers that the new Ofsted ITE framework will inspect, this new policy represents the single most significant shift in what new teachers will be taught in England since 1998. For that reason alone, the framework merits scrutiny. That this new framework also presents significant risks in terms of the quality of new teachers is another reason it demands our careful examination.

Many aspects of the framework are raising concerns in the sector, as the response to it at the recent Universities’ Council for the Education of Teachers conference attests (Gibbons, 2019). Some of these concerns are about process: for example, the extent to which the review that led to the framework was a genuine review of research rather than merely a copying and pasting of the early career framework. Rather, our main concern, from a variety of professional and research perspectives, is that the ITE content framework sets worryingly low expectations for a graduate profession based on superficial appropriations of what is already a limited selection of research.

One of the framework’s most striking features is the heavy usage of Education Endowment Foundation (EEF) badging, with repeated statements that the ‘evidence’ has been ‘assessed and endorsed’ by them. The implication is that we should therefore be satisfied, the debate having ended. Yet however useful the EEF might be as one organisation within the research–practice interface, its specific interest in ‘what works’ seriously limits the framework’s terms of engagement with the evidence base.

‘If the ITE framework is to inform the preparation of a graduate profession whose work will shape the way that young people learn in schools, that profession as well as the young people they teach deserve nuance as well as accuracy.’

As a consequence of interrogating the research through the sole lens of EEF ‘endorsement’, the framework’s specifications are narrow and partial. The proposed ‘entitlement’ for the next generation of prospective teachers is also significantly lacking in nuance. Even if the intent is to prescribe ‘content’ for new providers within a more diverse ITE sector, nuance matters. If the framework is to inform the preparation of a graduate profession whose work will shape the way that young people learn in schools, that profession as well as the young people they teach deserve nuance as well as accuracy.

Indeed, nowhere is this problem more apparent than in section 2, ‘How pupils learn’. Learning, according to the framework, is an entirely individual and in-the-head phenomenon. The social contexts of learning – not only out-of-school contexts but in-school ones such as in-class groupings and the mediation of learning through interaction (Alexander, 2010; Kutnick & Blatchford, 2014; see also the Let’s Think approach) – are almost entirely absent. At the same time, the most recent work in cognitive psychology and neuroscience recognises that this framework’s goal of error-free learning is not entirely ‘pupil dependent’ (Darling-Hammond, Flook, Cook-Harvey, Barron, & Osher, 2019) . Indeed, even within its own narrow parameters, it is characterised by over-simplifications of Conservative education policy’s most obvious preoccupations: memory and, in particular, cognitive load theory (CLT).

For example, the framework’s account of memory is based on an overly simplistic understanding of contemporary cognitive theories (Paas & Sweller, 2012; Jurado & Rosselli, 2007) . Different memory processes, such as episodic, procedural and semantic (Baddeley, Eysenck, & Anderson, 2015; McRae & Jones, 2013; Tulving, 2002) are reduced to a ‘long-term memory’ store with little emphasis on the metacognitive, social and emotional dimensions of memory construction and use (Immordino-Yang & Damasio, 2007; Roebers, 2017). Such a simplistic view leaves student teachers unable to understand how different teaching strategies correspond to different memory-based learning outcomes. For example, understanding that learning metacognitive strategies involves children(a) episodically recalling their teacher’s modelling of strategies, and (b) practicing the procedures of these strategies themselves (Coffman, Ornstein, McCall, & Curran, 2008; Grammer, Coffman, & Ornstein, 2013). The framework entirely neglects the personal, sensory-perceptual and emotional-affective dimensions of recalling information – a practical as well as theoretical blindspot with serious consequences for the teaching profession.

Furthermore, with specific reference to CLT, more recent developments of the theory are predicated on the assumption that long-term memory is not merely the fluent recall of facts but the accumulation of complex and unlimited schema over time (Paas & Sweller, 2012). This lack of nuance about CLT represents one of the most significant flaws in the framework: the construction of schema is mentioned, although the question of how schema are constructed receives little attention. Indeed, the framework exemplifies the problem that Michael Young (2019) identified with the current policy ‘focus on improving the knowledge content of the curriculum’: while the policy might be ‘superficially easier to implement’, it ‘can lead, on its own, to an over-emphasis on memorisation’.

The 2019 ITE content framework demands the detailed scrutiny of the wider educational research community as well as the teaching profession. There is an urgent risk that future generations of teachers will become stuck in one cul-de-sac of cognition. Prospective teachers must be taught that learning isn’t just ‘total recall’. 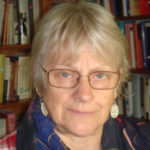 Professor Emeritus at University of Oxford

Anne Watson has two mathematics degrees and a DPhil in mathematics education. She taught mathematics in comprehensive schools serving some fractured communities, before moving into academic work, training secondary mathematics teachers and researching mathematics education. With a social justice agenda, she has focussed on how young adolescents can become empowered through inclusion in mathematics. While professor at the University of Oxford she worked internationally and nationally with teachers and teacher educators and, more recently, has developed a critical and informed position towards policy and curriculum matters in England. 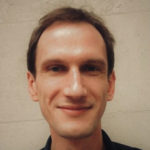 Researcher at Birkbeck, University Of London

Matthew Slocombe is a researcher at the Developmental Neurocognition Lab at Birkbeck, University of London.

Sue Cowley is an author and teacher trainer. 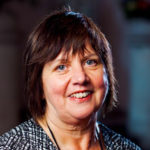 Chris Harrison is a professor of science education at King’s College London. 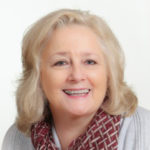 Kenny Frederick is an independent researcher and former headteacher.