The Global South is inhabited by roughly 75 per cent of the world’s population; it is expected that this number will increase to almost 88 per cent by the year 2100 (Solarz & Wojtaszczyk, 2015). The Global North by way of Europe and North America gave us Greek and Roman civilisations, capitalism and Marx; the Global South has given us the Chinese, Japanese and Mughal empires, ancient religions and the richness of indigenous knowledge present in Africa and the Americas. And yet, in British graduate programmes in education this representation and diversity is largely absent.

For all the tokenistic conversation in the academic world about the need for decolonising the curriculum in Western universities, an in-depth look at the reading lists from graduate programmes in education within the UK reveals that there is a sizeable chasm between the expressed intention of repositioning non-Western knowledge and actually bringing that into action (see Batty, 2020), which begs the question: How much of that intention is real and how much is symbolic (see Liyanage, 2020)?

‘An in-depth look at the reading lists from graduate programmes in education within the UK reveals that there is a sizeable chasm between the expressed intention of repositioning non-Western knowledge and actually bringing that into action.’

My own experience as a graduate student and as tutor in Scotland, which mirrors that of thousands more, is a reflection of that chasm both in the classes I had to take and the ones I taught: not only was my reading list on social theory devoid of scholars of colour (and almost entirely of women), but 90 per cent of the authors given to us to study were northern/western Europeans, thus perpetuating the three ‘-isms’ that have befallen the academy for centuries: eurocentrism, sexism and racism. To exemplify, a look at the reading list from a course titled ‘Sources of Knowledge’ at an unnamed university contains sixteen texts, all of them published exclusively in the UK by scholars from the Global North. My search, which further extended to four Russell Group universities, revealed much of the same: classes on colonialism, migration, inequality and sociology of education taught by scholars from the Global North, using texts published almost exclusively by European university presses.

The issue of course is not how Eurocentric a European university is – but when graduate programmes that welcome a wealth of international participants from all over the world present their students with a social theory curriculum that completely overlooks the contributions of scholars from the Global South, it seems that the only knowledge, social reality and observations that matter are those put forth by the West. I argue that the evident lack of representation on issues such as geopolitics of knowledge, race, class, intersectionality and gender theory by those who have lived through the experience of being born, raised and educated in colonised, non-White nations is an issue that must be addressed, along with giving voice to Global South scholars that for the past four decades have been making significant contributions to scholarship in the social sciences. The absence of influential literature by Anibal Quijano, Walter Mignolo, Boaventura de sousa Santos, Linda Tuhiwai, Ngugi Wa’Thiongo, Ladislao Semali and Carla M. Dhillon, to name just a few, requires remedy. And the remedy here is not to call for constructing a new universality; the call is to reposition the value of Western knowledge so that rather than being placed at the centre, it contributes from the margins towards a universal knowledge that brings diverse ontological and epistemic perspectives, lest we fall victim to what de Sousa Santos called ‘epistemicide’ (de Sousa Santos, 2014).

Scotland, for instance, is home to nearly 50,000 international students, a number that since before Brexit was increasingly representative of the Global South and after January 2020 even more so. These students, however, are now exposed to the curricular issues I have described, with European thinkers at the centre of the discussion and the subsequent lack of representation not only of culturally diverse voices but very importantly from scholars who have been re-informing and re-shaping other intellectual traditions often ignored in Scottish curricula – such as feminist social epistemology, Eastern, African and Latin American. Furthermore, a report by the Scottish government from 2018 seeking to describe the impact of international students in Scotland lists five factors, four of which describe them (students) as key to the economy and the labour market (Scottish Government, 2018). It is no surprise then that the epistemologies I have mentioned here, and which are clearly at odds with neoliberalism, are so evidently sidelined in current UK higher education curricula in education graduate programmes. And that is my point: not only are international students being integrated into a model which sees them as a commodity, but they are also placed under an educational scheme that denies them opportunity of challenging existing paradigms on social justice; this, I argue, needs to be done by exposing them to genuine ontological and epistemic diversity.

Batty, D. (2020, June 11). Only a fifth of UK universities say they are ‘decolonising’ curriculum. Guardian. https://www.theguardian.com/us-news/2020/jun/11/only-fifth-of-uk-universities-have-said-they-will-decolonise-curriculum

de Sousa Santos, B. (2014). Epistemologies of the South: Justice against epistemicide. Routledge. 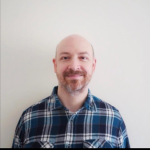 Associate Tutor at University of Glasgow

Gaston Bacquet Quiroga is an associate tutor at the University of Glasgow, where he is a dissertation supervisor for the School of Education and a seminar leader on the MSc/Med programmes in educational studies. He is also a second-year PhD student in education; his research focuses on decolonial, non-violent approaches to classroom practices in higher education. He has a background as a second-language teacher, and has taught in Chile, Saudi Arabia, Japan, Myanmar and the UK.

Beyond postures: How yoga philosophy can foster non-violence in our classrooms