The issue of ‘violence-based inequality’ is a philosophical one that translates into more practical issues. In using this term, I borrow from Judith Butler’s The Force of Non-Violence (2020) and from Kwame Anthony Appiah’s Cosmopolitanism (2007). Butler argues that we live in a world where some lives are more valued than others, and by reasons of ‘racism, xenophobia, homophobia and transphobia, misogyny and the systemic disregard for the poor and the dispossessed’ (2007, p. 28), we fail to identify and empathise with those who are different. Appiah (2007) presents us with his concept of cosmopolitanism by recognising our responsibility for every human being and their lives regardless of gender, religion, race or any other identity construct, as well as the need to take an interest in the practices and ideas that make those lives meaningful and significant.

Appiah (2018) further argues, through a series of lectures exploring common threads in identity construction, that we are given a position within a social group that comes with certain expectations of behaviour, both done by us and to us; these are also accompanied by certain characteristics that theoretically answer the question of who we are, and which are interpreted in terms of culturally prescribed categories.

The difficulty arises when we become so identified with the constructs of gender, race, faith and culture that we begin to separate from others. Appiah argues that inclusiveness, non-violence, sense of community and peaceful co-existence are choices rather than inherited legacy, and that such values should be used as a resource to live harmoniously rather than to lock ourselves into a fixed identity.

The crucial problem is that – to date – studies have relied on a purely intellectual approach to a problem that is not exclusively so, such as violence-based inequality. It is here that I believe there is a need for a different perspective. Eastern philosophy presents us with the practice of mindfulness and views on non-violence, inclusiveness and non-self that seek to enhance one’s understanding of human nature while challenging the existence of a solid self and Western rationality-based theories on identity construction. I will point out here that while these views are traditionally non-Western, they are not exclusively so at this stage: Holbraad and Pedersen (2017) have also questioned the way anthropological research has historically conceptualised assumptions, including, I argue, Western conceptualisations of identity and the self.

‘We need to begin to challenge our existing ideas of the self in order to overcome separateness. By doing that we can begin to work towards … the idea that we can co-exist harmoniously through our differences in religion, gender, race, nationality and culture rather than over-identifying with them.’

It is from that outlook that non-Western philosophies offer us a point of view that is distinctly different. Buddhist views on identity, for instance, espouse the transformation of the individual through the shedding of identity aggregates rather than solidifying them. The Sanskrit word ‘svabhāva’, which literally means ‘own-being’ or ‘own-becoming’, is an essential part of Buddhist philosophy and it has come to reflect the concept of intrinsic nature devoid of aggregates (Robinson, 1957). Buddhist scriptures further describe ‘wisdom’ not as something deriving from study, but as a quality that arises from continuous reflection leading to the cognisance of lack of an intrinsic self (Tsongkhapa, 2006), and to understanding the self as a ‘fictional or conventional entity useful for pragmatic purposes but not ultimately real’ (Gowans, 2014, p. 40).

So here we have a view of oneself not from the perspective of race, gender or social class but as an intrinsic entity to which these constructs have been added. I am not arguing here that these constructs do not exist nor how they have historically impacted specific groups; what I am arguing is that we need to begin to challenge these existing ideas of the self in order to overcome separateness. By doing that we can begin to work towards the type of inclusiveness that Appiah further describes in his cosmopolitanism: the idea that we can co-exist harmoniously through our differences in religion, gender, race, nationality and culture rather than over-identifying with them. This kind of inclusiveness is not purely intellectual; rather, it is one that embraces social differences from a perspective of compassion and empathy and that, I argue, could bring us closer towards greater social unity.

Butler, J. (2020). The force of nonviolence: An ethico-political bind. Verso.

Tsongkhapa, L. (2006). The great treatise on the stages of the path to enlightenment. Snow Lion. (Original work published 1402) 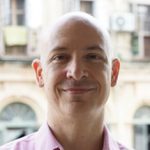 Gaston Bacquet works as an associate tutor at the University of Glasgow, where he supervises master’s dissertations within the teaching english to speakers of other languages (TESOL) programme, and where he is also a first-year PhD student in education. His research seeks to develop inclusive teaching practices in Latin American classrooms using an intersection of critical pedagogy and non-Western knowledge, such as Eastern philosophy and indigenous knowledge. He holds a master’s degree in TESOL from University College London; his dissertation sought to investigate the link between motivation and autonomy in second-language learners. He has taught English as a second language in Chile, Saudi Arabia, Myanmar, Japan and the UK. He is also an internationally certified yoga instructor. See his ResearchGate profile here.

Beyond postures: How yoga philosophy can foster non-violence in our classrooms

The future of Alternative Provision: reflections on the opportunities and challenges