A child puts a question in an anonymous box. What happens next?

For those who had campaigned for this for years, it was a time for celebration. Yet, with the RSE curriculum still undecided, it was also a case of ‘perhaps the battle has just begun’.

Everyone has a story to tell about their formal sex education (or lack of it). I had a maths teacher who spent six lessons teaching us about ‘chewing gum’ rather than approach the more complex issues of our nascent adolescence. Later, a science teacher made up for it – answering a million questions in one lesson. I remember every detail of that lesson.

Jump forward 15 years, and I found myself as a maths teacher. My initial teacher training had prepared me for many things, but RSE was a footnote, if anything. Yet, like almost all teachers, I had roles in pastoral care.

I got to see first-hand how complex school politics often are around RSE. I could also see how these complexities potentially limit young people’s access to information.

The students were not bringing ‘awkwardness’ to RSE: the adults were.

Depending on how schools form RSE policies, a single voice (one governor, for example) could decide students’ access to rights. The voice of the most significant stakeholders in education – the students – sometimes ends up with the lowest weight. After all, dropping a question in an anonymous box is a very silent process.

‘When a child puts a question about RSE into an anonymous box, the absence of an answer becomes a sign that the question is somehow “unpalatable”, “wrong” or “dirty”.’

But when a child puts a question into an anonymous box, they place an expectation in there too. They deserve an answer. The absence of an answer becomes a sign that the question is somehow ‘unpalatable’, ‘wrong’ or ‘dirty’. Furthermore, we as teachers need tools with which to deal with our own reactions to these questions. None of us walk into a classroom devoid of our own value systems and emotional responses. Training helps us to recognise that, and to deal with it.

Thus the idea of ‘The Talk’ was born: a play for adults about all things sex education. I wanted to create a show that would open up space for parents, teachers, governors, doctors, youth leaders and older students to have discussions about RSE. I also wanted to map the social history of sex education in England.

Given that we all have stories about our own experiences, I wanted to create this play as a ‘headphone verbatim’ performance.

Verbatim theatre is often defined as a type of documentary theatre, whereby real people’s spoken words are used to construct the script. Headphone verbatim is a sub-genre within verbatim theatre, in which the actors listen to an edit of the original interview material on headsets, and repeat that content back to the audience in real time. The technique has roots in activism and social justice (Wake, 2013). For me, access to comprehensive, inclusive RSE is a social justice issue.

I recorded conversations with just shy of 100 people to make ‘The Talk’. The play lets you into the world of inquisitive 11-year-olds, angry 15-year-olds, and thoughtful 90-year-olds. It is the voice of the parent who doesn’t want their kid to learn about ‘being gay’, alongside the voice of the person who wished they could have talked to their parents about their sexuality. It’s the ‘me too’ stories that none of us want to hear, and the realisation that they won’t stop if we continue to avoid conversations about consent, respect, relationships and pleasure: that is, if we continue to avoid the talk.

Yes, the play is a funny and moving night out at the theatre. But ‘The Talk’ also now exists as a resource to be used in training. Who knows – perhaps the Department for Education could host a performance in Westminster? Damian Hinds, lend us your ears. 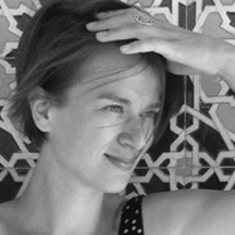 Neela Doležalová has over a decade of experience working in education, as both a playwright and teacher. She has taught maths and economics, and has a specific interest in personal, social and health education (PSHE). Neela’s writing credits include Playing Fields (Soho Theatre), Lock the Gates (National Youth Theatre), and educational audio dramas for Now Press Play. While teaching, Neela became interested in relationship and sex education (RSE) and the role that parents, carers, governors and teachers play in decisions regarding RSE curricula. Neela has recently been awarded an UnLtd ‘Do It Award’ to create a series of drama resources for schools called ‘ConveRSE’. These resources, created with young people, will use verbatim theatre to explore key topics within the RSE curriculum. Neela tweets @_dolezalova.

Taking notice: Children’s observation skills in nature as a basis for the development of early science education

Editorial: Wellbeing and being outdoors