The Matthew effect is an expression that has been coined to summarise the parable of the talents found in Matthew’s gospel (Matthew 25:14-30), which suggests that the rich get richer while the poor continue to suffer. Such inequity is challenged by England’s three main political parties as they approach the June election, and along with governmental economic measures there is universal agreement that education should offer a way out of the poverty trap for the least well off.

The Liberal Democrat manifesto promises to reduce what it calls “financial exclusion” by helping “everyone to share in prosperity.” The Conservatives recognise a current inequality of opportunity and promise that their government would not be “for the benefit of a privileged few,” while Labour quite bluntly say they will “stop the rich getting richer.”

If school education is to be one of the key strategies to halt or reduce the widening of a socio-economic chasm, then by current measures it does not seem to be succeeding. The Conservative manifesto states that “the attainment gap between rich and poor pupils stands at 25% across the country,” a gap which the Liberal Democrats call “scandalous.” I have demonstrated elsewhere (BERA Blog, May 2016) that of the many factors that lead to differences in outcomes for secondary school children in England, it is disadvantage that has the largest effect (where the proxy indicator for disadvantage is the percentage of pupils that have either been eligible for free school meals in the last 6 years or been in the care of the Local Authority). Further work on the DfE’s published school performance data shows that those children that fall furthest behind in primary schools find it hardest to keep up or catch up in secondary schools: probably no surprise, but certainly a manifestation of an educational Matthew effect.

In educational terms it has been argued by various researchers (e.g. Stanovich, 1986) that Matthew effects are evident in children’s vocabulary and reading ability from an early age, and that achievement inequalities only grow over time. In April 2011 the coalition government introduced the Pupil Premium: additional funding which schools receive on a per pupil basis, specifically to raise the attainment of disadvantaged pupils. Originally for children aged between 5 and 16, an Early Years Pupil Premium was also introduced in April 2015, and the total cost to the taxpayer is currently in the region of £2.5 billion annually. As we have seen, to date there remains a significant difference between the performance of disadvantaged children and their more affluent peers by the time they reach the age of 16.

If the Matthew effect holds, then particular emphasis must be given to children at the earliest opportunity to eliminate differences in achievement before the gap widens—and indeed Pupil Premium funding is highest for children in primary schools (£1320 per pupil per annum). It might therefore be instructive to look at the performance of children at the end of their primary school career: over time we should be able to see how much effect the pupil premium payments have had.

In 2011, when the pupil premium was first introduced, 58% of disadvantaged children achieved expected levels of progress in English and maths by the age of 11, compared with 78% for the rest: a difference of 20 percentage points (DfE data). 5 years later in 2016, by which time the idea of pupil premium and an understanding of its best use had become embedded, disadvantaged pupils still lag behind by 21 percentage points (based on the numbers achieving expected standard in reading, writing and maths).

This is not to suggest that the pupil premium funding is being squandered. Numerous analyses of schools’ use of pupil premium money (notably the EEF/Sutton Trust analysis) show that when used well it can reduce or even eliminate pupil progress gaps, but the unswerving conclusion is that there is great inconsistency in its effectiveness across the country’s schools.

So where do our three main parties stand on continuing to fund the pupil premium in an attempt to close the attainment gap? The Liberal Democrats are the most explicit, promising to “increase school budgets and the pupil premium”, as well as tripling the Early Years premium to £1000pa per pupil. The Conservatives undertake to “protect the Pupil Premium”, whereas the Labour manifesto remains silent on the matter—though it promises a “fairer funding formula” under which no school will be worse off. It would seem that while they disagree on so many policy details, the main parties are agreed that Pupil Premium funding is a good thing, optimistically hoping it will create leverage through education to reduce the national Matthew effect.

Stanovich, K. E. (1986). Matthew effects in reading: Some consequences of individual differences in the acquisition of literacy. Reading Research Quarterly, 22, 360-407.

Labour Party Manifesto: For the Many not the Few

Forward Together: the Conservative Manifesto 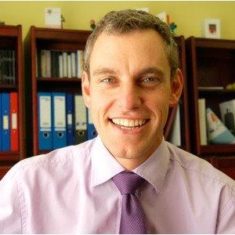 Dr Chris Rolph is a Principal Lecturer at Nottingham Trent University in the Nottingham Instute of Education. He has responsibility for the school partnership work that supports teacher training, as well as the masters courses in education. He teaches education and social policy and contributes to the teacher training programmes. After training as a physicist and carrying out research in astrophysics he spent 25 years teaching science, including 13 years leading secondary schools in Lincolnshire, before joining NTU. His interests include school and system leadership and accountability, science education, and change management.

All from this series
The politics of mental wellbeing and education