Social and emotional wellbeing (SEWB) in schools has, over the past decade, emerged as part of a broader mental health agenda, shaped and driven through versions of childhood located in notions of neoliberal self-regulation and surveillance (Klein, 2016). My doctoral findings indicated the influence of national traditions and cross-societal inequities on the conceptualisation and discourse driving SEWB in England and Wales. Starting with the New Labour government, pursued through the Coalition government and now continuing in the Conservative administration, through moral and character education, there are clear inconsistencies and confusion about what is meant by mental health difficulties (MHDs) in the school policy arena. This ongoing conversation has recently resulted in a perceived children’s MHD crisis (The Guardian, October 3rd, 2016). Addressing how and why a MHD crisis has emerged in the public sphere, including the role of the media, and why this crisis has become the responsibility of schools, brings into focus the ways discourses of MHDs link to policy, practice and politics.

As we enter another general election campaign it is worth considering the forms of provision that are being encouraged and privileged and the power and ideologies shaping the relationships between schools, child and adolescent mental health services (CAMHS) and government agencies.  Under current government policy schools are seen as hubs for promoting and supporting the psychological wellbeing of young people (DfE, 2014). Alongside the growing MHD discourse within classrooms, there has been an increase in programmes designed to develop a range of social and emotional skills (Emery, 2016). This support aims to improve students’ social and emotional competence, academic attainment and reduction of MHDs (DfE, 2014). However, the overwhelming majority of these interventions are based on what is called objective list theory, that is we establish a set of outcomes and experiences for wellbeing and MHD that are standardised across children and communities and then measure children against these. Yet, what this activity and associated discourse fails to do is explore the question as to why we are so concerned about our children’s MHD and if things are as bad as the headlines convey (‘Children’s mental health has hit crisis point’, The Independent, September 10th, 2016) clearly something is rotten in the state of England. One response to the latter question is that the practice does not match what much of the research tells us. For example, a study by the previous Department for Education and Skills (2008) into wellbeing told us that;

As Wigelsworth et al (2016) note, children’s learning and their mental health have become inter-related. There is now a situation whereby the perceived rise in need has been matched by a reduction in specialist resources (Wolpert et al, 2014) even as greater emphasis is being placed on schools as the site for delivering MHD provision (Wigelsworth et al, 2016).  At this point, where education and mental health meet, our research at the Manchester Institute of Education (Humphrey, Hanley & Emery, 2016) tells us that tensions are emerging – e.g. teachers feeling ill prepared to carry out such work, the impact of austerity politics and the re-emergence of problems in engagement between schools and CAMHS. Yet, to complicate things further, in contrast to the discourse of rising need, the available evidence shows that most MHDs are not increasing over time – they are actually fairly stable (Fink et al, 2015).  This raises a key question; how and why has talk of a profound MHD crisis emerged when the overwhelming evidence shows that need is not rising?  Academics have tried to address this conundrum by suggesting that the MHD crisis discourse has been shaped by factors associated with political ideology, drawing on concepts of therapeutic governance (Ecclestone, 2016) and self-regulation (Blair & Raver, 2015). Evidence from my doctorate reinforces these concerns indicating that we are witnessing a new ontological commitment that renders the social world governable through surveillance of our own behaviour. Essentially, as we continue to obsess over measurement and place the responsibility for success on the individual child, with little acknowledgement of the thick forces of local context, history and values, we are heading in only one direction another moral panic. 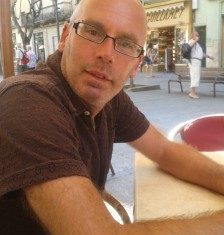 Dr Carl Emery is researcher and writer on education policy with particular interest in the discourse of wellbeing in UK schools and the impact of disadvantage and poverty on young peoples life experiences. His current research is focused on a) UK education policy and devolution across the UK with specific emphasis on social and emotional learning and b) the development of Anchor initiatives as an emerging form of localised commnunity development. He is the co-author of Childrens Social and Emotional Wellbeing in Schools; a Crtical Perspective, published by the Policy Press (2012).

All from this series
The Matthew effect at election time