This is the tale of two brothers who found themselves wrestling with the same curriculum quandary in two contrasting contexts.

Following my appropriation of knowledge of religion(s), as a result of upbringing rather than academic study, I found myself religious education (RE) co-ordinator at a primary school in Cornwall, charged with the responsibility of teaching RE initially across key stage 2 and, more recently, key stage 1 as well. Keen to promote an inclusive approach to RE in which pupils would be free to express their own faith (or lack thereof), and to think critically about a range of perspectives, I began to experiment with pedagogical approaches.

My brother, Professor Rob Freathy (University of Exeter), had been similarly vexed by the question of whether multi-faith RE in schools without a religious affiliation can avoid infringing the liberal principle, and human right, of freedom of belief. Any singular pedagogical approach would ordinarily favour certain ontological, epistemological and methodological assumptions over others, and these ‘may be incompatible with some pupils’ sincerely held and reasonable worldviews’ (Moulin, 2009: 154). Thus, if widely held standards of democratic citizenship and human rights are accepted, the legal stipulation that schools without a religious affiliation shall not provide RE ‘by means of any catechism or formulary which is distinctive of a particular religious denomination’ does not go far enough (HM Government, 1998: paragraph 3). ‘Secular’ schools should also not provide RE by means of any pedagogy which is distinctive of a particular ontological, epistemological or methodological point of view.

Over the course of approximately six years, through a recursive process of alternate lead-taking and reining one another in, we produced an original theoretical model to justify our newly-developed classroom practices, and created innovative classroom practices to exemplify our developing theoretical model. At the heart of this was reflexive teaching practice, combined with theoretical and conceptual reflection. There was a reciprocity between both, and both developed in tandem.

Our fraternal collaboration eluded the (often restricting and fraught) university and school partnership structures and systems that are so frequently affected by competing priorities, limited communication, resource shortages and concerns surrounding the transactional benefits of such work. It also helped to sustain, in addition to our common commitment to educational improvement and professional development, our mutual dedication to the project. As a result of this enduring creative partnership, the project produced two main outcomes.

In order to tackle the problems pertaining to representing the complex, diverse, multi-faceted and evolving nature of religion(s), the RE-searchers approach reconceives pupils and teachers as co-researchers. Together they are afforded the opportunity to conduct open-ended collaborative inquiries, utilising learning activities derived from a range of methodologies and methods for researching religion(s). Thus, as a multi-methodological and multi-perspectival pedagogy, it seeks to avoid favouring one methodology or one interpretative framework over others. The methodologies, methods and other interpretative lenses become objects of study in their own right.

‘The RE-searchers approach reconceives pupils and teachers as co-researchers, afforded the opportunity to conduct open-ended collaborative inquiries, utilising learning activities derived from a range of methodologies and methods for researching religion(s).’

This has been made possible by the personification of four exemplar contrasting methodological positions using cartoon characters: Ask-it-all Ava (the interviewer/ethnographer), See-the-story Suzie (the narrative theologian), Have-a-go Hugo (the participant observer) and Debate-it-all Derek (the philosopher) (Freathy et al, 2015). Both teachers and pupils are required to look both through and at different methodological and interpretative lenses. Pupils are engaged in dialogue about methodological and hermeneutical issues. Pupils are also required to ‘reflect’ on how their learning is affected by their own dispositions and worldviews as ‘researchers’, and how their own dispositions and worldviews are affected by their learning. Reflexivity and positionality are key.

To avoid illiberal attempts to ‘form’ or ‘develop’ pupils holistically by law, according to any particular worldview or conception of humanity (spiritual, moral, social or cultural, for example), our approach articulates the statutory aims of multi-faith RE in schools without a religious affiliation in narrower academic and scholarly terms (Freathy et al, 2017: 7). As is the case with core curriculum subjects, the distinguishing aims, contents and methods of RE should be explicitly ‘aligned to, and defined by, pertinent disciplines in higher education’, and in so doing the subject seeks to ‘provide pupils with the knowledge, skills, attributes and values associated with the communities of academic enquiry’ concerned especially with the study of religion(s) and related worldviews (such as theology and religious studies) (ibid: 7).

The development of the approach was not always easy amid the psychodynamics of brotherly love, but in 2014 our efforts were awarded the TES Humanities Award, and the school in which the approach was developed received an ‘outstanding’ grade for the quality of teaching and learning in RE in their 2017 Statutory Inspection of Anglican and Methodist Schools (SIAMS) inspection report.

Further information about the approach can be found at reonline.org.uk/re-searchers. 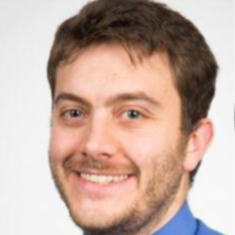 Giles Freathy is the primary ITT curriculum lead for The Learning Institute at the Westcountry Schools Trust in Cornwall. Formerly a specialist leader of education for religious education (RE), humanities and thinking skills, Giles was the recipient of the TES Humanities Award (2014), and co-creator of the RE-searchers approach to RE. He is also chair of directors for Connect Academy Trust in Plymouth.