When asked by two year 11 students how my presentation was coming on for my first BCF conference, my reply was, ‘Academically bloated’ – an image that I extended (and intended) to show how I was overindulging on educational curiosity. Their response: ‘I’m glad that you’ve been eating well, Miss’. (Note to self: clearly, we haven’t quite grasped extended metaphors yet; return to this next week). I start with this exchange to introduce myself as a practitioner researcher, which does not make me a better teacher necessarily, but it does make me a different type of teacher (I am still unsure which identity came first, and whether or not it really matters). Both inside and outside of the classroom I have a particular research interest in exploring what students, regardless of academic ability, might value when taking part in research qualifications such as the Higher Project Qualification (HPQ).

‘Opportunities for students to take part in research qualifications at key stages 3 and 4 are not only restricted to some students, but are in fact disappearing for all from the curriculum.’

The HPQ now finds itself in the context of a shrunken curriculum. Research qualifications such as the HPQ, in which students carry out an independent piece of research in an area of their choice, must demonstrate the potential value that they have for students, as they occupy a position outside of the priority subjects that dominate the school curriculum. Opportunities for students to take part in research qualifications at key stages 3 and 4 are not only restricted to some students, but are in fact disappearing for all from the curriculum. The exclusive nature of the curriculum that Apple (2013) describes is persuasive, highlighting the hidden curriculum as a marketplace that displays the inadequacies of an education system whereby schools function in order to maintain hierarchical structures in society: schools prepare students to take their predefined places. However, the current situation is arguably much worse, as many students find themselves in some way disadvantaged, irrespective of class, as education moves towards what might be considered a dwindling creative curriculum (Young, 2009: 13). The stalls in the marketplace are not hidden but disappearing.

One particular examination board outlines ‘changing customer needs’, ‘evolving business aims’ and having to ‘withdraw from this market’ to explain why the HPQ will be dropped from summer 2019 – others will inevitably follow suit. The neoliberal rhetoric is uncomfortable and clinical, but what is more concerning is that it appears there will be no substitute for this type of learning experience when this research qualification is cast aside. Business had been good: the Joint Council for Qualifications (2011–2016) reported that the qualification reached its highest number of awards in 2011, with 21,888 students receiving the GCSE equivalent of A*–C grades. However, the HPQ has experienced a clear decline in numbers (UCAS, 2017) with candidates being entered for this qualification in 2016 dropping to 4,829 – a 14.2 per cent decrease from 2015 (5,631).

Who was it that said, ‘It doesn’t matter what you’ve learned. At the end of the day, it’s the grade’? A year 10 student.

I can only apologise to them for this. 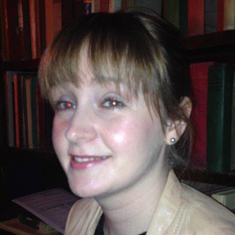 Jenny Clements is a third-year EdD student at the UCL Institute of Education, with particular interests in student research projects, the relationship between emotional and academic development, and the possible effects of performativity pressures on relationships between practitioners and students. Jenny holds an MA in English education and a postgraduate diploma in social sciences and research methods from UCL. Her teaching experience spans 10 years as a secondary-phase English teacher, and she teaches full-time at the Sweyne Park School in Rayleigh, Essex. She is the co-ordinator for the Higher Project Qualification and the Extended Project Qualification; UCAS lead; and whole-school gifted and talented co-ordinator.

Recently, Jenny has accepted a position on the Guardian Teacher Network panel, evaluating how the network might better promote issues affecting practitioners today. Future projects include working with AQA project managers for the Higher Project Qualification, with an interest in developing assessment objectives that recognise the complex nature of research qualifications and promoting the potential transferable value for students with research skills across the curriculum.