Our vernacular is somewhat noisy with idioms of silence: deafening silences; as silent as the grave; a wall of silence; suffering in silence. Other idioms offer implicit references to silence, including incitements to ‘bite your tongue’, ‘keep a lid on it’ or ‘save your breath’. Individuals might refer to ‘breaking their silence’, being ‘reduced to silence’, or being the recipients of the ‘silent treatment’. Children’s behaviour, in particular, has long been conceptualised through silence: ‘children should be seen and not heard’; ‘speech is silver but silence is golden’; and educators often suggest that they ‘should be able to hear a pin drop’.

In perhaps the most silent year in education to date, the secretary of state for education, Gavin Williamson, in an article published in the Daily Telegraph(£), claims that over the course of the pandemic, ‘the lack of regular structure and discipline will inevitably have had an effect on [students’] behaviour’. This proclamation heralds the government’s £10 million ‘behaviour hubs’: a group of high-performing schools that will lead on school behaviour. One lead school singled out in a Department for Education video is the Bedford Free School, which implements a ‘silent corridors’ policy. In lauding schools that employ such policies to ‘create a disciplined and calm environment’ and to teach young people ‘courtesy and respect for others’, Mr Williamson highlights the most deafening silence: did anyone consult the students about how they experience silence and respect, or their rights to be heard and to freedom of expression?

Under the United Nations Convention on the Rights of the Child, children have the right to be heard on matters that affect them, and the right to freedom of expression. States that are party to the convention have an obligation to abstain from interfering in children’s right to seek, receive and impart information and ideas of all kinds, and are obliged to ‘provide an environment that enables the child to exercise her or his right to be heard’ (UNCRC, 2009: para. 11). The Committee on the Rights of the Child emphasises that it is in creating environments of respect for children that enables their right to freedom of expression (UN, 2009: para. 81). This is particularly the case in education, where the Committee expresses alarm at authoritarianism and disrespect which characterise many schools and classrooms (UN, 2009: para. 105).

My doctoral research (see Hanna, 2021) examined young people’s uses and experiences of silence at a secondary school. Young people overwhelmingly explained their experiences of silence as a form of authoritarian control in school, used to engender the silence of students and therefore to control behaviour, and as not listening to, or permitting students to speak. Students often captured how uses of silence created the ‘feeling’ of the school environment. They often equated teachers’ uses of silence with anger – ‘if they’re mad at you they’ll just stare at you and be silent’ – and described their experiences of these silences as ‘punishment’, as ‘intimidation’ and as ‘uncomfortable’ – hardly conducive to the ‘calm environment’ aimed for by Mr Williamson’s ‘silent corridors’. One young person, quoting a popular song lyric, highlighted that ‘sometimes the quiet is violent’.

‘Many young people experience a tension between uses and experiences of silence and the concept of respect.’

This aptly captures the tension, experienced by many young people, between uses and experiences of silence and the concept of respect. Respect emerged as a crucial expectation of silence when considering discipline at school, explained by one student as ‘when you’re just told to be quiet’ and ‘if you’ve been told to do it then you have to’. One student suggested that he had ‘learned respect’, and when probed, explained this in terms of ‘think before you speak… thinking like what the consequences are going to be if you say this’. Others described ‘holding in how you feel’, because students would ‘probably just get worse off for it, if you do tell them’. Such ‘respectful’ silence was akin to censorship: restriction of students’ expression. Another student captured their experiences of silence and respect: ‘teachers ask for respect and they don’t respect you’.

The idiom ‘corridors of power’ refers to the location of decision-making at the centre of government and state. I argue that corridors of silence reflect the coercive power over, and disrespect for, children. Instead of the manifestation of a controlled learning environment, such uses of silence are a direct infringement of children’s rights to be heard and to freedom of expression: rights that are instrumental in the concept of what it means to respect, and specifically to respecting not just teachers, but children.

This blog is based on the article ‘Silence at school: Uses and experiences of silence in pedagogy at a secondary school‘, published in the British Educational Research Journal on an open access basis. 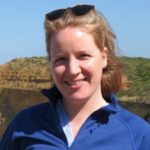 Amy Hanna is a research fellow at the Centre for Children’s Rights at Queen’s University Belfast. During her undergraduate studies of law, Amy’s interests were focused on young people, their rights and their experiences of youth justice, together with the theories which underpinned the study of law, and human rights in particular. Later qualifying as a teacher of English, Amy has taught in secondary schools in both England and, most recently, Australia, where she taught young people with disabilities. Throughout her teaching practice, Amy noted that children’s rights and voices are regularly not asked for, and therefore remain silent, but that this is often because teachers are unaware of how to implement these rights in education. Amy completed her PhD research on how examining uses and experiences of silence by students and teachers can create more inclusive understanding of student voice and children’s participation rights.