Languages education plays a central role in constructing hegemony and boundaries, while also being commodified as a technical skill with symbolic added value in the globalised new economy (Heller & Duchêne, 2012). In spite of the continuous politicisation of the Chinese language in New South Wales (NSW) Australia and internationally in the West, Chinese is still being recognised as a central language for Australian students (Weinmann et al., 2021). As a result, in 2019 the NSW Department of Education invested substantially in a substitutional programme and is committed to delivering ‘first-class Chinese-language and cultural programs’ in NSW public schools (Baker & Chung, 2019). This ambiguous discourse has paralleled with the status of foreign language education in China.

In our recent paper, ‘Critical Chinese as an Additional Language education in Australia: A journey to voices, courage and hope’, published in the British Educational Research Journal (Xu & Knijnik, 2021), we consider the discursive construction of politicised and racialised language ideologies and ‘profit’; that is, language as capital provides the cultural and social context for our research. We handled contradictions and recast Chinese as an additional language (CAL) education as a dynamic pedagogic space for critical language and cultural awareness. Though trumpeted as an open, democratic and multilingual society, inequity, social stratification and exclusion are perennial issues in Australia. Learning additional languages – often associated with elite education – is likely to afford students from disadvantaged families with valuable resources, such as employment, sustainable livelihoods, alternative ways of thinking and a sense of achievement (Piller & Takahashi, 2011).

‘Learning additional languages – often associated with elite education – is likely to afford students from disadvantaged families with valuable resources, such as employment, sustainable livelihoods, alternative ways of thinking and a sense of achievement.’

In our article we draw upon Freire’s conceptualisation of dialogic practices and conscientização to unpack a journey to voices, courage and hope of a cohort of socially, linguistically and economically disadvantaged students in Western Sydney, one of the most culturally diverse regions in the country. As a result, we were able to capture their experiences, responses, dreams and understanding of CAL education in multicultural Australia. For example, a girl named Ally, who came from a challenging background, expressed a critical awareness of the importance of Chinese language to her future capacity to have white-collar, high-skilled jobs as opposed to more traditionally feminised roles or occupations that do not require a strong educational background.

By arguing that emancipatory and critical practices could lift students to achieve consciousness and collective self-transformation, we challenged the permeability of raciolinguistic ideologies that exacerbate social exclusion and inequality in linguistically diverse Australia – while making a contribution to the literature on CAL and languages education, which all too often isolate from broader issues in educational theory (Pennycook, 1990). We end with a call for broadening research and teaching imagination, and writing CAL and all additional languages more firmly into the social inclusion agenda in both Australia and beyond (Piller & Takahashi, 2011).

This blog is based on the article ‘Critical Chinese as an Additional Language education in Australia: A journey to voices, courage and hope’ by Wen Xu and Jorge Knijnik, published in the British Educational Research Journal. It has been made free-to-view for those without subscriber access for a limited period, courtesy of our publisher, Wiley. 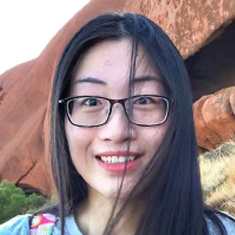 Dr Wen Xu is a post-doc researcher in the Faculty of Education at East China Normal University. Her research interests focus on language(s) education and society, socio-cultural studies of education, learner identities, and equity/inequality. Considering the worldwide growing upheaval and scepticism around Chinese language education, she writes extensively on how Chinese literacy can be theorised as a pathway towards equity and upward social mobility for Australian students, especially those from underprivileged backgrounds. 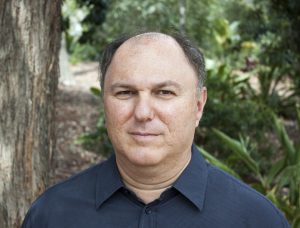 Jorge Knijnik is a Brazilian-Australian academic currently working as an associate professor in the School of Education at Western Sydney University (Australia), where he is a researcher in the Centre for Educational Research and the Institute for Culture and Society. Jorge currently employs Freirean tools to research the complex intersectionalities and identities of Muslim women who play football. He has a rich know-how in developing and assessing pedagogical transformative hands-on experiences within super-diverse environments, that respect each participant’s complex mix of identities including gender, physical capacities, philosophies and cultural practices, towards positive educational, community and health results. His recent book The World Cup Chronicles: 31 days that Rocked Brazil is published by Fair Play Publishing. http://orcid.org/0000-0003-2578-8909

A Freirean resistance: Conscientização against the right-wing Escola sem Partido movement in Brazil