Over the past decade, attempts to micromanage teachers’ work within classrooms while also limiting their freedom of speech have increased and become a major disruption to Brazilian educators. The move for more regulation (and criminalisation) of teachers’ labour has already been described internationally within neoliberal settings that, as in the Brazilian case, aim to additionally privatise schools, converting them into instruments to make compliant workers, not autonomous citizens (Apple, 2013; Chacko, 2018).

Such efforts gained muscle during the massive street demonstrations across the main Brazilian cities, demanding the impeachment of then president Dilma Roussef, as she started her second term in office. Millions of campaigners marched in 2015 and 2016 protesting against the country’s economic recession amid corruption allegations within the presidential cabinet (Knijnik, 2018). Among their diffuse conservative demands, which included the restoration of the military dictatorship, some activists had more specific targets such as public education, and took to the streets to enhance the power of their particular organisations.

This was the case of a conservative educational movement called Escola sem Partido (literally ‘School without Political Party’, or ESP). It was during these right-wing demonstrations that the ESP gained some public traction; in a unique case where demonstrators marched against a renowned educator and his critical and democratic educational philosophies, the ESP group clearly displayed in their banners its main enemy’s name, in capital letters: WE’VE HAD ENOUGH OF PAULO FREIRE.

Paulo Freire is a world-renowned Brazilian educator whose work became the paramount global reference of critical and dialogical pedagogy. Freire (2004) deemed education to be a practice of autonomy and a potent instrument in the struggle against social and cultural oppression. Freire is also the philosophical and political-pedagogical beacon for Brazilian educators concerned with social fairness, and in 2012 Brazil’s parliament officially designated him as the patron of the country’s education.

‘Paulo Freire deemed education to be a practice of autonomy and a potent instrument in the struggle against social and cultural oppression … Hence, it was no surprise that conservative groups would see in Freire the source of all “evils” that arguably were damaging Brazilian education.’

Hence, it was no surprise that conservative groups would see in Freire the source of all ‘evils’ that arguably were damaging Brazilian education. It was the ESP, however, that took over the reins of this movement, chasing not only Freirean teachers who were arguably brainwashing innocent schoolchildren, but also advancing a series of parliamentary bills to introduce the ESP programme in cities, states and even at the national level. The clauses of these bills make clear the ESP’s ‘banking education’ concept that considers students as passive objects to be moulded, with no capacity to develop their own critical and independent thinking. One bill, for instance, states that ‘it is forbidden [for the teacher] to employ techniques of psychological manipulation with the aim of garnering students’ backing of a specific cause’ (Programa Escola sem Partido, 2015). While a clause in another bill would have allowed for students to film their teachers inside the classrooms; however, this was deemed unconstitutional as it would have undermined teachers’ academic freedom and children’s rights to privacy.

This post is based on the article, ‘To Freire or not to Freire: Educational freedom and the populist right-wing ‘Escola sem Partido’ movement in Brazil’, recently published in the British Educational Research Journal as part of the special issue ‘Interrogating education: Critical thinking in the time of populist politics’. In this paper, I employed a Freirean dialogue to craft a narrative between opposed political-pedagogical forces (Knijnik, 2020). Freire’s dialogical method has its origins in his profound trust in education as an instrument for civic change and social liberation. Reflection and political action are the foundations of the Freirean dialogue. Hence, using Freire’s critical concepts of banking education, dialogic education and consciousness (conscientização) I was able to analyse both the ESP proposals and political actions, as well as the civil society resistance against this right-wing activism.

Both civil society and academics who resist the ESP moves to control public education in the country employ Freirean concepts, even if they do not openly say it. They want to promote a continuous dialogue and push for more democratisation within schools as a way to counteract the ESP’s attempts, within schools and in the country’s local, state and national parliaments.

The main finding of this dialogical narrative was that the same philosophical tradition of critical pedagogy and democratic schooling that is under assault is the one that has the sources to contest these attacks. By using the Freirean ‘anti-method’ of critical dialogue, teachers and school communities might be able to craft their own methods to stand against the authoritarianism of the ESP and its enthusiasts.

This blog is based on the article ‘To Freire or not to Freire: Educational freedom and the populist right-wing “Escola sem Partido” movement in Brazil’ by Jorge Knijnik, published in the British Educational Research Journal. 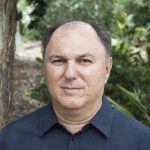 Jorge Knijnik is a Brazilian-Australian academic currently working as an associate professor in the School of Education at Western Sydney University (Australia), where he is a researcher in the Centre for Educational Research and the Institute for Culture and Society. Jorge currently employs Freirean tools to research the complex intersectionalities and identities of Muslim women who play football. He has a rich know-how in developing and assessing pedagogical transformative hands-on experiences within super-diverse environments, that respect each participant’s complex mix of identities including gender, physical capacities, philosophies and cultural practices, towards positive educational, community and health results. His recent book The World Cup Chronicles: 31 days that Rocked Brazil is published by Fair Play Publishing. http://orcid.org/0000-0003-2578-8909