Education research hit the headlines recently. The BBC reported research claiming that time spent out of school due to coronavirus could cost each child £40,000 in lifetime earnings. By the time this was picked up by other news outlets, including the Independent and the Guardian, the headline figure had become an overall £350 billion loss in earnings (reached by multiplying £40,000 by the number of school-aged children in England today). The £40,000 figure was also referred to, rather bizarrely, by Robert Halfon, chair of the education select committee, in a television news interview as one of the ‘four horsemen of the education apocalypse galloping towards our children’. It was soon obvious from Twitter that neither parents, struggling to get through these long, dark days of home schooling and homeworking, nor teachers, working long hours in schools and online, were buoyed by the findings.

Some found it hard to believe the findings, and rightly so. The articles referred to a ‘report’ from the Institute for Fiscal Studies (IFS), which gives the impression that this was the result of fresh research conducted to find out how home-schooling might impact children’s long-term economic outlook. This was not the case. The £40,000 figure is an estimate made in an ‘observation’ written by an IFS researcher (Sibieta, 2021) and published online. And there are some obvious reasons why this is not a very good guide to the impact of home schooling in the UK today.

The £40,000 figure is a calculation based on a meta-analysis by the economists Psacharopoulos and Patrinos (2018). Their review considered 705 estimates, from 139 countries, using data collected between 1950 and 2014. The question they asked was really about school-leaving age: taking into account the cost of remaining in school, how much economic gain comes from spending more years in school? The association between years spent at school and economic prosperity is well known, particularly for girls and in relation to completing and extending primary education. The country most represented in their data is Colombia and, on average, the children in the study received eight years of schooling. Overall, the data suggest that an individual will gain 8 per cent more earnings than they would have otherwise for each extra year they stay on in school; this equates to the £40,000 lost as a result of six months of missed schooling, based on a lifetime earnings estimate of £1 million.

However, leaving school in Colombia in the 1990s after an additional six months of gaining reading and writing skills is not the same as experiencing a six-month period of home schooling in the UK in 2020–2021. Our children are coming back to school. They will still receive 13 or more years of education and leave school with similar qualifications. They will very likely be facing a more difficult economic climate than their parents did, but this will not be because they only achieved a grade 4 in their history GCSE. It will be because they will be emerging from school into the aftermath of coronavirus.

‘What concerns us is the readiness with which these “findings” were accepted and promoted. It reflects a broken network of systems that encourage funders to commission research that addresses narrow questions and focuses on attention-grabbing headlines.’

What concerns us here is not only the limitations of the original IFS piece, which were neither explored nor acknowledged in any of the reporting, but also the readiness with which its ‘findings’ were accepted and promoted. It highlights a number of issues, including the narrow, instrumental focus on education in terms of its economic outcomes, and the lack of scrutiny and unquestioning dissemination of research findings from education and the social sciences in general. It reflects a broken network of systems that encourage funders to commission research that addresses narrow questions and focuses on achieving striking headlines that attract attention.

What we need is a more balanced approach to education research and its findings, which values in-depth description over prediction and recognises the complexity of the situation in which we find ourselves. Considering the economic and other impacts of home-schooling is a crucial question. We need, and deserve, better answers. 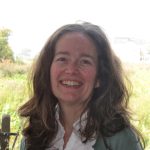 I am interested in how we can measure what matters, how education progresses, how we can implement research findings effectively, and the role education plays in developing a society's collective mindsets. I have a particular interest in social mobility. I was the principal investigator of the mixed-methods ‘Against the Odds’ study (2019-2021) into the progress of secondary students facing socio-economic disadvantages, commissioned by the Social Mobility Commission. I have argued that our mechanisms for supporting teachers with research evidence have failed for evidence regarding socio-economic disadvantages. My current work includes research into teachers’ attitudes to poverty, analysis of meta-analysis, theorising evidence, and studies of how teachers conceptualise cultural capital and put these ideas into use. 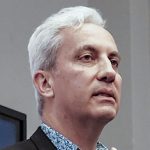 Professor of Education at University of Brighton

Michael Jopling is professor of education and director of the Education Observatory at the University of Wolverhampton. He writes about and researches issues relating to education policy, vulnerable families and young people, social justice and collaborative school leadership.