Teaching mathematics is a social justice issue. Despite numerous calls from the mathematics education community, the curriculum in England remains stubbornly resistant to change. Too many classrooms are characterised by learning based on factual recall and procedural understanding, leading to the alienation and disaffection of many learners. High stakes assessment, and resultant pressure to teach to the tests, discourages teachers from taking risks and from questioning the apparent lack of meaning and purpose of school mathematics.

Successive governments have emphasised the importance of mathematics education for promoting economic growth, leading to a predominantly functional mathematics curriculum. Little thought has been given by policy makers towards making the learning of mathematics a pleasurable and enjoyable experience, addressing issues of equity, or developing mathematical understanding and reasoning which empower students to play an active and fulfilling role in society.

It doesn’t have to be like this. The Teaching Mathematics for Social Justice Research Group was established in June 2013. Over the next 12 months, the group, consisting of myself and five teacher researchers with a commitment to social justice, worked collaboratively to develop an alternative vision of mathematics education. Through a participatory action research model, we designed, tried out and evaluated a series of classroom activities which aimed to:

Making mathematics more meaningful and relevant to their lives helped to convince students, particularly those who might otherwise lose interest, that it has a worthwhile purpose.

Analysis of data from meetings and interviews with teacher researchers demonstrated that the project had a significant impact on the engagement of students. Making mathematics more meaningful and relevant to their lives helped to convince students, particularly those who might otherwise lose interest, that it has a worthwhile purpose.

The project also impacted on teachers’ thinking and classroom practice. Engaging with theories, which explain why substantial differences in mathematical attainment between students from different socio-economic backgrounds persist, challenged teacher researchers’ previous assumptions about the nature and purpose of school mathematics. The mutual support provided by members of the group enabled them to identify and, through sharing ideas, thoughts and experiences, overcome many of the constraints they encountered in schools.

The project enabled teacher researchers to re-engage with the reasons why they came into teaching in the first place, typically a desire to address issues of inequity and injustice through education, which they felt they had lost sight of due to the exam-focused nature of the curriculum. They grew in confidence as they began to develop their practice in a direction that they were comfortable with. The growing agency and self-efficacy of the teachers involved in the project is best captured in the following extracts from the final reports written by three of the teacher researchers:

Brian: A really enjoyable part of this project was giving students the chance to present an argument for something they wanted to see change. The response of the pupils to this task was so positive that I think it is something I would try to conduct in one way or another with all of my classes. … Producing their own arguments and listening to those of others led to many expressing surprise at the utility of mathematics. Some claimed they would never again ask, ‘What’s the point?’ or ‘Where will we use is in real life?’

Rebecca: Being part of the research group has introduced me to a lot of new ideas – the one that sticks with me is the idea that maths is not value-free, because I remember it seeming so strange an idea when I first heard it during the meeting, but yet it made so much sense. … The collaboration with people in other schools teaching similar things was a big morale boost as well as being incredibly useful. I think my enthusiasm would definitely have waned after the first few badly planned activities if I had been trying to do this on my own.

Anna: For me, while there were numerous clear benefits for current learners in my classroom, the true impact of being part of this project is something that will be seen in the long term. Specifically, I believe participation in the project will impact the learning of my future students due to the following; the positive impact on my professional understanding of how maths can be taught in a way that creates beautiful learning opportunities which learners enjoy, the opportunity to develop my skills as a collaborative and reflective practitioner, and the (unanticipated) modification of my own conceptualisation on the nature of maths as a subject. 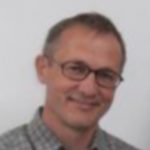 Senior Lecturer in Education at University of Dundee

Before joining the UCL Institute of Education in 2011 as lecturer in mathematics education, Pete Wright taught for 12 years in comprehensive schools in London, Newcastle-upon-Tyne and Brighton, including a year as an advanced skills teacher and three years as head of mathematics. He also taught for three years in a rural school in Kenya with Voluntary Services Overseas. Other posts in education include five years as a mathematics consultant, then software development manager, for the SMILE Mathematics curriculum development project, and two years as a local authority secondary mathematics consultant in Brighton and Hove. His research interests include teaching maths for social justice, equity in mathematics education and participatory action research. These were the focus for his doctoral studies at the University of Sussex, as well as for the Visible Maths Pedagogy project he has been working on with Alba Fejzo and Tiago Carvalho since 2017.