When you invest years in thinking about what populism is and how it manifests on social media, it is easy to forget that, for many, ‘populism’ is seen as a negative term, and that individuals or groups who might be described as populist might see that as a criticism. However, a reading of Hobsbawm (2006) shows how 19th century proletarian populism was the principal force behind the gaining of concessions for the working classes in terms of enfranchisement, health and education. Populism is, in my view, not necessarily a bad thing, but some kinds of populism are destructive – particularly rightwing populism and its consequences in terms of authoritarianism, fascism and even totalitarianism.

The associations between unacceptable forms of populism and my characterisation of teacher populism or ‘micropopulism’ resulted in quite a stir on Twitter when my article (Watson, 2020) was published online by the British Educational Research Journal (BERJ) on 24 July 2020. The reaction to it was unprecedented (Barnes, 2020). Within a few days the article was in the top 1 per cent of Altmetric’s attention measure (of about 15.5 million tracked outputs), and it currently has the second-highest attention rating of all BERJ articles.

The article presents a theoretical account of the online polarisation of educators as either ‘trads’ or ‘progs’. Trads argue for a knowledge-based curriculum and greater teacher authority, and their narrative is that for too long teachers have been subject to a progressive elite who have used their positions in government and academia to mandate unscientific child-centred teaching approaches. For instance, Bennett (2013, p. 4) refers to ‘the ridiculous notions that have poured from the non-laboratories of education in the last 100 years’, and to ‘educational psuedo-science’ which is ‘propagated in educational training establishments […] bought by LEAs [local education authorities] and hoisted on the unsuspecting [teaching] profession’ (Bennett, 2013, p. 2). He rounds on child-centred practices such as learning styles, thinking skills and groupwork. The language of this is characteristically populist: a just ‘people’ against an unjust ‘elite’.

‘What we are seeing in the education context is a subnational form of populism – or “micropopulism” – with a specific emphasis on policy and practice. Micropopulisms represent a new foray for populism that reflects changes in technology, political economy, culture and social relations.’

Although it is not populist in the sense of being oriented towards nation, nation-state or even nationalism, this populist rupture exists around a community of practice and interest. Most theoretical accounts of populism characterise the ‘us versus them’ rupture at a national level: rightwing populism presents the pure people of a nation, and leftwing populism organises around nation states. What we are seeing in the education context is a subnational populism that has a more specific emphasis on policy and practice. This, I argue, is one of the important theoretical contributions of my paper (Watson, 2020): that there are subnational forms of populism or, as I term them, ‘micropopulisms’. I suggest that this represents a new foray for populism, one that reflects changes in technology, political economy, culture and social relations.

Amid all the noise on Twitter – much of which centred on claims that I had said that teachers who were traditionally oriented were populist and rightwing (which I categorically did not) – the actual point of my research was generally missed. My claims were, and are, as follows.

It was pointed out that while much of the reaction to my article denied the existence of trad micropopulism, the actual Twitter reaction to the article provided demonstrable evidence of the paper’s main argument, that social media is divisive and can amplify populism in unproductive ways.

As a teacher educator as well as a researcher, one of my primary motivations for researching teacher micropopulism was my concern that new teachers are being sucked into this polarisation and being radicalised uncritically into a populist movement. This is the danger: the lack of an uncritical account of the dynamics, the technological, political and social psychological forces that are at play. I hope that this research prompts calls for greater digital literacy among educators, and more robust critical accounts of the techno-politics of education.

This blog post arose from the article ‘New Right 2.0: Teacher populism on social media in England‘, published on an open access basis in the British Educational Research Journal (BERJ). It forms part of a forthcoming special issue of BERJ on ‘Right-wing populism and education: Interrogating politics, policy and pedagogic resistance’, guest-edited by Saba Hussain and Reva Yunus.

Bennett, T. (2013). Teacher proof: Why research in education doesn’t always mean what it claims, and what you can do about it. Routledge. 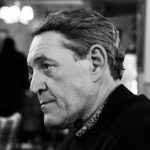 Associate Professor at University of Cambridge

Dr Steven Watson is a lecturer in mathematics education at the University of Cambridge.