The questions, ‘What does the empirical evidence tell us about the achievement gap?’ and ‘What is proven good practice for closing the gap in educational inequality?’, are the subject of much discussion and interest. A well-established body of research evidence shows that inequality in educational outcomes has grown for some groups over the last three decades in England and that a large number of children are underachieving at school (Hutchinson et al., 2019; Gorard, 2018; Demie & Mclean, 2016; Cassen, McNally, & Vignoles, 2015; Clifton & Cook, 2012). There is a longstanding achievement gap in England particularly associated with socioeconomic status. Policymakers and schools need more evidence on what works in schools, yet our review of literature found little research about what constitutes good practice (Demie & Mclean, 2016). I would argue there is a failure in previous research to provide practical solutions and ‘what works’ evidence for teachers and policymakers to use to address inequality and to develop strategies to close the achievement gap in areas of challenging circumstance (Demie & Mclean, 2016).

‘The evidence from my studies conveys how schools in one diverse and disadvantaged inner-city local authority raised children’s attainment to levels that far surpass the national average through effective use of a variety of approaches.’

My recent research publication, Educational inequality, argues that inequality in education matters, and aims to provide evidence of good practice in schools that are closing the achievement gap (Demie, 2019). Drawing on key stage 2 (KS2) data at the end of primary and general certificate of secondary education (GCSE) data, 14 case study schools, focus groups and interviews with headteachers, teachers, school staff, policymakers, parents, pupils and governors, it charts the road to improvement and to tackling inequality in education over the last 20 years. The evidence from my longitudinal studies conveys how schools in one diverse and disadvantaged inner-city local authority have raised children’s attainment to levels that far surpass the national average at both KS2 and GCSE level through effective use of outstanding headteachers, high-quality teaching, effective targeted support through intervention strategies such as small-group additional support, one-to-one tuition, feedback, booster classes, enrichment activities and early intervention.

These approaches have a positive impact on the achievement of all groups of pupils. However, the research findings also identified additional success factors that are particularly critical for ethnic-minority students and bilingual students with English as an additional language (EAL). I would argue that schools that are effective in one respect tend to be effective in others, although the factors that lead to successful outcomes may differ. In the case of ethnic-minority and EAL pupils the studies suggest, in addition to the above common success factors, the importance of a number of other factors that were found to raise the achievement specifically of ethnic-minority and bilingual children including engaging parents in school, celebrating cultural diversity and using an innovative curriculum which reflects and meets the needs of the community. What is special about the case study schools is that headteachers make deliberate efforts to recruit a multi-ethnic workforce, often from the community the school serves. Staff members are able to speak many of the community languages. As a result, children feel that they can relate to staff from their own cultural background, so they feel well supported and motivated. Overall the improvement made by students in the case study schools is exceptional by all measures, and central government, local authorities, school governing bodies and school leaders can learn from it. 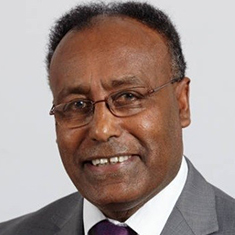