School exclusion is a hot issue within education and there is growing concern about the numbers of exclusions and off-rolling in schools in England. In particular, a number of studies have drawn attention to the rise in school exclusions and suspensions (see DfE, 2019; Demie, 2019; Parsons, 2009; Timpson, 2019). This has brought exclusion issues to the front of public and education policy debate in England.

The reviews of previous research also suggest that some Black and special educational needs (SEN) pupils represent the most excluded groups of pupils in British schools (Demie, 2019; Timpson, 2019). In addition to Black Caribbean students, Gypsy/Roma and Traveller pupils, Mixed White and Black Caribbean pupils, and SEN pupils are overrepresented in the exclusion statistics in England (DfE, 2019). This finding is further supported by empirical evidence that confirms the scale of the problem and the rise in permanent school exclusion to 7,905 pupils in 2018 from 4,630 in 2013, an increase of 41 per cent. Evidence also shows about a 35 per cent increase in fixed exclusions during the same period (DfE, 2019).

Despite considerable research evidence that Black pupils and those with SEN continue to be at greater risk of exclusion from school, there has been little research into the reasons for rising school exclusions and disproportionality.

Drawing on the above evidence, I found the factors associated with the rise in school exclusions in English schools. These include education market policy, the so-called league tables, austerity and funding cuts, fragmentation of the education system, informal off-rolling to improve GCSE results, and poverty. The conclusion of this research confirmed there is a disproportionate rate of exclusion of Black Caribbean, Mixed White and Black Caribbean, Gypsy/Roma pupils, Traveller of Irish Heritage pupils and SEN pupils in schools. Our findings indicated that ethnic and SEN disparities were caused by multiple factors, including teachers’ low expectations, institutional racism, stereotyping, unconscious bias, poverty and lack of diversity.

I would argue that learning from the research findings can make a difference to schools and policymakers by providing research evidence to tackle school exclusions. This research is mainly about the experience of teachers, parents, governors, SENCOs and other school staff in school exclusions in the context of England. However, our research is not complete. It is small scale and there is also scant empirical and ethnographic research on the impact of school exclusions on schools, parents and teachers, and school staff. More research into the factors associated with the rise of exclusions and the reasons for the disproportionality of exclusions for Black and SEN pupils in England has the potential to enhance our understanding of the factors responsible for exclusions. There is also a need for additional longitudinal studies in different schools, local authorities, and regions in England and elsewhere to get a wider picture. Our hearts tell us we need more research to challenge policymakers to tackle the scale of the school exclusions problem in English education systems. The current practice is unacceptable, and it is critical that policymakers and schools take seriously inclusion instead of exclusion.

To raise debate on this issue, we will run a symposium at the BERA Annual Conference on 7 September 2022 (9:00–10:30 a.m.) that explores the extent, causes and consequences of school exclusions. Further details about the symposium are available in the conference programme. 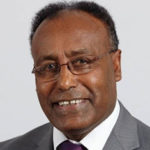