On September 26th 2014 Secretary of State Nicky Morgan told The Financial Times: “I don’t think that there is a place for the profit element in education”. Ms Morgan seems not to have noticed that for-profit activity already plays a huge role in public education in England.

Both the New Labour and coalition governments have contributed to a legal and administrative infrastructure which enables profit making. There has been a proliferation of new opportunities for profit-making as schools, colleges, universities, local authorities and central government award service contracts or buy services from private providers – services that in many cases were previously provided by local authorities or the need for which has been created by policy changes. Most supply teachers are now employed by private agencies. Most school examinations andtests are run by private providers. Since 1992, the work of school inspections has been outsourced to private contractors (though the head of Ofsted, a statutory body, announced in May 2014 that he would bring the management of inspections back in-house).

Some of the local authority providers have migrated into the private sector. 3BM, for example, describes itself on its website as ‘the first employee-led mutual joint venture’. It delivers ‘services such as financial management, IT and building development to schools allowing them to focus on education’ and claims that its ‘pioneering new model for delivering better and more cost-effective services… combines the experience and local knowledge of council staff with a private sector business ethic’.

The academies programme creates many new profit opportunities. Browne Jacobson, a law firm with a turnover of £50m in 2013-14, offers schools considering conversion to academy status ‘a smooth and straightforward process’ for a ‘fixed price’. Academy governors and academy chain trusts have a free hand in awarding contracts for various aspects of running the schools. A report for the Commons Select Committee on Education found examples where these involved dubious practices and inappropriate financial arrangements, and said the checks and balances to prevent conflicts of interest were ‘too weak’. There have been several examples of financial malpractice by academy providers. AET, the largest academy chain – criticised by Ofsted for poor performance and now, with 17 other trusts, barred from taking on any new schools – has allegedly paid nearly £500,000 into the private business interests of its trustees and executives.

In September 2014, AET announced plans to outsource all nonteaching posts, from librarians to caretakers, in its 77 schools. It intended to set up a limited liability partnership with PriceWaterhouseCoopers, which would be paid up to £400m over ten years, though the proposals were later withdrawn. In 2011 the Sabres Trust, which runs the Breckland Free School in Suffolk, awarded a £21m, ten-year contract to manage the school to the Swedish for-profit company IES.

Whether they are academies or not, many schools now use private providers for their technical, back office and domestic services and increasingly also for in-service teacher training. Osiris Educational, which calls itself ‘the UK’s leading independent training provider for teachers’, claimed that over 30,000 teachers attended its training courses in 2013. When the government introduced new headteacher standards from May 2015, Osiris offered courses to schools so that they could ‘be the first to understand the biggest changes in a decade’.

Many edu-businesses operate internationally and across sectors. Tribal, ‘a global provider of products and services to the international education, training and learning markets’, has 1,300 staff working across five continents. As well as being one of the three companies running school inspections, it holds contracts to run the National Centre for Excellence in the Teaching of Mathematics portal, the Science, Technology, Engineering and Mathematics support programme, the National Apprenticeship Service, the National Careers Service, and the Offenders Learning and Skills Service. Tribal is among the growing number of companies – Prospects, Cambridge Education, Pearson, Serco, Mouchel, and Babcock are others – generating profit from a wide variety of roles in public sector education. Babcock, for example, employs ‘over 600 education experts providing consultancy, training and management services to over 700 schools and academies in 50 local authorities’ (website).

Increasingly, private business is colonising the formation of policy itself.

Increasingly, private business is colonising the formation of policy itself. Companies produce policy ‘texts’ and policy ideas for the government and, through their work as advisers, evaluators, service deliverers, philanthropists, researchers, reviewers, brokers, contract writers, ‘partners’, committee members, consultants and auditors, become part of what has been called the ‘policy creation community’, operating, in effect, inside government.

Whatever Nicky Morgan says profit-making is now firmly embedded in the day-to-day running of schools. The line between private profit and public service is blurred in a whole variety of ways, from national policymaking to teacher-student interaction in the classroom. In this sense, the question of for-profit is not when and if, but how much?

Why should we be worried about profit-making in schools? First, we should worry about whether helping to generate private profits is a proper use of taxpayers’ money. Advocates of profit argue that we get better service and improved outcomes. Overall the performance of academies and free schools belies that claim. Indeed, there is no robust evidence that the disciplines of profit, or profit surrogates, generate educational improvements. Certainly the evidence from Sweden’s independent schools and Chile’s private schools does not. Second, we should worry about conflicts between the interests of the public good and the interests of shareholders. If companies are to make profits from schools, they have to drive down wages costs which account for 85 per cent or more of schools’ running costs. As well as increasing class sizes, they have to consider putting teachers on short term contracts, paying them in term-time only and introducing performance-related pay, or they will look to replacing qualified teachers with computers – blended learning. Such cost-cutting in Sweden’s for-profit schools has led to chastening consequences in teaching quality and pupil performance. Third, as the above examples suggest, forms of profit-making and business-like sensibilities can lead to ethical slippage. The ethics of competition and entrepreneurialism often come as a package and can change the framework of priorities within which educational and budgetary decisions are made. Within such sensibilities schools may think about students in terms of their ‘worth’ in relation to institutional performance – some student profiles are of ‘high’ value and sought after, others are of ‘low’ value and to be avoided. In the heat and noise of educational reform little attention is paid to ethics. If we do think ethics are important, there are difficult questions to be addressed about who should not be involved in delivering public education services. 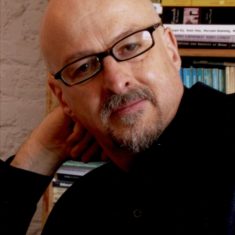 Professor Stephen J Ball is Karl Mannheim Professor of Sociology of Education at the Department of Educational Foundations and Policy Studies and Centre for Critical Education Policy Studies, Institute of Education, University College London. Stephen has been the Managing Editor of the Journal of Education Policy since 1985. His main areas of interest are in education policy analysis and social theory and he has published extensively in the following areas. 1 – Changes in governance and new state modalities. 2 – The Global Education Reform Movement. 3 – The relationships between education and education policy and social class. He brings to bear on these issues the tools and concepts of “policy sociology” and in particular the methods of Michael Foucault and Pierre Bourdieu.

Is pupil premium funding the answer to a worldwide problem?