Recently, I discovered some chapters that I had drafted in the early 1980s. These arose from a study of teachers at Bridgewater Hall, the first secondary school on Stantonbury Campus in Milton Keynes. Rereading them raised issues for me about the current state of schooling.

The creation of the Campus was driven by the vision of its first director, Geoff Cooksey, whose overriding concern was that the campus schools should achieve coherence with the community they served. The buildings were designed to reflect domestic architecture, while, in order to avoid separation between education and other aspects of living, he emphasised the roles of place, time, teams, resources and relationships. At Bridgewater, a timetable based on 75-minute blocks of time was introduced, often doubled to give half-day sessions. And no bells! Bells only divide the day in prisons and convents, Cooksey said. Day 10 and Week 10 were instituted to allow extended and integrated activities outside the normal curriculum, including residential experience at an expedition centre. Courses were developed by teams of teachers who prepared their own resources. ‘Shared Time’ was an opportunity for interdisciplinary teaching and learning. Most teaching was mixed ability. Teacher-generated, but examination-board accredited, qualifications and a record of achievement for all students were developed. This development activity was carried out in twice weekly staff meetings. A community resource centre was the first building on the campus. All these structures were balanced by an equal emphasis on relationships. Mutual respect between adults and students was expected but first names were used and there were no uniforms.

What happened to Stantonbury Campus over time is a sad story. Geoff Cooksey retired in 1984. Many of the schools’ leaders (such as Bob Moon, Mike Davies, Mervyn Flecknoe, Ivor Goodson and Michael Fielding) went on to notable careers in headships of other schools, or in universities, or both. After a string of good Ofsted reports, the Campus received a poor one in 2012. A new principal introduced fences, gates, uniform and lanyards. It became an academy within a multi-academy trust (Griffin). These ‘reforms’ did not work. In 2018, the school, now named Stantonbury International, ‘required improvement’ and in 2020 it was judged as ‘inadequate’ and put in special measures by Ofsted. The heavy workload of teachers, a badly planned and taught curriculum, and lack of leadership were all criticised. However, the safety and security of students was the major issue after violence among students resulted in a (non-fatal) stabbing. This is doubly tragic as the original school placed so much emphasis on relationships. In September 2021 the school reopened under the management of a new principal and a new multi-academy trust (Tove). How it fares will be interesting to watch.

The failure of changes – that are more in line with current directions in central education policy – to restore the fortunes of a once-successful community-based school, might be seen as a metaphor for the system in England today. So, what is to be done? The early history of Stantonbury Campus, when the concept of community was central, might hold a key.

‘The failure of changes – that are more in line with current directions in central education policy – to restore the fortunes of a once-successful community-based school, might be seen as a metaphor for the system in England today.’

In a recent book, David Hargreaves (2019) makes a characteristically provocative argument for ‘murdering’ the state by other means than revolution. He draws on anarchist thought, particularly that of the political philosopher William Godwin (1756–1836), who offered a powerful indictment of the state, including its role in schooling. It is unlikely that Godwin could envisage the extent of centralisation in England in the 21st century, but Hargreaves makes the link and draws a sharp distinction between education and schooling. He argues that the former does not depend on the latter; he then offers an alternative based on community action for education in which specialist teachers would have a role but so too would parents and other members of the community, who have funds of knowledge and skill to share. Community resource centres would be important, but the school as an institution might not be needed. He writes of the possibility of a stronger place for home education facilitated perhaps by a universal basic income that could free up time for all adults to be involved in the education of the young, teaching them in ways that integrates theoretical with applied learning.

All this might seem wildly optimistic, but, in the two years since Hargreaves’s book was published, we have seen communities mobilise around Black Lives Matter, Me Too, Extinction Rebellion, LGBTQ+, Marcus Rashford’s efforts to end child hunger, and crowd sourcing and public funding of assets such as Wikipedia. The coronavirus pandemic has also had a profound effect on education, work and people’s lives. While some might wish to ‘get back to normal’, others see recent crises as opportunities to do things differently. For example, hybrid forms of working have been tried; not all have been found wanting. In schools, flexible and blended learning can work well. People have discovered, or re-discovered, the outdoors for recreation, health and learning about the natural world and their communities. So, a renaissance of community is possible. If motivation, engagement and action follow, then the power of centralised forces could be diminished. Is it too much to hope to see a new age of innovation in curriculum, pedagogy and the structures of education, part-generated, appreciated and supported by local communities, and perhaps actively encouraged by a more hands-off government? 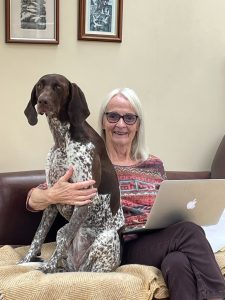 Mary James, FAcSS, formally retired as Professor from the University of Cambridge Faculty of Education in 2014. She previously held posts at the Institute of Education London, the Open University and in three secondary schools. She is a Past President of the British Educational Research Association and was awarded its John Nisbet Fellowship in 2019.  She was Deputy Director of the ESRC’s Teaching and Learning Research Programme.  She was a member of the UK’s Assessment Reform Group and has, or continues, to advise governments and research councils in England, Wales, Hong Kong and the Nordic countries.

Is the ‘attainment gap’ fit for purpose?