In a recent study (Prytz 2017), I show that a standard narrative about Swedish school governance in the 20th century does not fit how the school subject mathematics (years 1–9) was governed in the period of 1910–1980. Now I wonder whether this is an isolated Swedish phenomenon or if it is true for other countries and school subjects as well? This is a question that might have implications on how we evaluate the efficiency of governmental models.

In brief, the standard narrative about Swedish school governance is that increasing centralization was a basic element in changes of governance up to about 1970. According to the same narrative, a highly centralized system was in operation in the 1970s, but it was questioned and plans for decentralization were laid out. Only in the 1980s, however, these plans were realized. Also in international treatises, this narrative is used to characterize the Swedish school system during this period of time. In fact, some consider the Swedish system to have been one of the most centralized systems in the world. For further details and references, see Prytz (2017).

This narrative about centralization is not wrong in general, but for school mathematics and most parts of the period of 1910–1980 it is not correct. My study shows that central authorities refrained from implementing major changes in school mathematics, even in the 1970s. Only during a brief period of time (ca 1970–1974) the state and the central school authorities tried to enforce a radically new syllabus that encompassed content as well as teaching methods. This was the attempt to implement New Math in Sweden. An attempt soon abandoned.

‘This finding raises questions about a missing piece in research on school governance, not only in Sweden, but in general.’

This finding raises questions about a missing piece in research on school governance, not only in Sweden, but in general. My example is two international studies on school governance by Green (1997) and Hofman et al (2010). In both studies, the efficiency of governing models in various countries, Sweden included, is in part evaluated by means of international tests in mathematics (e.g. TIMSS and PISA). However, the authors say only little or nothing about the school subjects; this indicate that they assume that governance of school subjects were more or less in line with the general characteristics of the governing models in each country: either centralized or decentralized. My finding suggests that we should avoid such assumptions. It is not reliable to evaluate the efficiency of governmental models by comparing learning outcomes in school subjects and not consider how these school subjects have been governed.

In particular for the study by Green (1997) my findings are problematic since he considers the 1960s and 70s and includes Sweden in his comparisons. In Prytz (2017), you can read more about how Green’s conclusions are affected.

I will talk more about these issues at the up-coming BERA Conference 2017 in connection to my presentation Centralization of the Swedish school system – where did it happen? The presentation is part of the double symposium New Directions in Curriculum History.

Green, A. (1997). Education, globalization and the nation state. Basingstoke: Macmillan. 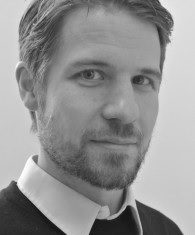 Mirror Mirror on the wall: the function of data in constructing child subjectivity

Connecting and the Curriculum: Reflections from Northern Ireland on joining the dots