The impact of globalisation on research ethics

The ethical principles we draw on in UK Higher Education Institutions are Western-based traditions for moral action. However, on a practical level what is assumed as the ‘right’ way, for example to gain informed consent, in one context is not necessarily culturally appropriate (and therefore ‘right’) in another. Similarly, on a theoretical level evaluators of research may dispute the world view and therefore ethical decisions of another researcher. These tensions arise partly when researching across national and cultural settings. High proportions of UK University students carry out enquiry in non-UK contexts or are themselves non-UK nationals expected to work with UK expectations for research ethics. The tensions also derive from working as academics in globalised research communities in which open-minded researchers are influenced by increasingly diverse methodological frameworks. The globalisation of our research therefore needs University research ethics committees and journal editorial boards to respond, accepting diverse cases for ethical decision-making.

Globalisation, if considered ‘worldwide integration and development’ (www.dictionary.com), constitutes boundary crossing. Some boundaries are geocultural. Should researchers with research sites in countries such as China, Pakistan (the ‘East’) be expected to enact European traditions? In terms of gaining informed consent, for example, researchers might feel gathering formal participant signatures of consent is locally inappropriate but feel pressurised to do so from Western research ethics committees. However, astuteness to the influence of local ‘cultures of obligation’ on participant engagement is also needed (). Conversely there are opportunities for non-Western ways of thinking, for example Confucian, to open-up rationales for ethicality here in the West.

Globalisation, arguably, also covers the cross-fertilisation of methodological and disciplinary traditions. Let’s consider the case of randomised controlled trials (RCT), promoted in Education since the Millennium as a result of their perceived efficacy in informing Healthcare policy and practice (Torgerson and Torgerson, 2003) and still central to BERA activity. RCT researchers are now tackling questions of whether/how such trials can be ethical within social science settings (Fives et al, 2015). Questions such as ‘Is withholding a perceived-to-be-effective intervention in an educational setting ever ethical’? and ‘How can such trials be carried out to empower and benefit all participating schools?’

Let’s also consider those who wish to research the increasingly complex social world of ‘face-to-face’ (for want of a better term) and virtual connectivity. New norms in the virtual social world, of privacy versus anonymity for example, need to be recognised (Andrews et al, 2015). Such societal changes might empower researchers to give true ‘voice’ to their participants, such as the unusual Cambridge School University Partnership book (McLaughlin et al, 2006) which names all participants and institutions. Naming, rather than anonymising, enquiry in schools might be attractive to schools wishing to promote themselves in the increasingly competitive UK educational landscape.

A call for dynamic, sensitive and sensible ethical appraisal

Researchers are helped neither by the diverse, and often philosophical, literature around research ethics nor by the limited pragmatic focus of many research texts covering social science research ethics. Comprehensive ethical frameworks offer tools to appraise enquiries (e.g. Andrews et al, 2015; Stutchbury & Fox, 2009). Decision-making and prioritisation in terms of how human participants are included in a study are ultimately made by the researcher, according to their principles and aspirations. Given this context of globalisation, the involvement of humans and aspirations to retain researcher autonomy, research ethical thinking needs to be dynamic, sensitive and sensible.

Fives, A., Russell, D.W., Canavan, J., Lyons, R. Eaton, P., Devaney, C. Kearns, N. & O’Brien, A. (2015) The ethics of randomized controlled trials in social settings: can social trials be scientifically promising and must there be equipoise?, International Journal of Research & Method in Education, 38:1, 56-71. 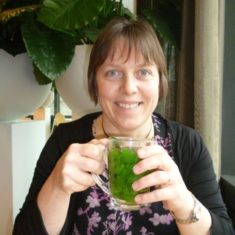 School of Education at University of Leicester

Alison Fox is a senior lecturer at the School of Education, University of Leicester. Alison’s current research interests are in teacher professional learning, the impact of social media on the profession and the ethics of educational research. Her teaching expertise covers leadership development, research methods and she specialises in Postgraduate programme design. Alison takes a lead in school-University partnership building. This draws on experience as an Initial Teacher Educator and, prior to this, secondary school and Further Education (Science and Geography) teaching.

Reflecting on the conference season: Where did your presentations end up as a result of social media dissemination?

Educational leadership: what are the current issues and how should they be studied?