2016 is a great time to review the state of educational leadership research and reflect on firstly, what are the key contemporary issues and secondly, how best to research them. Educational leadership has been studied from a school perspective – in particular the traditions of school effectiveness and school improvement – and from the perspective of individual school leaders and their personal styles/characteristics. In the last decade there has been a broadening to consider distributed and collective, teacher, views of leadership. However, have we offered a platform for the full range of leadership issues to be raised and reflected on the most appropriate ways to research them? Who is currently considering feminism in educational leadership, a topic popular in the 1990s (e.g. Blackmore, 1999; Strachan, 1999) and reviewed and revisited in the mid-2000s (e.g. Young and astral, 2012; Linley and Preston, 2009)? How is gender and leadership currently conceptualised and studied? Are the influences of all views of gender being considered and contradictions of views revealed, as advocated by Fuller (2014)?

Whilst there has been diversification from quantitative approaches and modelling in school effectiveness research to include qualitative approaches, such as narrative, life history and case study, have we fully embraced the insights to be gained by methods such as phenomology, autoethnography and critical approaches? BERA and BELMAS offer two events in 2016 as a stage to consider the scope of contemporary issues and the breadth of research designs to investigate and shed light on them. The first is hosted by Newcastle University on April 26th. The second will fall within the remit of the Educational Leadership SIG at the BERA annual conference in Leeds. For further information on the programme, as it becomes available, consult the BERA website.

Linley, A.L. and Preston, A. (2009) Understanding leadership experiences: the need for story sharing and feminist literature as a survival manual for leadership, Gender and Education, 21(6): 769-777. 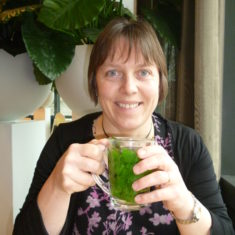 Alison Fox is a senior lecturer at the School of Education, University of Leicester. Alison is the BERA Educational Leadership (as it is newly named) SIG convenor and is currently gathering researchers and practitioners together to debate which educational leadership issues are worthy of research and examining the range of methods being employed to address such issues. This links with Alison’s research and teaching interests in leadership development, teacher professional learning and the ethics of educational research, together with her role in school-University partnership building.

Reflecting on the conference season: Where did your presentations end up as a result of social media dissemination?

Research ethics: Addressing the tensions and opportunities of globalisation