The early years foundation stage profile (EYFSP) is a national assessment, statutory in England. It is completed by teachers in the summer of children’s first (reception) year of school, when September-born children are soon to turn six, and summer-borns are turning five. The binary threshold ‘good level of development’ (GLD) judgement has long been a key EYFSP target and metric.

The Department for Education (DfE) states that the EYFSP should, ‘provide a reliable, valid and accurate assessment of individual children’, ‘inform parents about their child’s development’, influence teachers’ practice, and generate ‘an accurate national data set relating to levels of child development’. This aggregate data is used for policymaking ‘both nationally and locally’ (DfE, 2017; 2020).

Over the years, across several iterations of the EYFSP, there has been a consistent, steep gradient, according to relative age-within-year-group (month of birth), in the likelihood of children being reported to have reached a ‘GLD’ (DfE, 2010). In new analyses of the national pupil database, published in the British Educational Research Journal (Campbell, 2021), I examine the decade 2008–2018. Across years, there is an average 30 percentage point gap between August-borns and September-borns. In 2008, for example, 32 per cent of August-borns were deemed ‘good’, as opposed to 65 per cent of September-borns; in 2018, these figures were 57 and 84 per cent respectively.

I also examine how the age of a child’s peers interacts with their own age. Does it make a difference whether a child happens to be situated in a reception year group composed of children who are, on average, older or younger?

‘Many parents of summer-borns are being informed that their child’s development is not ‘good’ simply because they are younger within their school year – and all children are less likely to be designated ‘good’ if their year group happens to be older, on average, than they are.’

Mean peer age has a consistent bearing on whether children are deemed ‘good’. Regardless of whether they themselves are older or younger within the year-group structure (that is, whether they are autumn-, spring- or summer-born), children with more older peers are less likely to be attributed an EYFSP ‘GLD’. Patterns are consistent across years, schools of different sizes, and schools where the distribution of ages within year-group is more or less skewed.

That children with older peers tend to be less likely to be attributed a ‘GLD’ could be because, firstly, teachers (unconsciously) perceive children relative to one another. So a child who is in a reception year-group with an average age that is older than their own may be perceived as comparatively ‘less developed.’

It is also likely that processes of ‘moderation’ of the EYFSP, and accountability pressures – including from Ofsted – force teachers’ assessments into an expected distribution, or quota, within each school, whereby only a certain number of children are ‘allowed’ to be denoted ‘good’ at the reception stage. If a year group contains more older children, who tend to be more ‘developed’, all children will be ‘pushed’ towards the lower part of the curve, or across the threshold for the ‘quota’ of ‘GLDs’.

‘If the data are dubious at the child level, can they be trusted at the aggregate level? And should they be used for policymaking?’

The latest iteration of the EYFSP continues to ignore the dominance of age in determining ‘GLD’ attribution, the effects of institutional environment and pressures, and the impacts of relative judgement. This will continue to result in many parents of summer-borns being informed that their child’s development is not ‘good’ simply because they are younger within their school year – and in all children being less likely to be designated ‘good’ if their year group happens to be older. This continuing situation also invites an important question: if the data are dubious at the child level, can they be trusted at the aggregate level? And should they be used for policymaking?

My research indicates that the EYFSP cannot currently be an entirely ‘reliable, valid and accurate’ measure of individual ‘child development’ as intended by the Department for Education. More change and unconstrained, open, evidence-informed reform of the EYFSP and, crucially, of its meanings and uses, is still needed.

This blog post is based on the article ‘Relative age and the early years foundation stage profile: How do birth month and peer group age composition determine attribution of a ‘Good Level of Development’ – and what does this tell us about how ‘good’ the EYFSP is?’ by Tammy Campbell, published in the British Educational Research Journal.  It has been made temporarily free-to-read to those without a subscription, courtesy of our publisher, Wiley.

Campbell, T. (2021). Relative age and the Early Years Foundation Stage Profile: How do birth month and peer group age composition determine attribution of a ‘Good Level of Development’—and what does this tell us about how ‘good’ the Early Years Foundation Stage Profile is? British Educational Research Journal. Advance online publication. https://doi.org/10.1002/berj.3771 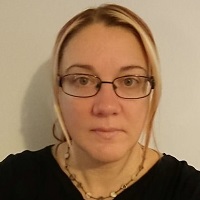 Tammy Campbell is an assistant professorial research fellow in the Centre for Analysis of Social Exclusion at the London School of Economics, and a British Academy postdoctoral fellow. She undertook her PhD at the UCL Institute of Education, having previously worked as a researcher in the (then) Department for Children, Schools and Families, and with children and young people in London, Japan and Norway. Tammy’s main interests span childhood and early education: she investigates social, structural, and psychological processes causing inequalities and shaping lives, and the intended and unintended ways in which government policies play out. Informed by a multidisciplinary perspective, her work currently focuses on interrogating large-scale quantitative survey and administrative data, and scrutinising policy documentation. Her publications can be found here.