As we move into the post-pandemic world, one word is becoming increasingly prevalent as a measure of people’s preparedness: resilience. Within a populist paradigm, the ability to ‘bounce back’ is perceived as an individual response to adversity. But what are the implications of reductivist notions of resilience in times of uncertainty and threat?

There have been various attempts to define resilience since its recognition as a psychosocial response in the 1970s (Garmezy, 1971, cited in Masten, 2014). Individuals who were perceived as having adapted positively despite exposure to adversity were assumed to possess inherent personality traits which predisposed them to positive outcomes. Subsequent research (Masten, 2014; Rutter, 1987) acknowledged the influence of environmental ‘protective’ and ‘vulnerability’ factors, polarised as ‘assets’ versus ‘risks’ (Masten, 2014; Luthar, 2003). Academics have since sought to identify the extent to which these factors moderate or have compensatory effects, thereby increasing or decreasing the likelihood of resilience. There has since been recognition of an interplay between the two; notably the influence of external and internal loci of control, and the extent to which individuals perceive their self-efficacy and agency during periods of stress or uncertainty (Bolger & Patterson, 2003). Further developments in the field have been influenced by neurobiology and genetics, with increasing consideration of the interplay between genes, biology and experience (Obradovic, 2012).

Seccombe (2002) and Bottrell (2009) question the assumption that resilient outcomes are the result of an interaction between the individual and their environment. While Bottrell calls for a social theory of resilience which ensures sufficient resources are allocated to disadvantaged areas to increase the resilience of marginalised communities, Seccombe disputes as ‘insufficient’ the definition of resilience as an ‘individual disposition, family trait or community phenomenon’ – asserting that resilience research must acknowledge structural deficiencies within society and the impact of unequal economic policies upon vulnerable communities. Meanwhile, Ungar’s International Resilience Project (2008) indicated that resilience is contingent upon an individual’s capacity to navigate access to resources within their environment.

The ‘fad’ of resilience (Traynor, 2018) is problematic as it fails to acknowledge the environmental variations impacting on an individual’s capacity to ‘bounce back’ when confronted with adversity or change. Traynor suggests that viewing individual resilience as the panacea to managing uncertain situations or unrealistic expectations, requires individuals to acquiesce to a status quo which can be as harmful as it is divisive. If resilience is the metric by which adaption to life-changing events is measured, colleagues who are asset poor (to use Masten’s term), or neuro-atypical (according to the personality traits identified above), risk being positioned as deficit.

‘If resilience is the metric by which adaption to life-changing events is measured, colleagues who are asset poor, or neuro-atypical, risk being positioned as deficit.’

Furthermore, conferring the burden of responsibility to individuals absolves institutions from ensuring that sufficient efforts have been taken to support staff to transition to the new normal. Traynor (2018) was writing for a nursing audience, but his argument is salient for an education context too. His reference to individualistic notions of resilience being used to ‘mitigate systemic problems’ will strike a chord with educators across all sectors. Health and education professionals alike are required to assume responsibility for political interference, underfunding and a blame culture by demonstrating their resilience to the challenges resulting from such attacks on their profession. In order to ensure effective transition to the ‘new normal,’ institutions across all sectors need to reject simplistic notions of resilience, and acknowledge the myriad factors impacting on individual responses to change, uncertainty and threat. Alongside this ‘critical resilience’ (Traynor, 2018), institutional responses should be introduced to staff in a measured, timely and transparent fashion, respectful of our multiple and diverse roles. 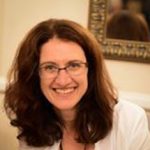 Rebecca Crutchley is a senior lecturer in early childhood studies at the University of East London (UEL), and is the early childhood and special education programme leader. Her research interests include critical disability studies, cultural resilience and children’s social agency – particularly the impact of language and cultural brokering roles of migrant children within their family and wider community, which is the focus for her professional doctorate in education. Prior to working at UEL, Rebecca worked as a teacher and special educational needs coordinator (SENCo) in primary and early years settings, and as a local authority advisory teacher. She is the editor/author of Special needs in the early years: Partnership and participation (SAGE, 2018).