In the US we have a systematic and prescriptive practice to deal with children manifesting chronic behavioural issues in the classroom. The method is called Positive Behavioral Supports (PBS). PBS is a method that looks at only the outward behaviors of the student, determines a cause or a trigger, develops a behavioral plan to address the identified behaviours and establishes rewards and punishments in an effort to decrease or extinguish the identified behaviour. These methods have proven cumbersome, culturally biased and most importantly ineffective at truly changing behaviour.

A new approach may be warranted. Knestrict (2014) found that the PBS model deals with observable behaviours and is largely limited to rewards and punishments as a means of modifying behaviours. These methods will, at best, provide control over the students but they do little to change behaviours or allow children to construct meaning behind new behaviours. Yet, the PBS model and the behaviourist-based methods informing this approach are ubiquitous in United States Public Schools.

Knestrict (2014) offers a new model that will also include teaching new behaviours in a way that students internalize the changes and manifest these changes in multiple contexts without the structures of a behaviourist inspired model. It is called the Neo Montessori Constructivist Intervention Model (NMCIM). The core of this new approach hinges on several assumptions:

The NMCIM emphasizes the process of learning new behaviours; guiding students to an internal understanding of the reasons why we are asking them to behave in a certain way that leads them to new frameworks of understanding. If control is what the teacher seeks, then the behaviourist model is where she should look for answers. If change and internalization are the instructor’s goals then the strategies of the NMCIM are where she should look. Ultimately it is a road map for teachers to use when developing an intervention. The NMCIM incorporates many of the Montessori concepts that work toward ‘normalization’ including the Cosmic Classroom. This concept emphasizes the importance and intentional awareness that we are all part of a larger community in the classroom and in the world. A true Montessori approach emphasizes concepts such as internal locus of control, autonomy and self-direction. These lead to the construction of an internal locus of control and behavior change. This model aims to de-emphasize simply controlling student behavior and working towards facilitating internal change (Knestrict, 2014).

Emphasizing responsibility and autonomy is the necessary difference between the NMCIM and those things teachers do ‘with’ children to teach new behaviors and the behavioristic emphasis or the things teachers do ‘to’ children to control behavior. The NMCIM creates language and it facilitates deep learning of the cultural norms of the classroom and fosters the emotional and intellectual autonomy that is required to change behaviour (Knestrict, 2014). It should also be stated that the NMCIM requires schools and teachers to value deep learning of new behaviors as well as academics while at the same time de-emphasizes testing outcomes and the covering of curriculum.

For more on the Neo Montessori Constructivist Intervention Model please refer to the reference below. 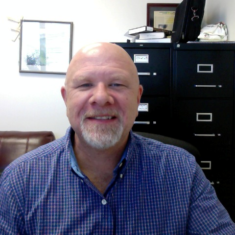 Associate Professor in Childhood Development and Literacy at Xavier University

Dr. Thomas D. Knestrict is Associate Professor in Childhood Development and Literacy at Xavier University (USA). He has been teaching for over 30 years. He taught in public (state) schools for 15 years as a special educator. The last 15 years he has been in higher education. His research interests are in behavioral intervention in schools, and families raising children with special needs. He is widely published, has produced two documentary films and is currently working on the Family Resource Building Project investigating the nature and needs of families raising a child with special needs. He is married to Christine, has three children and lives in Mason, Ohio