Lived experiences do not vanish into thin air like a mirage. They can be revisited under certain conditions using a relevant qualitative method. Simply asserting that a one-to-one in-depth interview in qualitative research opens the doors to individuals’ lived experiences, would in fact underappreciate the true power of qualitative interviewing (Guest et al., 2013; Mason, 2018).

In my recent research where I used one-to-one in-depth interviews to explore the formation of first-year undergraduate learner identity, the key findings (unsurprisingly) signalled high levels of covert anxiety among first-year undergraduates. One participant proclaimed that their pandemic-driven digitalised education had meant ‘the first year has been a complete write-off’. The in-depth interviews highlighted three main areas in which intensive research is required: pre-university academic experiences, motivation and sense of belonging, and modes of learning.

As a researcher I always seek to identify with the participants’ potential psychological state. Given the current pandemic and the rise in levels of anxiety, I was extra cautious in my latest research about not pushing my respondents into speaking about things they did not want to. Nuanced rather than direct questions allowed the participants to explore the answers to the research question from a broad perspective. The one-to-one interviews are also somewhat participatory as the order of questions are decided by following the participant around the topic of the talk rather than by imposing a specific direction (Kvale & Brinkmann, 2009).

During my interviews, the synchronous real-time aspect of online interviewing also helped me to monitor closely the changes in the participants’ psychological reactions and gestures. Once the respondent appeared to be ready and the talk was in full swing, I tried to capture the key words in the narratives and interrupted the respondent only to stay focused around the research questions.

In practice, starting the in-depth talk with a brief warm-up, for instance, helps to build trust (James & Busher, 2006). The warm-up parameters are wide and so can range from using a photograph of relevance to the talk or to the participant, to telling an anecdote that the participant may think intriguing in relation to the research topic. Using a picture of myself taken in my first-year undergraduate study not only helped me to introduce myself but also allowed me to raise some of the hardships that I had experienced, which helped to encourage interaction.

A caveat around in-depth interviews is that participants are likely to feel the lapse of time probably more than in any other method due to their in-depth nature. During the interviews I noticed that some respondents would gradually become impatient as time wore on, and become prone to fidgeting or looking slightly uneasy. On top of this, some of the participants noted that online interaction is not like stepping into a solid building and getting the answers in person. Interview data from my research showed that online interaction obscures intimacy and sincerity in human relationships.

‘Interview data from my research showed that online interaction obscures intimacy and sincerity in human relationships.’

Timing the participant recruitment stage is a further challenge of online interviewing. In educational research, if you plan to recruit interviewees at the end of the spring term when students are gradually leaving campus for their summer holidays, your recruitment process may suffer serious setbacks in terms of the response rate. The low response rate may be because online unstructured interviews are likely to result in distress on the part of the participant who may find it stressful to share their personal experiences in an in-depth interview (Corbin & Morse, 2003).

A low response rate, however, is not much of an issue in qualitative interviewing – albeit a broader sample size may be more representative of the target population in terms of age, ethnicity, gender and social class. But it is never straightforward to gain access to individuals’ lived experiences as, put simply, there may not be many people who are willing to volunteer as guinea pigs in empirical research.

The pandemic has certainly accentuated the role of qualitative interviews in understanding the relationship of education to student expectations. An in-depth interview is a powerful medium of extracting and distilling data from participants. Yet researchers need to be mindful of the quality of rapport, particularly when the talk is gradually built around sensitive data from the participants. 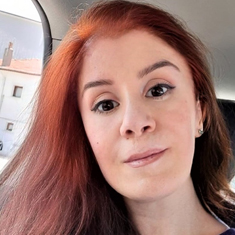 Selma Dogan has served as an English language tutor in higher education institutions in Turkey and the UK for many years. She has organised workshops on teaching essays to undergraduate students and presented various academic research papers at international conferences. She holds an MA in American studies from Istanbul University, Turkey and recently completed an MSc in social sciences research methods at Cardiff University, UK. She is currently a PhD researcher at Cardiff University exploring the transitional barriers for ‘non-traditional students’ to the first year of undergraduate study. She firmly believes that the ‘what works’ agenda in educational research can be fulfilled conducting research through the lenses of the participants. Research that relies on in-depth interviews practiced as part of a mixed methods approach can facilitate our understanding of the non-observables and complexity of social reality.