Nationalist far-right parties have recently gained popularity in Europe and the United States. The current rise of xenophobic populism is connected to a broader backlash against changing demographics and the rise of progressive pluralism (Mudde 2013). These shifts among voters’ attitudes echo changes in educational materials over the past few decades. Studying this educational content can shed light on the dominant visions of national identity within a society as well as the forces shaping future citizens.

Examining primary education is particularly instructive, as enduring ideas about national identity are often acquired during the years of primary socialization (Ichilov 1990; VanSledright 2008), and history and civic education for the primary schools have long been charged with transmitting a sense of national community and values to future citizens in Europe and North America.

curricula that increasingly and explicitly emphasise national attachment and cohesion

In France and the United States, for instance, the demographic and epistemological shifts of the 1950s and 1960s (including multiculturalism and feminism) led to public debate, especially in the early 1980s, over national identity and the role of schools in promoting national cohesion. In both countries, these debates led to curricula that increasingly and explicitly emphasise national attachment and cohesion – especially via history and civic education. As a result, textbooks in both countries display heightened nationalism since the early 1980s.

Educational materials in France and the United States promote cultural nationalism – that is, the belief that the state should represent a group of people who share a territory and who see themselves as belonging to one nation (Breuilly 1982/1993; Gellner 1997), with an attachment to a collective past (Calhoun 2007; Thomas 2012).

Though there are significant differences between French and U.S. approaches to history and civic education for the primary schools (as discussed in Hutchins 2016), both have come to emphasise more conservative visions of national identity. In French curricula and textbooks, this conservatism takes the form of reiterating commitment to secular assimilationism. Curricula and textbooks highlight progressive national values and promote pride in France’s current and historic commitment to equality and solidarity (both within the nation and with the poor worldwide). They also reflect the recent growth of colonial history among scholars, including clearer accounts of France’s colonizing past and its role in the trans-Atlantic slave trade. Yet, history and geography textbooks have increasingly omitted discussions of recent immigration to France and the difficulties faced by many Maghrebi and sub-Saharan African immigrants.

More significantly, broad educational policy initiatives – reemphasized in the wake of the 2015 terrorist attacks – call for teaching “republican values” in a move that clearly targets Muslim children (e.g., République Française 2015). Prominently featured among these values is secularism, which French public and educational authorities interpret to include banning religious clothing in public schools, in accordance with a 2004 law. In other words, faced with concerns over national unity and security, government response has been to focus on Muslim girls and women who choose to wear the hijab, indicating that their religious expression is incompatible with French civic identity.

U.S. textbooks, on the other hand, are more ethnically pluralist, celebrating ethno-cultural diversity as a core national trait. These books reflect some notable gains in multiculturalist historiography, namely incorporating more prominent accounts of slavery throughout American history and clearer depictions of the use of violence and deprivation of rights against African Americans during and after slavery. However, these progressive gains are largely overshadowed by more prevalent conservative nationalism. For instance, where textbooks of the early 1980s discussed the continuing need to fight racism and sexism and to protect the environment, these problems now seem relegated to the past. More recent textbooks instead celebrate the status quo, emphasising free-market capitalism as the major source of Americans’ exceptional freedom and touting loyalty to the state.

History and civic education curricula and textbooks reflect the current dominance of nationalist thinking that is, in many ways, anti-progressive

History and civic education curricula and textbooks reflect the current dominance of nationalist thinking that is, in many ways, anti-progressive. Scholars of education, policy makers, and teachers should be aware of nationalist bias in curricula and textbooks in order to truly build tolerance, unity, and solidarity within and between nation-states.

Thomas, Elaine R. 2012. Immigration, Islam, and the Politics of Belonging in France: A Comparative Framework. Philadelphia: University of Pennsylvania Press. 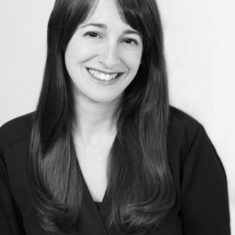 Rachel Hutchins is an associate professor in American Studies at the Université de Lorraine, in Nancy, France, where she also obtained her doctorate. She is originally from the United States and focuses particularly on applying a comparative international approach in her research, as in her recently published book, Nationalism and History Education: Curricula and Textbooks in the United States and France (Routledge, 2016). Her current research examines the nationalism of far-right political actors.