In an article recently published in the Nordic Journal of Comparative and International Education, we compared how national curriculum policy, in Norway and Brazil, adopted the global logic of accountability as disseminated by the Organisation for Economic Co-operation and Development (OECD).

The rationale behind our selection of these two cases was to compare different countries while concentrating on key similarities; a type of comparison known as ‘most different system design’ (Landman & Carvalho, 2017). In this type of research design, the focus is on the comparison of similar outcomes across different countries. In this case, both Norway and Brazil, apart from their striking cultural, social and political differences, have implemented testing systems to improve students’ learning outcomes in response to the disappointing results in the OECD’s Programme for International Student Assessment (PISA) (Karseth & Sivensind, 2011; Therrien & Loyola, 2001).

Borrowing from an institutional logics perspective (Thornton, Ocasio, & Lounsbury, 2012), the authors defined an accountability logic as:

symbolic and material practices, that are related to making visible and reporting students’ learning outcomes to the public, and to interested social groups and individuals, by which school actors and schools provide meaning to their practices and organize their work in schools. (Lennert da Silva & Parish, 2020, p. 67)

One example of the symbolic practices that constitute the accountability logic is the use by the OECD of this logic combined with the value of education for all. In OECD documents (for example, Schleicher, 2019), the use of accountability tools makes students’ learning outcomes visible to policymakers, so that they can learn with the countries showing the best results and adjust their policies to ensure quality education for all. The material practices consist in the implementation of testing systems that provide indicators to improve the quality of education. Even though this study did not directly address school actors and practices in schools, we examined how policymakers borrowed the global accountability logic to provide meaning, organise and reproduce material practices and resources. Therefore, the ways in which the global accountability logic is adopted in national curriculum policy establishes the context for teaching practices and the organisation of the work in schools.

‘The ways in which the global accountability logic is adopted in national curriculum policy establishes the context for teaching practices and the organisation of the work in schools.’

Our study found commonalities and differences in the adoption of the global accountability logic, highlighted by coherence and contradictions that emerged from the analysis of the two countries’ policy documents. One of the commonalities is that, in both Norway and Brazil, the assumption that accountability can lead to better-quality education for all provides legitimation for the adoption of testing systems, in line with the OECD global logic of accountability. The differences were expressed by the existence of coherent and contradictory logics in the national curriculum policy of the country-cases. For example, Norwegian policy documents presented the use of accountability measures as a way of ensuring quality education for all, which justified the implementation of a testing system, the redistribution of responsibilities to schools, and the focus on collaboration as a form of holding teachers accountable for students’ learning outcomes. On the other hand, the Brazilian policy documents reflected the existence of different social groups in policymaking. Within the same documents, arguments were presented for the use of accountability measures, alongside critiques of these measures that suggested their abolition and a more democratic form of organisation of schools that would not necessarily be focused on students’ learning outcomes. Our study provides the context that can inform future research on the enactment of the global logic of accountability by teachers in Norway’s and Brazil’s schools. 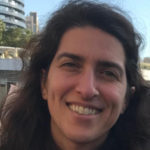 Ana Lucia Lennert da Silva is a PhD candidate at the Department of Social and Educational Sciences, Inland Norway University of Applied Sciences. Her interests concern studying education from the teachers' perspectives. Her PhD explores how accountability, manifested in the use of data of large-scale studies and other practices to display and evaluate the work of teachers, impacts on teacher autonomy and teacher agency in lower-secondary schools in Brazil and Norway. 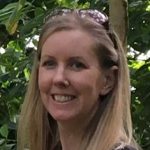 Karen Parish is an associate professor of education at the Faculty of Education, Inland Norway University of Applied Science. She has a PhD in comparative and international education with a focus on the International Baccalaureate. In her research, Karen explores the ways in which global discourses impact national and local contexts. In particular, by borrowing the concept of institutional logics from organisational theory, she has contributed to the development of our theoretical understanding of these phenomena. Other research interests include the use of digital tools in learning environments as resources that can improve learning, the role of attitudes in promoting inclusive education, and how global school choice discourses impact at the local level in different contexts.

Teaching professionalism in Norway and Brazil: Why combine concepts and compare countries?

Knowledge about what? ‘The knowledge question’ in the Norwegian curriculum