‘To highlight how articles are modified during their transition from the UNCRC into policy and practice, we conducted an in-depth and critical analysis focusing on the reshaping of one article during one stage of the translation process. Specifically, we looked in detail at how Part 1 of Article 12 was translated into education legislation within England.’
(Robinson, Quennerstedt, & I‘Anson, 2019).

Drawing on the United Nations’ reading of this article (UN, 2009), we identified the following principles as pertaining to the article.

We then scrutinised all English education regulations, acts of parliament and government statutory guidance for mainstream schools between 2002 and 2018 to identify explicit and implicit references to the article and its principles – our analysis made four core findings.

We conclude that principles pertaining to Article 12 incorporated within education legislation reflect education ministers’ and civil servants’ individual political assessment vis-a-vis the desirability of particular principles in relation to policy commitments and agenda. Of particular concern is that those responsible for enacting the legislation may believe in good faith that they are engaging with the article from the UNCRC, while in actuality they are enacting a partial rendition (I’Anson, Quennerstedt, & Robinson, 2017). For example, current English education legislation significantly narrows children’s right ‘to express those views freely in all matters affecting the child’ (UN, 1989) and encourages processes and procedures to support the expression of pupils’ views to be defined by adults.

As a consequence, it is practitioners and other adults in schools who determine the aspects of school life where pupils are invited to voice their opinion and in which pupils’ opinions are sought, with little or no opportunities for pupils to exercise free choice about their involvement. Furthermore, although Article 12’s reference to the right for children’s views to be given ‘due weight in accordance with the age and maturity of the child’ is included in education legislation, guidance on how to implement this is lacking. Implementation is, therefore, dependent upon practitioners’ perspectives of how ‘capable’ they consider pupils to be in voicing their opinion and, significantly, on which perspectives practitioners choose to place the most emphasis.

‘It is practitioners and other adults in schools who determine the aspects of school life where pupils are invited to voice their opinion and in which pupils’ opinions are sought, with little or no opportunities for pupils to exercise free choice about their involvement.’

So, it is the article in translation – as it appears in a given state’s education legislation – that is mobilised into school policies and practices, which creates the potential for a further widening of the divide between the original article and the version that is implemented in reality.

This blog is based on the article ‘The translation of articles from the United Nations Convention on the Rights of the Child into education legislation: The narrowing of Article 12 as a consequence of translation’ by Carol Robinson, Ann Quennerstedt and John I’Anson, published in the Curriculum Journal [https://doi.org/10.1002/curj.6].

Robinson, C., Quennerstedt, A., & I‘Anson, J. (2019) The translation of articles from the United Nations Convention on the Rights of the Child into education legislation: The narrowing of Article 12 as a consequence of translation. Curriculum Journal, 31(3). Advance online publication. https://doi.org/10.1002/curj.6

United Nations [UN]. (2009). UN Committee on the Rights of the Child: General comment no 12 – The rights of the child to be heard. Retrieved from https://www2.ohchr.org/english/bodies/crc/docs/AdvanceVersions/CRC-C-GC-12.pdf 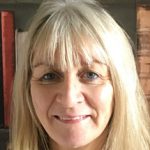 Carol Robinson is a professor of children’s rights at Edge Hill University. Her research interests combine theoretical and empirical work focusing on the voices, experiences, rights and empowerment of children and young people. A major focus of Carol’s work has been around developing insights into issues relating to children’s human rights education (HRE). She regularly receives invitations to contribute to discussions on children’s rights and voice. In October 2018 she commented on the UK’s Equality and Human Rights Commission draft strategy for school-based HRE and contributed to an all-party parliamentary group discussion at the House of Commons focusing on a vision for public (including school-based) legal and human rights education. Furthermore, in March 2019, following an invitation from the chair of the Care of Children in Jersey Review Panel, Carol commented on the draft law relating to the powers of the Children’s Commissioner for Jersey.