We know that parents are given some choice over which school their children can attend. To this end academics, drawing on work by Bourdieu (1990), have explored the habitus and culture of both working-class and middle-class parents, focussing on the school choice practices of the parents (Exley, 2013).

In the policy and popular rhetoric on parental choice no attention is focussed on the constraints faced by some working-class parents which limit their choices: this results in a large proportion of parents not acting in ways envisaged by policymakers. The reality is that the choice of a ‘better’ school is not always readily available to all, and policymakers fail to understand that many parents have limited access to the necessary resources, both cultural and economic, that enable them to make informed school choices for their children.

The misapprehension that ‘parental choice’ allows all parents to choose the ‘best’ school for their children is based on the assumption that all parents have the requisite information, knowledge and economic means to make these choices equally. This was apparent in a recent study on academically successful white working-class boys (Travers, 2016). Most young men in the study were eligible for free school meals and attended their local secondary school. Some of these schools were in ‘special measures’ or ‘inadequate’ according to Ofsted. One of the study’s respondents, Griff, found himself attending such a school. While this greatly concerned his parents, they felt powerless to make any other choice. As Griff explained, there was no other secondary school within walking distance from their home, and his parents could not afford to pay Griff’s daily bus fare to a ‘better’ school further afield (ibid).

Another young man, Ryan, was hoping to go to university to study physics, but the sixth form college that specialised in the sciences was in the next town and his mother could not afford to provide the daily bus fare. Fortunately for Ryan the educational maintenance grant (EMA) was still available at the time he was entering the sixth form, and he qualified for it. Ryan used his allowance to pay his daily bus fare. He went on to successfully complete his science A-levels and studied at Oxbridge where he obtained a first in physics. Ryan emphasised that without the EMA he could not have attended that particular sixth form college (Travers, 2017).

‘School choice’ has become a device by which social class differences serve to perpetuate educational inequalities rather than improve them.

Policymakers need to recognise that some policies exacerbate inequalities both socially and educationally. The retraction of the EMA was one such policy, and the concept that parents all make their choices under the same circumstances has resulted in another policy being enacted that also exacerbates class inequalities. ‘School choice’ has become a device by which social class differences serve to perpetuate educational inequalities rather than improve them.

As the Social Mobility Commission (2017) recently reported, disadvantaged children are less likely to go to secondary schools rated ‘good’ or outstanding’ than their more advantaged peers, and there remains in England an entrenched correlation between social class, educational success and economic wellbeing.

Travers M-C (2016) Success against the odds! An analysis of the influences involved in accessing, experiencing and completing an undergraduate degree for white working-class men, unpublished PhD thesis, King’s College London 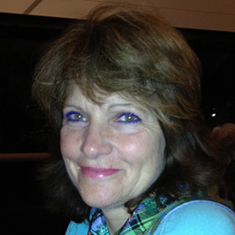 Mary-Claire Travers undertook a PhD at King’s College London, and worked in the Department of Education and Professional Studies there. She is currently involved, on a part-time basis, in an EEF-funded project on Best Practice in Setting, headed by Professor Becky Francis at UCL-IOE. Travers’s interest in the educational achievement of white working-class boys began in the late 1970’s, when teaching this cohort of students in very deprived parts of south London left her feeling that something different had to be tried to lift their academic achievements. Her research on white working-class boys’ academic achievement aimed to establish the multifaceted variables that enabled a small group of them to achieve academic success. These young men also provided unique perspectives on issues faced by white working-class boys. This research is ongoing.

Setting and the academic underachievement of white working class boys

How do we truly assess success and long-term achievement in learning: exams, or innovative contextualised creative assessment?