I have been interested in the educational achievement of white working class students since the late 1970’s when teaching in very deprived parts of south London, left me feeling that something different had to be tried to lift the academic achievements of this cohort of students. There was then, and there continues to be, a rump of some 20 -25% of young people in England who leave school with limited qualifications (Maguire, 2009). White working class boys have always been disproportionately represented in this cohort (Strand, 2014).

The under-achievement of white working class boys in England is well documented and this cohort remain the lowest academic achievers at the age of 16 for any socio-economic class grouping (Strand, 2014). To date most research that has focussed on white working class boys has dealt with their failure to engage with education and the reasons why they do not engage (Hills et al., 2010; Willis, 1977).

In contrast, I have taken a different approach to a topic that is often reviewed from a problem based stance. There is little research that explores academically successful white boys from a working-class background and the multifaceted variables that contribute to their success. My study provides detailed, critical and socially contextualised accounts of the life experiences of 15 academically successful white working class young men. The research data that forms the basis for this study was gathered from three in-depth semi-structured interviews conducted with the young man over the period of their university undergraduate studies. Eight of the men attended post-92 universities and seven attended elite universities.

The young men were not immune to the adverse situations that many working-class students face educationally but they had also had compensatory factors in their lives that enabled them to experience academic success. They all came from families who valued education but most of their siblings did not go on to higher education and this speaks of the young men’s agency. They all experienced academic success early and this seemed to have stood them in good stead when, later in their school careers, many of them found themselves in challenging secondary schools and situations. Mentor teachers played an important if not fundamental role in the academic lives of the participants, progression to university would in many cases not have happened without these mentors who played an instrumental role in the academic trajectories of the young men.

The young men’s stories tell of achievement against the odds, all needed persistence, resilience and sheer determination at various stages in their school and university careers. It is little wonder then that so few young white working class men manage to get through the net each year. Despite the rhetoric about improving opportunities for those less well off in society, society by and large continues to reproduce itself. Without the help of inspirational teachers, the young men who participated in my study would not have achieved their goal of obtaining entrance to university. Their teachers really mattered! 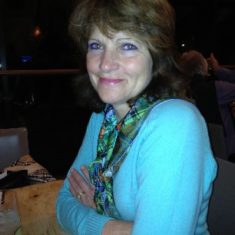 Mary-Claire undertook a PhD at King’s College London and worked in the Department of Education and Professional Studies there. She is currently involved, on a part time basis, in an EEF funded project on Best Practice in Setting headed by Professor Becky Francis at UCL IOE.

Travers’s interest in the educational achievement of white working class boys began in the late 1970’s when teaching this cohort students of in very deprived parts of south London, left her feeling that something different had to be tried to lift their academic achievements.