Learner-centred pedagogy (LCP) has been introduced in numerous countries around the world, usually as a response to the perceived lack of effectiveness of traditional ‘teacher-centred’ approaches (which, ironically, have experienced a ‘second wave’ in the UK since the Conservative Party election victory in 2010, as epitomised by Michael Gove’s views on education here). However, despite continuing to be encouraged by important global aid agencies such as UNESCO, UNICEF and the World Bank, we still lack conclusive evidence as to whether LCP is actually practised in local schools and to what extent it really makes a positive difference in student outcomes.

First, we found that, despite LCP being introduced in numerous countries worldwide, teacher-centred approaches still dominated in the majority of contexts. This finding is concerning, given the vast amount of time and resources that have been, and will continue to be, invested into LCP reforms in low- and middle-income countries.

Second, we identified a wide variety of constraints (that is, what is hindering implementation) and enablers (that is, what might help implementation). These ranged from teachers’ and students’ individual factors, classroom resources and conditions, and school leaders’ and teachers’ commitment to and support for LCP implementation, to policy-related factors such as curriculum design and teacher recruitment and development, and wider society-level issues such as human relationships and views of knowledge. Educational stakeholders might benefit from thinking about these constraints and enablers in order to decide what, if anything, might be done to facilitate LCP implementation in their contexts. It may be that LCP is unrealistic and more teacher-centred approaches are more likely to lead to desired outcomes. Alternatively, and perhaps most sensibly, stakeholders may need to reflect on how they can combine some elements of LCP with traditional pedagogies in order to best meet local needs.

‘Stakeholders may need to reflect on how they can combine some elements of learner-centred pedagogy with traditional pedagogies in order to best meet local needs.’

Third, the review explored not only whether LCP was evident in the classroom but also its outcomes – in other words, what might happen as a result of LCP implementation (we explore this in more detail in another open access journal article, see Bremner et al., 2022). We found that the majority of studies reported positive outcomes, but we must also stress that the evidence base remains very thin. There were only a handful of studies that reported ‘objective’ evidence of LCP being any better than previous teacher-centred approaches. Further, we must also consider the possibility of ‘participant bias’ – where participants consciously or unconsciously give the answers that they think the researcher is expecting – or ‘publication bias’ – that is, the tendency for researchers who have positive views on LCP to research it and/or the implicit pressure for journals to only publish findings when they are positive. What we need, then, is more large-scale, rigorous research on LCP implementation and its outcomes, especially if so much time and so many resources continue to be poured into it. The problem, of course, is that such studies require financial resources, which are not always available in low- to middle-income countries.

A final important finding of the review was that many studies highlighted not only students’ academic learning outcomes (which has received the most attention in LCP discourse), but they also emphasised other outcomes such as increased motivation, self-esteem and confidence, as well as changes in traditional relationships between teachers and students. Although these non-cognitive outcomes tended not to be reported ‘objectively’ – that is, they were mostly self-reported by participants – they were actually more common than students’ formal academic ‘progress’ at school. We consider this to be an important finding, given that LCP may potentially lead to many positive changes in students’ overall lives beyond their performance at school or in standardised examinations. However, the vast majority of the studies we looked at captured these outcomes at one specific point in time. What is missing, we think, are studies that explore how such changes manifest themselves, in different contexts, over longer durations of time. The review also highlighted that many teachers are becoming more positively disposed to LCP over time, even if contexts dictate that they are not immediately able to put LCP into practice.

This blog post is based on the article ‘A systematic review of the implementation of learner-centred pedagogy in low- and middle-income countries’ by Nozomi Sakata, Nicholas Bremner and Leanne Cameron, published in the Review of Education. 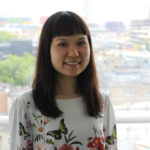 Nozomi Sakata is Assistant Professor in the Centre for the Study of International Cooperation in Education at Hiroshima University, Japan. In the field of Comparative and International Education, her research interests include educational policy diffusion and implementation with a focus on pedagogical reform in low- and middle-income countries. Her current research examines alternative pedagogies aligned with capabilities valued by local policy actors in the region. 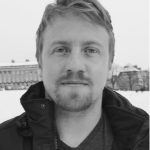 Lecturer in Language Education at University of Exeter

Nicholas Bremner is Lecturer in Language Education at the University of Exeter, UK. His main research focus is exploring the different ways in which learner-centred approaches are conceptualised, and implemented, in diverse teaching contexts. He is also interested in using visual methods such as timelines to enhance reflective practice in teacher education. 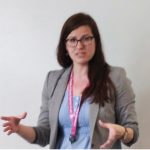 Leanne Cameron is a researcher, practitioner, and education advisor with a portfolio of work focused on education policy and the development of teachers in low- and middle- income contexts. She holds a PhD in Education from the University of Bristol, and her research to date has focused on teacher professionalism, language-in-education policy, pedagogical change, English language teacher development and professional associations in sub-Saharan Africa, and Foucauldian and postcolonial approaches to theorising teachers’ work and professional lives. She currently works as a senior consultant with the Education Development Trust.

Knowledge about what? ‘The knowledge question’ in the Norwegian curriculum