Scotland’s Curriculum for Excellence treats the subject of history (or People, Past Events and Societies, as it is known) as a ‘social subject’ alongside geography and modern studies.  It is suggested that these subjects are best understood together as a way of helping young people make sense of the society in which they live, but history loses something of its unique identity when it is forced to cohabit with other subjects. In Curriculum for Excellence history’s primary function is the socialisation of children into Scottish society not, as we might expect, to encourage rigorous and critical thinking about the past.

Heritage, on the other hand, is no respecter of evidence and makes a virtue of the useful myth

Issues of identity and heritage are foregrounded in the curriculum so a child develops a ‘sense of my heritage and identity as a British, European or global citizen and can present arguments about the importance of respecting the heritage and identity of others’. However, heritage is distinctly unhistorical; to borrow a phrase from David Lowenthal, it makes a weapon of history.  As a discipline, History aspires to an evidence-informed account of the past. Heritage, on the other hand, is no respecter of evidence and makes a virtue of the useful myth.

History educators in Scottish schools must therefore be careful. Children in the early years of secondary school are developing a sense of their own identity, but what role should schools play in helping children ‘develop’ that sense?  Should useful myths be embraced for their socialising function, or should they be interrogated and questioned as constructs? A focus on heritage and identity would favour the former, a focus on the discipline of history would suggest the latter. As John Slater said, history ‘not only helps us to understand the identities of our communities, cultures, nations by knowing something of the past, but also enables our loyalties to them to be moderated by informed and responsible scepticism’.

A similar attempt at socialisation is made with the curriculum’s understanding of empathy. Historians would agree that a particular kind of empathy underpins their discipline, but that historical empathy differs from ‘empathy’ as commonly understood. While both forms of empathy try to see the world from another’s point of view, historical empathy is complicated beyond all recognition by the strangeness of the past.  Historical understanding means comprehending why seemingly irrational ideas like witch trials, trial by ordeal and geo-centrism were once held to be common sense.  Historical empathy, therefore, is something more than a purely emotional endeavour; it also demands a thoroughgoing knowledge of the period under investigation.

The presentation of ‘empathy’ in Curriculum for Excellence contains none of this refinement. It asks that children can ‘express an informed view about the changing nature of conflict over time, appreciate its impact and empathise with the experiences of those involved’.  Empathy is presented here as something students should do to understand the lives of people in extreme or emotionally challenging circumstances. Rather than attempting to inhabit the world of the past, children are being asked simply to understand the afflicted.  The danger, of course, is that this ceases even to be empathy in the loosest sense and veers into compassion or sympathy.  Without a rigorous historical education, children assume that social norms that pertain today are timeless: which history teacher has not read a child’s ‘letter from the trenches’ filled with anachronistic ideas about the futility of the war.  Indeed, as recent historiography on the Great War demonstrates, soldiers were motivated to continue fighting by ‘old-fashioned’ notions of companionship, patriotism and a sense of duty which seem deliberately to resist our well-intentioned twenty-first century empathy.

I have suggested that the characterisation of history as a ‘social subject’ in Curriculum for Excellence might lead children to a distorted understanding of the past.  The challenge of working with the curriculum lies with classroom teachers who must reconcile the competing aims of inducting children to Scottish society and teaching children something of the discipline of history. 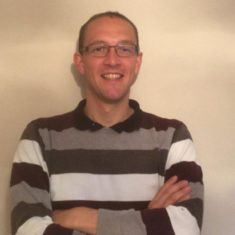 Joe Smith is a Lecturer in History Education at the University of Stirling. Prior to Stirling, he worked at Edge Hill and Liverpool Hope Universities and as a secondary history teacher for nine years. Until 2012, he was Senior Lead History Practitioner at SSAT.

Joe’s doctoral thesis focused on teacher resistance to the 2013 National Curriculum in England. His current research interests involve the history curriculum and history teachers’ understanding and mediation of it.  He will be presenting a retrospective of the last 25 years of history in Scottish schools at the BERA Conference in September.

Supporting teachers who have trained during the pandemic to thrive in their first year of teaching: A guide for secondary schools