In recent years, teaching within higher education has undergone a shift toward increasingly student-led pedagogies, as institutions seek to improve student autonomy, motivation, and achievement (Rowley, Fook & Glazzard, 2018). As part of this shift, heutagogy, a form of self-determined learning, has been positioned in the literature as being ideally suited for use in higher education settings (Abraham & Komattil, 2017). The heutagogical approach puts the learner firmly in control of their own learning, moving beyond the acquirement of competencies (knowledge and skills), and focussing instead on the development of capability – that is, the ability to appropriately and effectively apply one’s competence in novel and unanticipated situations (Hase & Kenyon, 2007). As such, heutagogy is said to develop adaptive and reflective learners, who are better equipped with the attributes required for the modern workplace, where the pace of change is rapid and innovators, complex problem solvers, and good communicators are in demand (Blaschke & Hase, 2015).

Our recent work has involved the application of heutagogy with cohorts of undergraduate students at two different UK institutions. While our ongoing experiences have led us to believe that, when implemented longitudinally, heutagogical approaches offer great potential for developing capable, self-determined learners, we have doubts about its suitability when deployed over shorter periods (a single semester or academic year, for example). Although students appear to value and desire autonomy and self-determination in their studies, many also appear to lack the attributes (such as knowledge, skills and attitude) they need in order to learn in more autonomous and self-determined ways (Stoszkowski & McCarthy, 2018).

Most students are products of a teacher-centred, outcome-based educational system, where the environment is ‘more for grades and degrees than for developing curious, self-directing, lovers of learning’ (Ricci & Pritscher, 2015, p.4). As concepts such as self-determination are difficult to measure and assess, despite being relatively observable, they are typically not part of curricula and many students might therefore have little experience of being self-determined in their learning. Can we therefore expect them to undertake and succeed on relatively short, assessed modules underpinned by heutagogical principles? Furthermore, if our education system typically rewards specific quantities of knowledge rather than qualities of behaviour, why would a student want to be more heutagogical? Especially when, in an era of higher tuition fees, they might increasingly view themselves as consumers of education, with institutions responsible for their grades as opposed to their learning.

We believe heutagogy requires a more deliberate and carefully staged introduction and implementation than is perhaps currently espoused by many heutagogic enthusiasts – it is not a panacea or ‘quick-fix’. Those considering a heutagogical approach need to carefully consider at what stage and for how long they intend to utilise it, as well as the specific biography and individual learning needs and attributes that each student possesses. Although some students may thrive in an environment that affords them greater freedom and autonomy, others may not. This is not to suggest that they don’t recognise the importance of the capabilities associated with becoming more self-determined; rather, they might not possess the requisite attributes associated with developing those capabilities.

For these reasons, we believe that before imposing heutagogy upon learners, we should at least appreciate that it is likely to be differentially effective. More in-depth investigation is therefore required into the underpinning contexts and mechanisms that might bring about different outcomes for different students on programmes underpinned by heutagogical principles. Doing so will help begin to explain how we might make heutagogy less of a predicament for some, and more amenable and impactful for all. 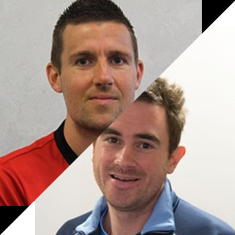 Dr John Stoszkowski is a senior lecturer in the School of Sport and Wellbeing at the University of Central Lancashire. His main research interests focus on learning in sports coaching and higher education contexts. Previously, he held player and coach development roles at the Professional Golfers’ Association and England Golf, and was managing director of a sports coaching enterprise specialising in school sport. John is a fellow of the Higher Education Academy. His Twitter handle is @JohnStoszkowski.

Liam McCarthy is a lecturer in the School of Sport Health and Applied Sciences at St Mary’s University, London. His main research interests are in the field of coach education and development, with a specific focus on programmes which support the learning and development of sports coaches, at all levels. Previously, he held the post of head of coaching at a medium-sized National Governing Body (NGB) in the UK where he was responsible for designing and delivering coach education and development policy and programmes. Liam is a fellow of the Higher Education Academy. His Twitter handle is @sportscoachdev.