Before the Covid-19 pandemic, over 4.2 million children in Britain were living in relative poverty. Since then, this figure has increased by 200,000 (McNeil et al., 2020). Rising levels of food insecurity among families mean the school lunch is often children’s main meal of the day. But while school meals can mitigate some of the direct effects of poverty on children’s diets, too often this potential is unrealised.

In our international comparative study, Families and Food in Hard Times (O’Connell & Brannen, 2021), carried out in the UK, Portugal and Norway, we set out to understand what shapes the food eaten by young people aged 11–16 and their families who live on low incomes. We conceptualised reality at three intersecting analytic levels. At the macro level, we examined the national policies and discourses concerning access to food in each country. At the meso level we explored the resources available locally via observations and interviews, including with teachers. And at the micro level of the family, we carried out qualitative interviews and other methods with young people and at least one parent in 133 families living in two contrasting regions of each country – the capital cities and less urbanised areas. In our analysis of households as resource units, free school meals (FSMs) emerged as one form of support to which low-income families had varying access.

In Norway, the wealthiest and most egalitarian of our three countries, schools did not generally provide meals. Instead, children brought packed lunches in accordance with the Norwegian tradition of a cold midday meal. Given the high cost of food, including bread, in Norway, some low-income families struggled to provide packed lunches.

In the UK, a relatively wealthy country with high levels of income inequality, a mixed approach to school food operates, reflecting its fragmented education and funding systems. While free school meals in Britain have historically been provided to children ‘in need’, today around half of children growing up in income poverty are excluded. We found the food that was on offer – and that children could afford with FSM allowances – in schools in England was at times woefully inadequate to meet their nutritional, energy and social needs. Some children were stigmatised, while others went without anything to eat or were fed at schools’ discretion. Eligibility for free school meals excluded many children living in poverty, including those whose parents were in paid work or had No Recourse to Public Funds funds (NRPF) because of their migration status. While campaigns by charities and the footballer Marcus Rashford have been successful in securing extensions to the provision of FSM in school holidays, and for some children whose families have NRPF, these extensions are temporary.

‘While free school meals in Britain have historically been provided to children “in need”, today around half of children growing up in income poverty are excluded.’

In Portugal, by contrast, the poorest of the three countries, a standardised menu is offered to children, irrespective of families’ ability to pay, including a daily soup starter, meat and fish on alternate days, bread and a piece of fruit or (occasionally) jelly for dessert. A three-tier system of school meals payment operates. Those in the lowest income group are entitled to a free school meal; others pay half the subsidised cost, while the rest pay the full amount capped at €1.46 per day (with a small surcharge if paid on the day). In our Portuguese sample, the great majority of children were in receipt of a free school meal, with the rest entitled to a 50 per cent subsidy.

Based on our research, we argue that what is most important in determining whether children and families can eat properly is adequate household income: governments should use living standards research to ensure that wages and benefits in combination are enough to enable families to buy food that meets their needs for health and social participation (O’Connell et al., 2019). However, while they are not a ‘magic bullet’, school meals are also a collective resource, like education, to which children should be entitled (Veit-Wilson, 2019).

The UK can learn much from Portugal and, given our relative wealth, we can go further. Nutritious school meals should be routinely provided free for all children throughout compulsory schooling, without stigma or means testing. As Margaret McMillan argued a century ago, if the state insists on compulsory education, it must take responsibility for the proper nourishment of school children. Or, as Danny Dorling wrote more recently, ‘we don’t have free school chairs or tables for means-tested children while others pay for their chairs or tables or bring them in from home’ (Dorling, 2010, p. 19).

‘Nutritious school meals should be routinely provided free for all children throughout compulsory schooling, without stigma or means testing.’

Publicly funded, healthy school meals protect children from the direct effects of poverty on their food security, while underfunded and weakly regulated school food provision compounds children’s experiences of disadvantage and exclusion. The right to food needs to be incorporated into domestic law (Shields, 2021, p. 117). A nutritious meal at school should be an inalienable right of all children.

This blog post is based in part on the book Families and Food in Hard Times: European Comparative Research by Rebecca O’Connell and Julia Brannen, published by UCL Press (2021) on an open access basis. The book can be freely downloaded from the publisher’s website.

Families and Food in Hard Times was funded by the European Research Council under the European Union’s Seventh Framework Programme (FP7/2007-2013) /ERC grant agreement no 337977.

Dorling, D. (2010). Using the concept of ‘place’ to understand and reduce health   inequalities. In F. Campbell (Ed.), The social determinants of health and the role of local government (pp. 16–25). Improvement and Development Agency. https://www.dannydorling.org/wp-content/files/dannydorling_publication_id2886.pdf 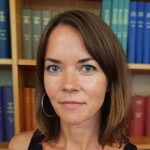 Reader at IOE, UCL's Faculty of Education and Society

Rebecca O’Connell is reader in the sociology of food and families at the Thomas Coram Research Unit, UCL Institute of Education. 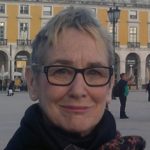 Emeritus Professor at IOE, UCL's Faculty of Education and Society

Julia Brannen is professor emerita of the Sociology of the Family at the Thomas Coram Research Unit, UCL Institute of Education.